Don’t miss their lectures at the annual meeting in Philadelphia

The winners of the American Society for Biochemistry and Molecular Biology annual awards were nominated by colleagues and other leaders in their fields for making significant contributions to biochemistry and molecular biology and the training of emerging scientists. The recipients will give talks about their work at the society’s 2022 annual meeting, which will be held in conjunction with the Experimental Biology conference April 2-5 in Philadelphia. In addition to cash prizes ranging from $500 to $35,000, each ASBMB award consists of a plaque and transportation expenses to the ASBMB annual meeting.

Learn more about the ASBMB awards. 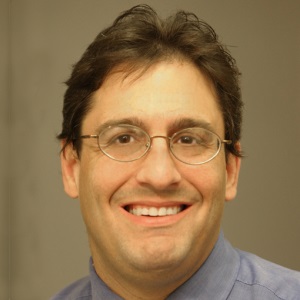 Joseph Provost, a professor and chair of the chemistry and biochemistry department at the University of San Diego, won the 2022 ASBMB Award for Exemplary Contributions to Education, which the society’s Education and Professional Development Committee gives to a scientist who encourages effective teaching and learning of biochemistry and molecular biology through his or her own teaching, leadership in education, writing, educational research, mentoring or public enlightenment. Provost studies the role of transport protein in directed cell motility and tumor progression. He is a member of the ASBMB Membership Committee, served on the EPD committee from 2002 to 2017 and chaired the undergraduate Student Chapters subcommittee from 2006 to 2010. Read about Provost's research. 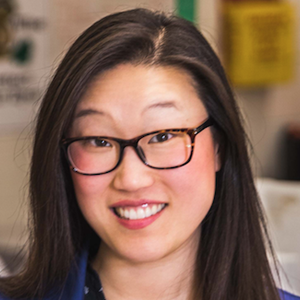 Lea Vacca Michel, an associate professor in the Rochester Institute of Technology School of Chemistry and Materials Science, won the 2022 Early-Career Leadership Award, which was established by the ASBMB Women in Biochemistry and Molecular Biology Committee to recognize individuals with a strong commitment to advancing the careers of women in biochemistry and molecular biology along with demonstrated excellence in research, discovery and/or service. Michel’s lab studies dual oriented bacterial lipoproteins and crystallin proteins, which are localized in the eye lens. Read about Michel's research. 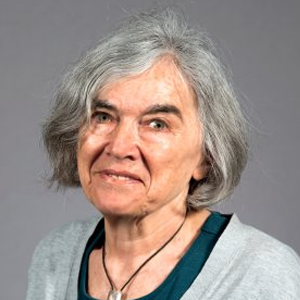 Marlene Belfort, a distinguished professor at the University of Albany’s RNA Institute, won the 2022 Mid-Career Leadership Award, which was established by the ASBMB Women in Biochemistry and Molecular Biology Committee to recognize individuals with a strong commitment to advancing the careers of women in biochemistry and molecular biology along with demonstrated excellence in research, discovery and/or service. Belfort’s work focuses on the structure, function and regulation of introns and inteins. She is an elected member of the National Academy of Sciences. Read about Belfort's research. 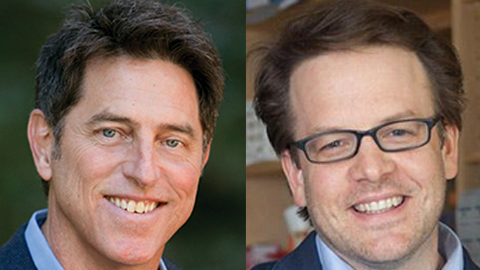 Robert V. Farese Jr. and Tobias C. Walther won the 2022 ASBMB–Merck Award, which recognizes outstanding contributions to research in biochemistry and molecular biology. The pair’s joint lab studies lipid homeostasis and storage and neurodegeneration. Farese and Walther are professors at Harvard Medical School and the Harvard T.H. Chan School of Public Health, and both are associate members of the Broad Institute of MIT and Harvard. Farese chairs the molecular metabolism department at the T.H. Chan School, and Walther is an investigator of the Howard Hughes Medical Institute. Walther received the ASBMB Walter A. Shaw Young Investigator Award in Lipid Research in 2013. Farese received the ASBMB Avanti Award in Lipids in 2016. Read about Farese and Walther's research. 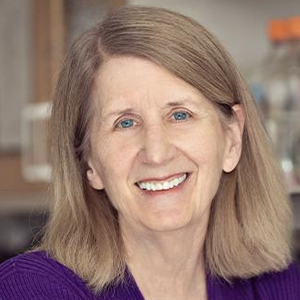 Janet Smith, a professor at the University of Michigan Medical School, associate director of the UM Life Sciences Institute and scientific director of the GM/CA beamlines at the Argonne synchrotron, won the 2022 Mildred Cohn Award in Biological Chemistry, which honors scientists at all stages of their careers who have made substantial advances in understanding biological chemistry using innovative physical approaches. Smith’s research group studies protein structure using X-ray crystallography. The award is named for the first woman president of the ASBMB. Read about Smith's research. 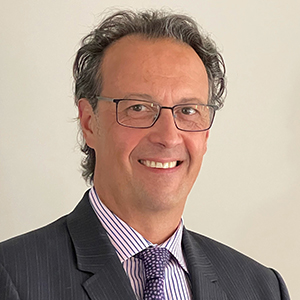 Alex Toker, associate director for the Cancer Research Institute at Beth Israel Deaconess Medical Center and professor at Harvard Medical School, won the 2022 Avanti Award in Lipids, which recognizes outstanding lipid research contributions. Toker is an expert in the signaling mechanisms that govern cancer progression. His lab specifically focuses on the PI3K signaling pathway in breast and other cancers and the mechanisms by which the protein kinase AKT promotes tumor cell survival and growth and the metabolic reprogramming of cancer cells. He recently was named editor-in-chief of the ASBMB’s Journal of Biological Chemistry. He also has served as chair of the editorial advisory board for ASBMB Today. Read about Toker's research. 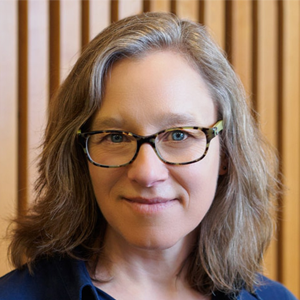 Kathleen Collins, professor and chair at the University of California, Berkeley, won the 2022 Earl and Thressa Stadtman Distinguished Scientist Award, which is awarded to an established scientist for outstanding achievement in basic research. Collins has studied telomerase structure and function for almost three decades. Collins’ lab now is applying those insights to investigate eukaryotic retroelements, their reverse transcriptases, and the biogenesis and RNP assembly of processed RNA used as a template for nick-primed cDNA synthesis. She is an elected fellow of the American Academy of Arts and Sciences and a former chair of the ASBMB Publications Committee. Read about Collins's research. 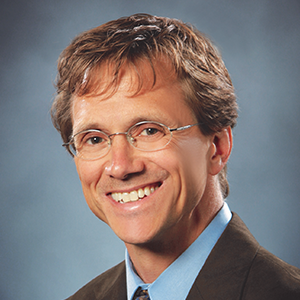 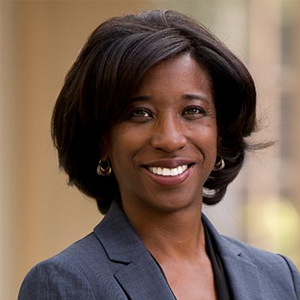 Tracy Johnson, dean of life sciences and a professor at UCLA and a Howard Hughes Medical Institute professor, won the 2022 Ruth Kirschstein Diversity in Science Award, which the ASBMB Minority Affairs Committee gives to an outstanding scientist who has shown a strong commitment to the encouragement of underrepresented minorities to enter the scientific enterprise and/or to the effective mentorship of those within it. Her lab studies the mechanisms of co-transcriptional pre-mRNA splicing in yeast. Johnson previously served as associate dean for inclusive excellence at UCLA. She currently leads UCLA’s HHMI Pathways to Success Program, which offers an early opportunity for undergraduate summer research and extensive mentoring. Read about Johnson's research. 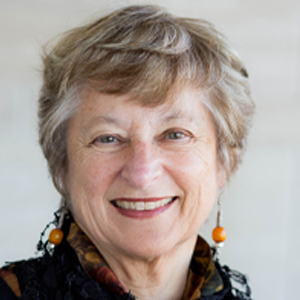 Susan S. Taylor, a distinguished professor at the University of California, San Diego, won the 2022 Herbert Tabor Research Award, which is given for excellence in biological chemistry and molecular biology and contributions to the community of scientists. Taylor has done pioneering structural studies of protein kinase A, revealing fundamental themes for all protein kinases. Taylor won the ASBMB’s Earl and Thressa Stadtman Distinguished Scientist Award in 2017 and its William C. Rose Award in 2007. She is a past president of the society and an elected member of the National Academy of Sciences, the National Academy of Medicine and the American Academy of Arts and Sciences. Earlier this year, she was named an ASBMB fellow. Read about Taylor's research. 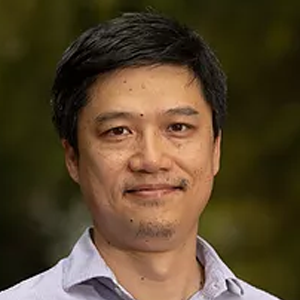 Greg G. Wang, a professor at the University of North Carolina School of Medicine and member of the UNC Lineberger Comprehensive Cancer Center, won the 2022 ASBMB Young Investigator Award, which recognizes outstanding research contributions to biochemistry and molecular biology and contributions to the community of scientists. Wang’s lab studies how chromatin structure and epigenetic modifications contribute to gene regulation and cancer development. Read about Wang's research. 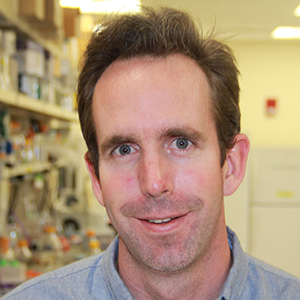 Michael Airola, an assistant professor at Stony Brook University, won the 2022 Walter Shaw Young Investigator Award in Lipids, which was established by the ASBMB Lipid Research Division. Airola’s lab studies the molecular details of lipid metabolism and transport and seeks to develop new pharmacological tools that inhibit lipid-modifying enzymes for the treatment of cancer and fungal disease. Earlier this year, he was named a junior associate editor for the ASBMB’s Journal of Lipid Research. He is a co-organizer of the ASBMB Lipid Research Division Seminar Series. Read about Airola's research. 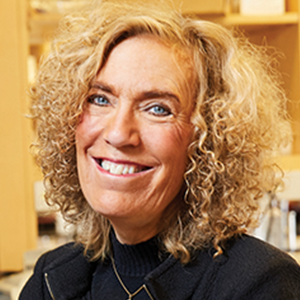 Elaine Fuchs, a professor at the Rockefeller University and a Howard Hughes Medical Institute investigator, won the 2022 Bert and Natalie Vallee Award in Biomedical Science. Established in 2012 by the Bert and Natalie Kuggie Vallee Foundation, this award recognizes outstanding accomplishments in basic biomedical research. Much of what we know about human skin’s capacity to heal and regenerate — and, in cases of mutation, to succumb to diseases like epidermolysis bullosa — has been made possible by Fuchs’ work. She is an elected member of the National Academy of Sciences. Read about Fuchs' research. 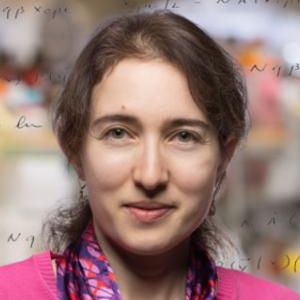 Tatyana Sharpee, a professor and chair at the Salk Institute for Biological Studies, won the 2022 DeLano Award for Computational Biosciences, which recognizes the most accessible and innovative development or application of computer technology to enhance research in the life sciences at the molecular level. Sharpee’s lab studies how the brain and other biological systems work while their components are developing and aging. Her team uses information theory to quantify the activity of neurons. Read about Sharpee's research. 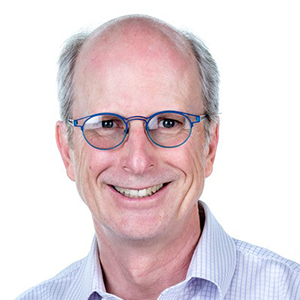 John Boothroyd, a professor and administrator at Stanford University, won the 2022 Alice and C. C. Wang Award in Molecular Parasitology, which recognizes established investigators who are making seminal contributions to the field of molecular parasitology. Boothroyd leads a lab that studies the pathogenesis of parasitic infections, in particular Toxoplasma gondii. He has held numerous leadership positions at Stanford and is an elected member of the National Academy of Sciences. Read about Boothroyd's research.