She has won the 2022 Mildred Cohn Award in Biological Chemistry

When Janet Smith was an undergraduate at Indiana University of Pennsylvania, she attended a seminar on cytochrome c structure, sequence and phylogeny. “I thought proteins were just wonderful,” she said. “I was fascinated by the structural details and how the conservation of cytochrome c sequences mapped to the 3D structure, but didn’t have an opportunity to study protein structure until I was a postdoc. It’s the discovery … Sometimes you look at a new protein structure and immediately say, ‘Oh, wow. Now I get it.’ It’s a great thrill.” 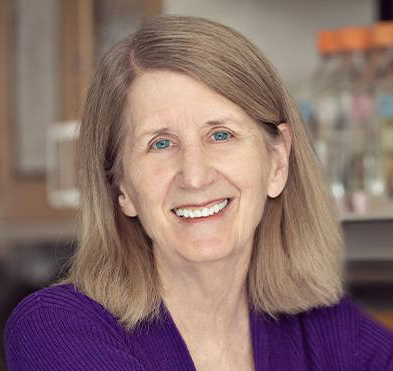 Some four decades later, Smith was still busy piecing together protein structural puzzles when she learned she had won the American Society for Biochemistry and Molecular Biology’s 2022 Mildred Cohn Award in Biological Chemistry.

“It was a complete surprise, a very pleasant surprise,” she said, describing the award as “a recognition of my service activities to help advance the structural biology field.”

In her lab at the University of Michigan, Smith and her team use X-ray crystallography, notably the multi-wavelength anomalous diffraction method and its single-wavelength counterpart, known as MAD and SAD, to solve structures of proteins such as biosynthetic enzymes for natural products and primary metabolites. As a new assistant professor, her first research projects required specialized synchrotron beamlines, leading to her effort to develop high-performance beamlines for macromolecular crystallography.

“One of the most satisfying aspects of my career has been to watch my field change from ‘protein crystallography’ to ‘structural biology,’” Smith said. “I have been fortunate to see protein structure become prospective in biochemistry and molecular biology, no longer retrospective.”

Smith lectures internationally on structural biology and synchrotron radiation and mentors young women in science and young crystallographers, even if they don’t work in her lab. Mentoring is her hardest job, she said. “Science changes … and it can be difficult to choose a path in research. I advise new students to choose any experimental area where they enjoy the work, and to consider what fields they think will be strong in 20 years. And then look at the intersection. And be fearless about changing course as science — and they — change.”

Janet Smith’s lab studies the biological function of proteins at the molecular level. They use X-ray crystallography to solve protein 3D structures and then aim to explain what the proteins do and how they do it.

“We try to explain the function of a protein in terms of the 3D structure, and then test ideas about mechanism with biochemical and other experiments,” Smith said. She has used this approach to understand the mechanism and regulation of several enzymes by solving their crystal structures.

In her award lecture, “Proteins in the Interplay of Viruses as Pathogens and Us as Hosts: ‘Us vs. Them,’” Smith will discuss her recent research, she said. Her lab’s study of viral proteins has revealed some unexpected mechanisms underlying host–virus interactions and subsequent immune response mechanisms.

“I will probably talk on one or two systems that we have investigated,” she said, “and highlight the structural features of proteins that humans make to fight RNA viruses.”