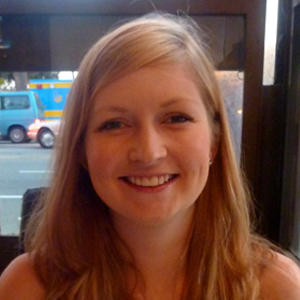 Nobel laureate Brian Kobilka, professor and chairman of the molecular and cellular physiology department at Stanford University School of Medicine, won the 2013 Earl and Thressa Stadtman Distinguished Scientist Award from the American Society for Biochemistry and Molecular Biology. “It’s a great honor to be the second recipient of the ASBMB Stadtman Award.”
–BRIAN KOBILKA

Kobilka’s work has been a pivotal in the discovery and understanding of G-protein–coupled receptor structures and functions. GPCRs are the largest family of proteins in the human genome and important drug targets — with about 40 percent of all medications targeting these types of receptors. However, their three-dimensional structure and conformation is notoriously difficult to uncover and study due to their large size, high complexity and instability. Kobilka’s original and creative approaches have allowed him to overcome many technical challenges that previously have obstructed progress in this area of science, and his work has revolutionized the study of GPCRs at the atomic level.

Kobilka was nominated for the Stadtman award by his Nobel Prize-winning partner Robert J. Lefkowitz at the Duke University Medical Center.

Lefkowitz said of Kobilka, “The talents that allowed Brian to achieve his recent successes in crystallizing GPCRs as well as the β2-adrenergic receptor-Gs complex were already apparent in the earliest stages of his career in my lab almost 30 years ago. These include remarkable technical creativity applied to seemingly intractable problems, persistence in the face of failure and a seemingly unlimited tolerance for risk in the projects that he undertakes.”

Kobilka’s lab at Stanford has developed spectroscopic methods that allow the study of GPCR structure and the changes in the receptor that occur when a ligand binds in real time. Through wide collaboration with a large, diverse group of scientists from across the globe, Kobilka has driven the field forward. In his letter of support for Kobilka’s nomination for the award, Martin Caffrey from Trinity College Dublin described one of Kobilka’s achievements as the "holy grail of GPCR science": the structure of the activated β2-adrenergic receptor in complex with its G protein. Kobilka has identified the structure of several other GPCRs as well.

The Earl and Thressa Stadtman Scholar Award was established by the Stadtmans’ friends and colleagues to preserve their legacies as scientists and mentors. It is awarded to a scientist with 10 years or less of post-postdoctoral experience, including medical residency and fellowship.

Kobilka will receive his award during the Experimental Biology 2013 conference in Boston, where he will deliver an award lecture. The presentation will take place at 9:05 a.m. April 23 in the Boston Convention Center.

Heather Doran is a Ph.D. student in molecular pharmacology and a project officer for the University of Aberdeen Public Engagement with Research Unit.