Alex Toker always has been interested in science, and he recalls many days spent at the Natural History Museum in London, where he grew up. Yet it wasn’t until his postdoctoral years spent under the mentorship of Lewis Cantley that he decided to make research his career. 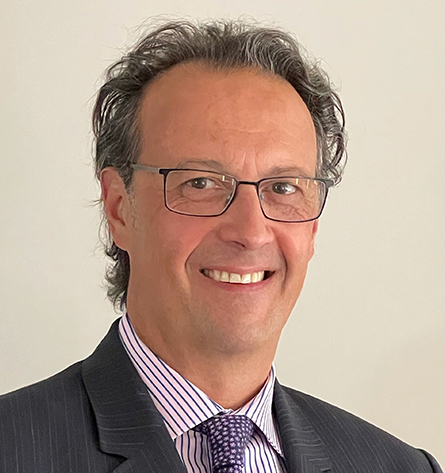 “I just had kind of an epiphany and decided this is what I want to do for the rest of my life,” Toker said. “I loved basic science and discovering things.”

In 1988, Cantley won the American Society for Biochemistry and Molecular Biology’s Avanti Award in Lipids. Toker, now a professor at Harvard Medical School and editor-in-chief of the Journal of Biological Chemistry, will receive the same award in 2022. Toker is being recognized for his work on lipid signaling and particularly his studies on phosphatidylinositol 3-OH kinase, or PI3K, and serine/threonine kinase AKT signaling in cancer.

Vytas Bankaitis, a distinguished professor and chair in chemistry at Texas A&M University and winner of the 2019 Avanti Award, wrote in his nomination letter that Toker deserved the award for his “seminal contributions to the lipid field” and “steadfast professionalism.” Toker received word about the award while on vacation in New Hampshire.

“I was just so proud and ecstatic and filled with a sense of achievement and recognition by my peers,” Toker said. “It really is a culmination of 20-plus years of running a laboratory, and, considering the past recipients, it is truly humbling.”

The discovery aspect of research still drives him, and he enjoys the independence and creativity scientific research can bring. He is also passionate about mentoring.

“The greatest source of joy and pride and the most satisfying aspect of my career is really the training of the scientists and students that I’ve had in my laboratory,” he said.

Toker credits his family, trainees, mentors and colleagues with helping get to where he is today.

Pathways past and future

The two pathways, together with the mammalian target of rapamycin, or mTOR, pathway, collectively control cellular metabolism, proliferation and growth, and survival. All are dysregulated in certain types of cancer.

In his award talk, Toker plans to start at his seminal discovery linking lipid mediators with specific signaling and move through his subsequent work characterizing Akt and other pathways in the cell and in cancer. He also will focus on where he thinks the field is going and ongoing studies in his lab aimed at designing therapeutic interventions targeting the pathway.