Johnson wants every student to feel they belong

She has won the Ruth Kirschstein Diversity in Science Award

Throughout her career, Tracy Johnson has observed the lack of diversity and of role models from diverse backgrounds in science. Motivated by her own mentors, she is committed to giving back. “They never questioned that I belonged in science,” she said. 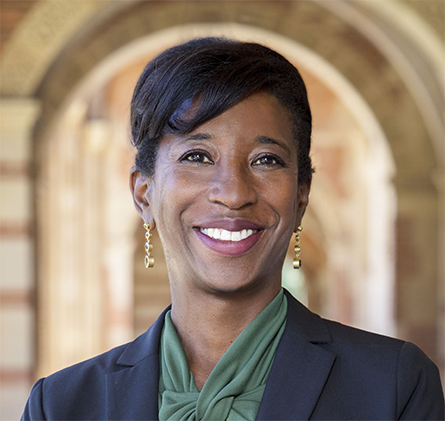 In recognition of her commitment to the belief that science “should be equally accessible to people from underrepresented backgrounds,” Johnson has won the American Society for Biochemistry and Molecular Biology’s 2022 Ruth Kirschstein Diversity in Science Award. Sonia Flores, chair of the ASBMB’s Minority Affairs Committee, nominated Johnson for the award, noting that she is “the epitome of a scientist who has had an illustrious research career and who has dedicated her life to inspire and be a role model for those individuals who would never have thought they could choose research as a career.”

Students from marginalized groups often lack exposure to research and a sense of belonging to the scientific community, Johnson said, and this affects their persistence. To address these issues, she started the Pathways to Success Program at UCLA, a four-year, honors-level undergraduate cohort program that includes early exposure to research and mentoring. As a result, Johnson said, students feel empowered to pursue scientific careers and to fulfil their professional passions and interests.

Born in the Midwest, Johnson grew up in California. As an undergraduate student at the University of California, San Diego, she gained research experience that cemented her goal of pursuing a scientific career. She earned her Ph.D. at UC Berkeley and performed postdoctoral training at the California Institute of Technology followed by faculty appointments first at UC San Diego and then at UCLA, where last year she was appointed the dean of life sciences. She is also a Howard Hughes Medical Institute professor and chair of the executive board of the HHMI Society of Professors, which offers her additional opportunities to think about systemic change in science education.

“My dream is that every student who starts in the sciences leaves feeling like they belong and that they’ve been supported,” Johnson said. “As an educator and leader, I aspire to provide every student with an educational experience that sets them up for whatever career they choose.”

Tracy Johnson’s lab long has been interested in basic mechanisms of gene expression and how the spliceosome functions to create mature messenger RNA. Work in the lab is focused on understanding the dynamic rearrangements of the spliceosome, the relationships between chromatin modification and spliceosome assembly and catalysis, and elucidating how these splicing mechanisms converge to allow the cell to respond to its environment.

Johnson has been able to integrate her love of RNA with her passion for teaching by developing courses in which first-year students engage in authentic research experiences exploring basic mechanisms of RNA splicing. This approach to engaging students in research is a key feature of the UCLA-HHMI Pathways to Success Program. Her talk at the ASBMB annual meeting will be titled “Beyond Diversity: Building a Culture of Inclusion in Science.”