“We published a major paper on cancer risks of red meat and went out to breakfast to celebrate,” Ajit Varki said. “But the first author ordered bacon.”

An unexpected connection to biochemistry has drawn Varki into, among other things, the human tendency to deny harsh realities. 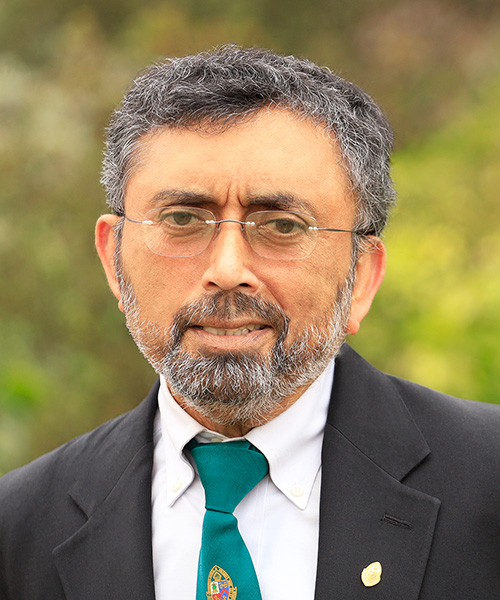 The major paper he referred to illuminates such a reality: red meat consumption significantly increases the risk of certain cancers. And Varki’s group has found one culprit: a member of the sialic acid family of glycans that humans do not produce naturally and that can aggravate diseases such as cancer.

But Varki is no preacher. “It’s hard to refuse Grandma’s ham on Christmas Eve,” he said. “Red meat is also part of many cultures and has important nutritive value.”

For his work in the field of glycobiology, Varki will receive the American Society for Biochemistry and Molecular Biology’s 2023 Journal of Biological Chemistry Herbert Tabor Research Award.

As a newly trained oncologist–hematologist wanting to study bone marrow transplantation, Varki realized that all cells in nature are covered in glycans, yet hardly anyone was studying this. He gained a postdoc spot in the lab of Stuart Kornfeld (the 2012 JBC Herbert Tabor awardee).

“I got so excited about studying glycans that I never went back to transplantation,” Varki said.

His work led him to sialic acids. While seeing a patient with an immune reaction to horse serum (a previously administered antitoxin), Varki discovered that this reaction was linked to sialic acid. He was surprised; every vertebrate, including humans, has sialic acids.

Varki’s group found that one kind of sialic acid with an added oxygen atom had been knocked out in humans probably about 2 million years ago. This was the first reported genetic difference between humans and our closest relatives, chimpanzees, of functional significance — and the first of many involving sialic acid biology unique to humans, which could explain several human-specific diseases.

To address questions surrounding human origins, Varki formed an informal think tank of experts from many backgrounds called the Center for Academic Research and Training in Anthropogeny. The group has blossomed into almost 500 experts worldwide.

When studying human origins, you’re never sure what you’re going to find, Varki stresses. “It’s like a murder mystery.”

Ajit Varki’s group recently has explored the grandmother effect, asking why human females can live so long after menopause. “The idea is that infertile grandmothers are selected for protection of infants and are helping their own genes,” he said.

To aid this, a human-specific change in a sialic acid–recognizing gene, CD33, is recruited to combat Alzheimer’s disease. “That goes against the evolutionary dogma that there is no selection against aging,” Varki said.

Varki also suggests that the reality denial that helps humans cope with unpleasant realities is related to a “psychological evolutionary barrier” that only our species broke through. The negative consequences are very much with us today as the realities of climate change loom. But according to Varki, reality denial also gives us optimism.

“I grew up in India, and my grandfather was a friend of Mahatma Gandhi,” he said. “I used to think, ‘what the heck was this man trying to do –– take on the British empire with nonviolence?’ Totally ridiculous right? He paid the price, but a lot of good things came out of that optimism and sacrifice.”