“Initially, no one believes you,” Scott Dixon said. “The first time I gave a presentation about ferroptosis at a cell death conference and used that word, there were audible groans in the audience.”

Yet scientists may one day induce ferroptosis in cancer, causing tumor cells to die, or put a stop to it in Lou Gehrig’s disease, helping nerve cells to survive. 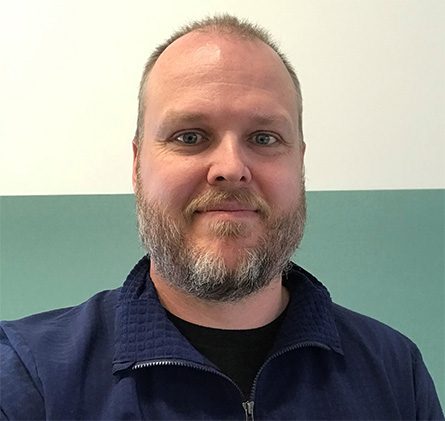 For spearheading the identification of an iron-dependent form of cell death and detailing its regulation ever since, Dixon has been awarded the American Society for Biochemistry and Molecular Biology’s 2023 Earl and Thressa Stadtman Young Scholar Award.

In a nomination letter for Dixon, Brent Stockwell, a professor at Columbia University, wrote, “We learned more from his work on an erastin-driven cell death mechanism in two years than we cumulatively learned … over the preceding 11 years.”

“I won’t pretend that I had the junior chemistry kit,” he said. In fact, he didn’t get excited about lab work until his third or fourth undergraduate year. Experiments in a lab course are “often a canned thing that people have been doing for decades, and it can feel a little bit unexciting,” he said.

“But then you listen to a graduate teaching assistant tell you what they’re doing … how they’re building on some of this fundamental understanding to examine something really new … You can’t help but get excited.”

The words of graduate students grabbed him. “I realized I would like to experience research in that way and really ask a question that no one else has asked and see what kind of answers we can get.”

Ferroptosis comes from the words “ferro,” meaning iron, and “ptosis,” meaning dropping off (like leaves from a tree).

Before such a death, the inside of a cell swells. Eventually the membrane is “shredded,” Dixon said. It’s lethal lipid damage.

"If you’d asked people in the 1990s if it was possible for there to be a non-apoptotic form of cell death that is also regulated, the answer would generally have been no,” Dixon said.

By the 2010s, hints existed in the literature, he said. Junying Yuan’s work on necroptosis established the concept that there are nonapoptotic ways for cells to die that still require genetic and biochemical regulation.

“So, that cracked open the area quite widely for many others, including ourselves, to go on a few years later and propose additional mechanisms that weren’t apoptosis, or (were) distinct from necroptosis, and say, well, this isn’t such a crazy idea that there would be a novel mechanism.”

His reaction? “Oh, that sounds a lot like ferroptosis,” Dixon said. In some cases, the work was from decades ago, even before people realized that cell death is regulated.

“We just put the pieces together.”

For the most well-known type of cell death, apoptosis, “We’ve gone all the way from a fundamental, basic understanding to translating that knowledge into treatments for people,” Dixon said; while for pathways discovered more recently, including ferroptosis, “We’re in the middle of that process.”

At Discover BMB 2023, Dixon will present an update on the field of cell death.