When he first heard about the African protozoa that cause sleeping sickness, Keith Matthews was hooked. “I heard a lecture as an undergrad on trypanosomes,” he said, “and I thought it sounded really fascinating.”

He wrote to potential grad school supervisors, eventually enrolling at the University of Glasgow to study how the parasite evades the host’s immune response. 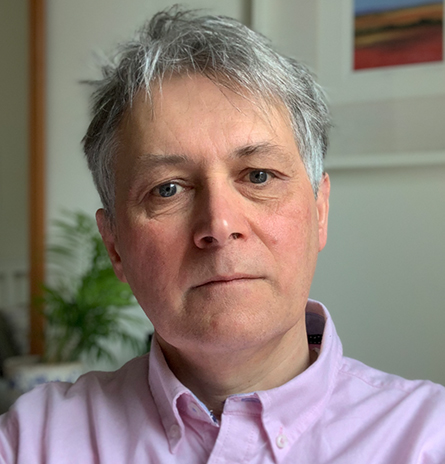 “Innovative and groundbreaking research is a trademark of Keith’s research group,” former mentor Christian Tschudi wrote in his letter supporting Matthews’ nomination for the American Society for Biochemistry and Molecular Biology’s Alice and C.C. Wang Award in Molecular Parasitology. Matthews will receive the award at Discover BMB 2023 in Seattle.

Such work doesn’t come out of nowhere. Matthews has established a lab environment where members feel free to innovate and help each other. “It comes down to the people in the lab and their willingness to help each other,” he said. “A lot of the breakthroughs have been a direct result of the Ph.D. students’ work in the lab.”

He also makes mentorship a priority. “No one is not trying their best,” he said. “You need to be constructive and help keep their enthusiasm.”

And he’s still chasing answers about trypanosomes as he was as an undergrad. “There is research where I still have no idea what the results are telling us,” he said.

While that can be frustrating, there’s an upside: “We are fortunate in parasitology; there are so many interesting questions out there. Ultimately, we’re looking for the truth. It’s as simple as that.”

How a trypanosome knows it’s time to change

Transmitted by tsetse flies, trypanosomes infect mammals, including humans and livestock, causing trypanosomiasis, or sleeping sickness. Keith Matthews has studied how the protozoa’s life cycle in mammals and flies is regulated and how the parasite controls its growth and infectivity.

Trypanosomes replicate in the host’s bloodstream in what’s known as their “slender form.” But to transfer back to the tsetse fly successfully, they must be in their “stumpy form,” in which they stop dividing. Matthews’ lab works to explain how and why this change happens.

The team first used an RNAi screen to identify signaling in the trypanosome that tells it to transition to the stumpy form. Then they walked back up the pathway and searched for the external signal that sets off the cascade.

“In some ways we did things backwards,” Matthews said.

They identified the parasites’ mechanism of quorum sensing, or communicating that there are enough of them in the host’s blood to be transmitted by the fly and it’s time to ready themselves.

The lab discovered that peptidases released by trypanosomes cleave host proteins, releasing small oligopeptides. When a high enough concentration of parasites is in the bloodstream, these oligopeptides are at a correspondingly high level and are transported by a molecule on the parasite’s surface, setting off the signaling cascade and transforming the slender forms into stumpy, ready for life in the tsetse fly.