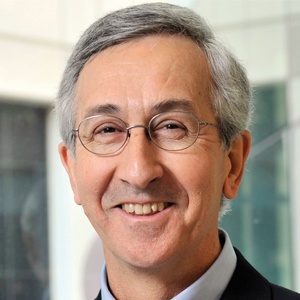 Winners of the 2020 Journal of Biological Chemistry/Herbert Tabor Early Career Investigator Awards will give talks on April 5 at the American Society for Biochemistry and Molecular Biology Annual Meeting in San Diego.

The awards, named for Herb Tabor, who served as JBC’s editor-in-chief from 1971 to 2012, recognize early-career first authors of standout JBC papers published the previous year for their creativity and scientific excellence.

After carefully reviewing nominations from JBC readership, consulting experts in the field and evaluating the quantitative impact of the papers, a committee of JBC associate editors selected six award-winning first authors.

“We are very pleased to celebrate these early-career investigators who have authored top-notch papers in JBC that report exciting and significant research,” said Lila Gierasch, distinguished professor at the University of Massachusetts Amherst and editor-in-chief of JBC. “These awardees are outstanding representatives of the future leaders of biological chemistry.”

At the ASBMB annual meeting, five of the six award winners will give talks about their research findings, which span a diverse array of topics within biological chemistry. Click the links below to read profiles of those five winners.

is a professor of physiology at the University of Texas Southwestern Medical Center and a JBC associate editor.

As the ASBMB’s science policy manager, she advocates for policies that strengthen the scientific workforce and promote an inclusive environment that is supportive of discovery.

The American Society for Biochemistry and Molecular Biology welcomed more than 1,300 new member in November.

Awards, honors, promotions and more. Find out what's going on in the lives of ASBMB members.

JBC/Tabor award winner Wenchao Zhao studies Keshan disease, a nutrient deficiency named for the county in northeastern China where he grew up.

This JBC/Tabor award winner has found a way to block androgen signaling in prostate cancer cells.