Wenchao Zhao is fascinated by selenium or, more accurately, what happens when it is lacking.

A trace element in soil, selenium is an essential nutrient for many species, including humans. Its deficiency is associated with Keshan disease, a cardiomyopathy first identified in the Keshan county of Heilongjiang province in northeastern China, bordering Russia. Zhao’s hometown is Harbin, the capital of that province, a city of more than five million people known for cold weather and the world’s biggest ice festival. 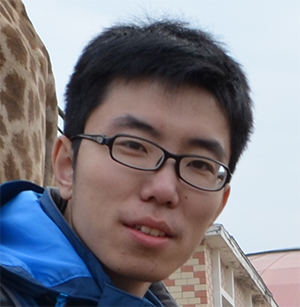 Wenchao Zhao studies Keshan disease, a nutrient deficiency named for the county in northeastern China where he grew up.

Keshan disease used to be widespread in China, especially in Heilongjiang province, before the government started a selenium supplementation program in the 1970s. Research into the mechanism of selenium action in physiology remains important, not least because a form of thyroid disease is caused by mutations in the selenium pathway.

Zhao decided to study the effect of selenium deficiency using chickens when he was doing master’s degree research in his hometown. This descriptive research prompted him to seek laboratories studying the molecular mechanism of selenium action. Ulrich Schweizer’s lab at the University of Bonn’s Institute of Biology and Molecular Biology was a perfect fit, although Zhao spoke no German.

Zhao describes himself as “super lucky” to have Schweizer as his mentor. In addition to tutoring him in the lab, Schweizer helps him adapt to his unfamiliar German life. When Zhao couldn’t find an apartment right away, he lived at Schweizer’s house for his first month in Bonn.

Zhao is now writing his Ph.D. dissertation and hopes to finish his degree this spring. He doesn’t have firm post-graduation plans; learning to manipulate sequencing data from his research is a short-term goal.

When not working in the lab or playing basketball or soccer with his friends, Zhao is learning German. His favorite and most-used phrase is “Alles gut” — all is well.

Selenoproteins, characterized by the presence of selenocysteine, the 21st amino acid containing selenium in its sidechain, are essential to human health. Their main roles are in the antioxidative response and thyroid function. Not surprisingly, selenoprotein deficiency is associated with cancers, heart disease and neurodegeneration.

Zhao and his colleagues found that while one mutation behaves like a null allele, the other shows a different phenotype in the liver and the brain. Specifically, the R543Q mutant of the SECISBP2 protein is unstable and undetectable in liver but retains residual function in brain.

Zhao’s research contributes to our understanding of why so many diseases of ubiquitous proteins affect specific organs, he said. “A mutation may not be equally detrimental in every cellular context, since cellular context can affect the stability of that protein.”