What role does the protein CD151 play in triple-negative breast cancer? How similar are nonstructural proteins between coronavirus homologs? What group of proteins are candidates for targeting oral cancer? Read about recent papers on these topics in the journal Molecular & Cellular Proteomics.

A target for triple-negative breast cancer 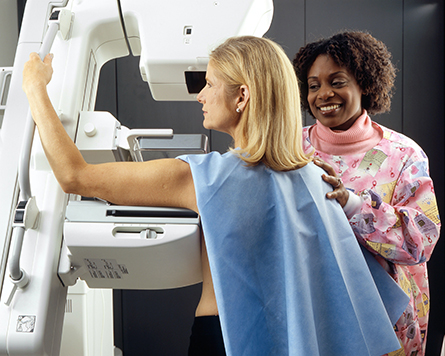 Triple-negative breast cancer, or TNBC, is an aggressive form of breast cancer. It tests negative for the three main targets of hormonal and protein receptor therapies: estrogen receptors, progesterone receptors and an upregulation of HER2 protein. This lack of targets for therapy limits treatment options. Patients with TNBC have a poorer chance of recovery than those with other forms of breast cancer.

A new study in the journal Molecular & Cellular Proteomics characterizes the functions of CD151, a protein that researchers have found to be significant in TNBC. The study also establishes the importance of studying proteins that leave cancerous cells for noncancerous targets within the body as possible therapeutic targets. Sipeng Li and Xinya Li of Peking University and a research team in China reviewed literature establishing extracellular vesicles from TNBC as key players in cancer progression before focusing on the proteins transferred within those vesicles.

The researchers used liquid chromatography with tandem mass spectrometry analysis to fully profile the serum of healthy donors and patients with TNBC. They found increased expression levels of ITGB1, a known prognostic marker for cancer, and the protein CD151 in TNBC serum samples. This suggests that increased CD151 expression in patient serum could be a diagnostic marker for TNBC.

CD151 is a scaffolding protein that interacts with integrin receptors. Researchers previously have demonstrated that CD151 can activate extracellular signal-related proteins as well as the intercellular signaling cascade Akt/PKB, which promotes nontumor mammary cell replication. The research team headed by Li and Li generated cells lacking CD151 to interrogate its function. They determined that CD151 regulates the intracellular trafficking of proteins as well as regulating when the cell secretes these proteins using extracellular vesicles. The researchers intend to develop effective small molecules to block CD151 packaging and secretion via extracellular vesicle as a method of TNBC therapy.

SARS-CoV-2, the virus that causes COVID-19, is the third highly infectious strain of human coronavirus to emerge in two decades. Nonstructural protein 3, or nsp3, is an enzyme found in all three of these strains — SARS-CoV, SARS-CoV-2 and MERS-CoV — as well as in the common-cold coronaviruses hCoV-229E and hCoV-OC43. Researchers have yet to analyze thoroughly the function of this enzyme so, in a new study in the journal Molecular & Cellular Proteomics, Katherine M. Almasy, Jonathan P. Davies and colleagues at Vanderbilt University investigated nsp3 in these five coronavirus strains.

Nsp3, a large multidomain protein, can enzymatically break down other proteins, perform cleavage reactions on itself and perform other important regulatory reactions. The Vanderbilt researchers divided the protein into three fragments based on known domains: the N-terminal, middle and C-terminal fragments. They analyzed protein interactions of each using liquid chromatography with tandem mass spectrometry.

The researchers found that nsp3 has divergent targets in each of the coronaviruses despite similar domains. One important discovery was that the N-terminal portion of the protein could block a cellular stress response called the unfolded protein response that normally is activated by the virus during infection. The team intends to investigate how nsp3 interacts with two other nonstructural proteins known to coordinate to form double-membrane vesicles out of the ER to replicate coronaviruses. They also believe it may be important to study variations in protein interactions among emerging SARS-CoV-2 variants.

Oral squamous cell carcinoma, or OSCC, makes up over 90% of all head and neck cancers that involve the upper layer of the epithelium. A major factor in determining patient outcome for these cancers is metastasis to the lymph nodes in the neck. This can decrease already low survival rates to below 50%. OSCC has paired human primary tumor cells and lymph node metastasis cells, making it a prime target for extracellular vesicle, or EV, analysis and for the search for molecular targets for the disease.

A recent paper in the journal Molecular & Cellular Proteomics outlines how Ariane Fidelis Busso–Lopes from the Brazilian Biosciences National Laboratory and a team from Brazil and the U.S. identified 11 hub proteins that were significantly deregulated at metastatic sites, seven of them with a potential application as prognostic markers. The researchers examined every molecule of EVs released by the primary site tumor cells and absorbed into paired lymph node metastatic cells, or LN1. They found that OSCC-derived EVs contained specific cargo associated with metastasis. The researchers identified an upregulation of a set of integrins in LN1 EVs originating from the site of metastasis that differed from a set known to be involved in distant metastasis, providing targets for regional metastasis therapy. Eleven hub proteins in total were downregulated in LN1 EVs when compared to primary site tumor cells, indicating that low protein concentrations were associated with an aggressive, metastasizing OSCC phenotype.