When the drug Taxol was approved by the U.S. Food and Drug Administration in 1993, it was a game changer for cancer patients. The compound, which arrests cell division by preventing the disassembly of tubulin microfibers, has been used over the past three decades to treat millions of cases of breast, lung and ovarian cancer as well as Kaposi’s sarcoma. 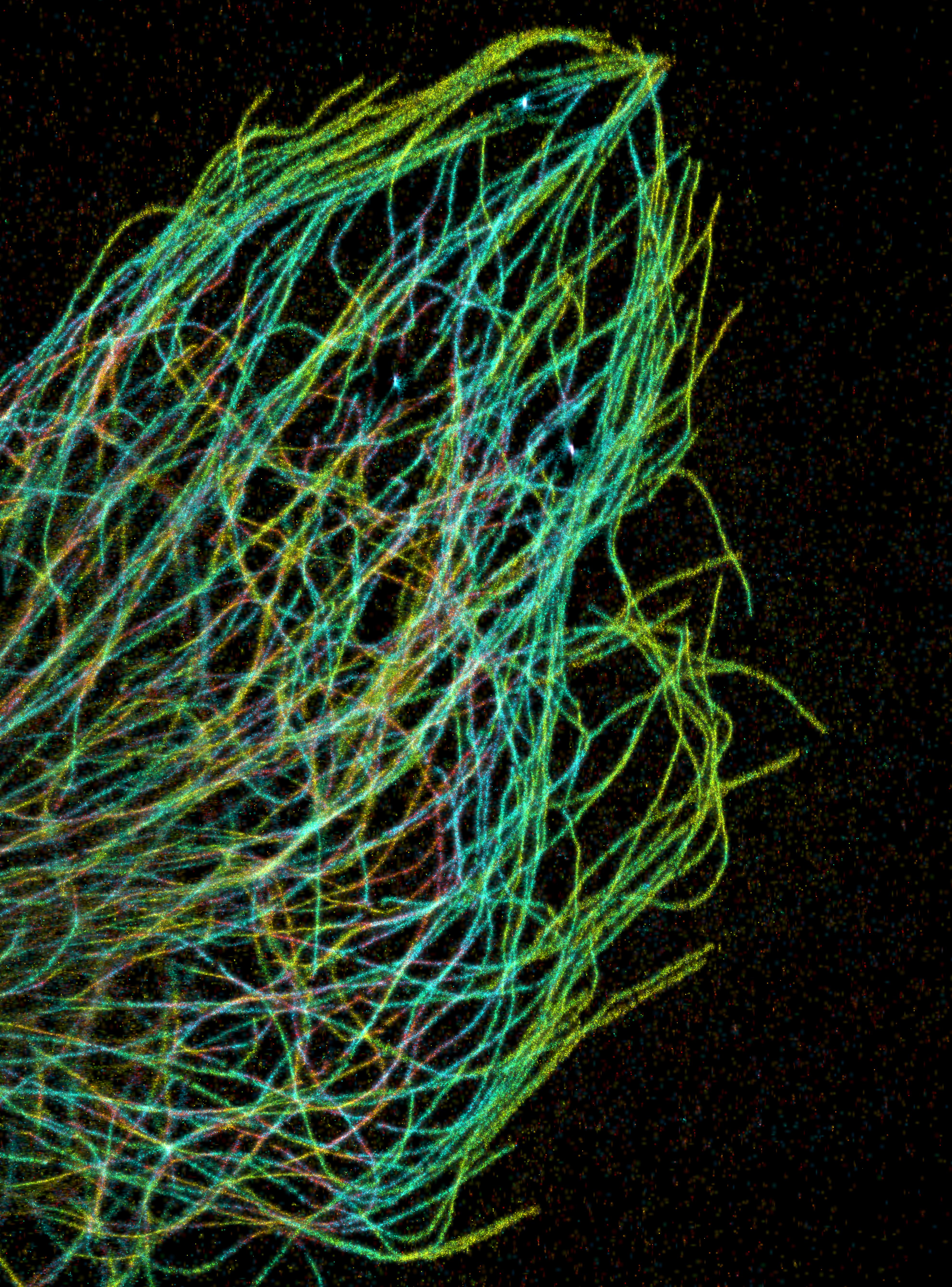 Tubulin was discovered in the late 1960s, but it was unclear at the time how the soluble protein dimer polymerized to form the long, complex structures of the cytoskeleton. As Taxol was entering clinical trials in the late 1970s, it became clear that it was a useful tool for cytoskeletal research.

“Back then, people were just discovering the most basic functions of tubulin and how it polymerized, and then they found a drug that affected this,” said Velia Fowler, a cell biologist at the University of Delaware and former associate editor at the Journal of Biological Chemistry.

The drug and its cytoskeletal activity intersected in the 1981 JBC paper “Taxol-induced polymerization of purified tubulin,” which recently was designated as a JBC Classic. In the single-author paper, Nirbhay Kumar, then a postdoctoral fellow at the National Institutes of Health, reported that Taxol could promote tubulin assembly in the absence of the microtubule-associated proteins that typically attach to the dimer and make the process possible.

“The mid- and late ’70s were really exciting times to work on tubulin biochemistry and microtubule formation,” Kumar said.

Previous studies had shown that adding tubulin to a mixture of various cellular proteins, plus Taxol, would cause an increase in stabilized microtubule formation. “But, that really did not address the question of how and what aspect of microtubule assembly was actually being influenced by Taxol,” Kumar said. “I thought, ‘Well, let’s try Taxol with purified tubulin without any other proteins.’”

He continued: “That was the first time it was known that, without any accessory proteins or proteins that actually help in the microtubule formation, Taxol could do it directly through some mechanistic action.”

From bark to bedside

Taxol’s path to cytoskeletal insight and drug development began in 1955 when the National Cancer Institute created the Cancer Chemotherapy National Service Center to screen known compounds, and later collect novel ones, for anticancer activity. At the time, cancer treatments largely were limited to surgery and radiotherapy.

Working at the behest of the NCI and the U.S. Department of Agriculture in 1962, botanist Arthur S. Barclay collected some 200 bark samples from trees in the Pacific Northwest. Among them was a sample from the Pacific yew, and within it, scientists later learned, was Taxol. Over the next 20 years, scientists in the program tested more than 114,000 compounds extracted from 35,000 plants for anti-cancer activity.

In 1964, Pacific yew samples made their way into the hands of the chemists Monroe E. Wall and Mansukh C. Wani at the Research Triangle Institute, now RTI International, after a scientist working for CCNSC found that the material displayed cytotoxic activity. In 1966, the duo isolated the active ingredient, naming it Taxol after the tree’s scientific name, Taxus breviofolia. The pair presented their results at the 1967 American Chemical Society meeting, ultimately publishing their findings in 1971.

The NCI then began exploring the compound’s anti-tumor activity in earnest and began a partnership with Susan Horwitz at the Albert Einstein College of Medicine in 1977. That year, she and graduate student Peter Shiff found that Taxol could exhibit anti-tumor activity by inhibiting cell mitosis. In 1979, they published their landmark paper showing that Taxol promotes the assembly of microtubules, which prevents shrinkage and segregation of the chromosomes, arresting cell growth.

Blocking the depolymerization of microtubules, however, is a mechanism that causes mild to severe nerve pain in nearly everyone who takes Taxol, noted Robert S. Fischer at the National Heart, Lung and Blood Institute. In 2015, he and Fowler co-edited a thematic minireview series in JBC titled “The State of the Cytoskeleton.”

“(The) microtubules in your neurons need to be dynamic, otherwise you have massive neuropathy,” Fischer said. “It’s really messing up your neurons, and it’s depleting your gut of all their dividing cells. It’s a sledgehammer.”

According to Kumar, subsequent research in 1985 did indicate that the drug might cause neuropathy: “There were some hints in a second study that I did in malaria parasites where we found that Taxol actually causes bundling or clumping of microtubules,” he said. “So, when you think of the bundling aspect, and when you think of microtubule dynamic disassembly being disrupted, it should not be surprising that when used as a drug for treatment it will have some neuropathic effects.”

In 1990, Bristol–Myers Squibb applied to trademark the name Taxol, which was approved in 1992, changing the drug’s generic name to paclitaxel. In the years since Taxol and paclitaxel received U.S. Food and Drug Administration approval — in 1993 for ovarian cancer, 1994 for breast cancer and 2006 for non–small cell lung cancer — dozens of new chemotherapeutics, including Gleevac, have become available for cancer patients.

“We knew a lot about the dynamics of tubulin, but we didn’t know anything about the molecules that controlled it,” Fowler said. “I see this Taxol paper as one of the earlier forays into really understanding the biochemistry and biophysics of tubulin polymerization.”

This article original appeared in the Journal of Biological Chemistry. It has been modified for ASBMB Today.