Itching for answers about the role of lipids in psoriasis

While we often dwell on the importance of the heart and brain, the human skin is the largest organ in the body and vital to our survival. It serves as a barrier to water, guarding the body against dehydration, temperature extremes and harmful chemicals. Lipids in the skin are critical to its function as a water barrier since fat and water don’t mix.

Christopher Thomas is a lecturer and researcher at the School of Pharmacy and Pharmaceutical Sciences at Cardiff University whose research focuses broadly on oxidized lipids and their role in human health and disease, particularly in the skin. Thomas became interested in the skin when he was pursuing a Ph.D. in chemistry and working on developing topical treatments for rheumatoid arthritis.

“We were trying to put fatty acids and fish oils through the skin,” Thomas said. 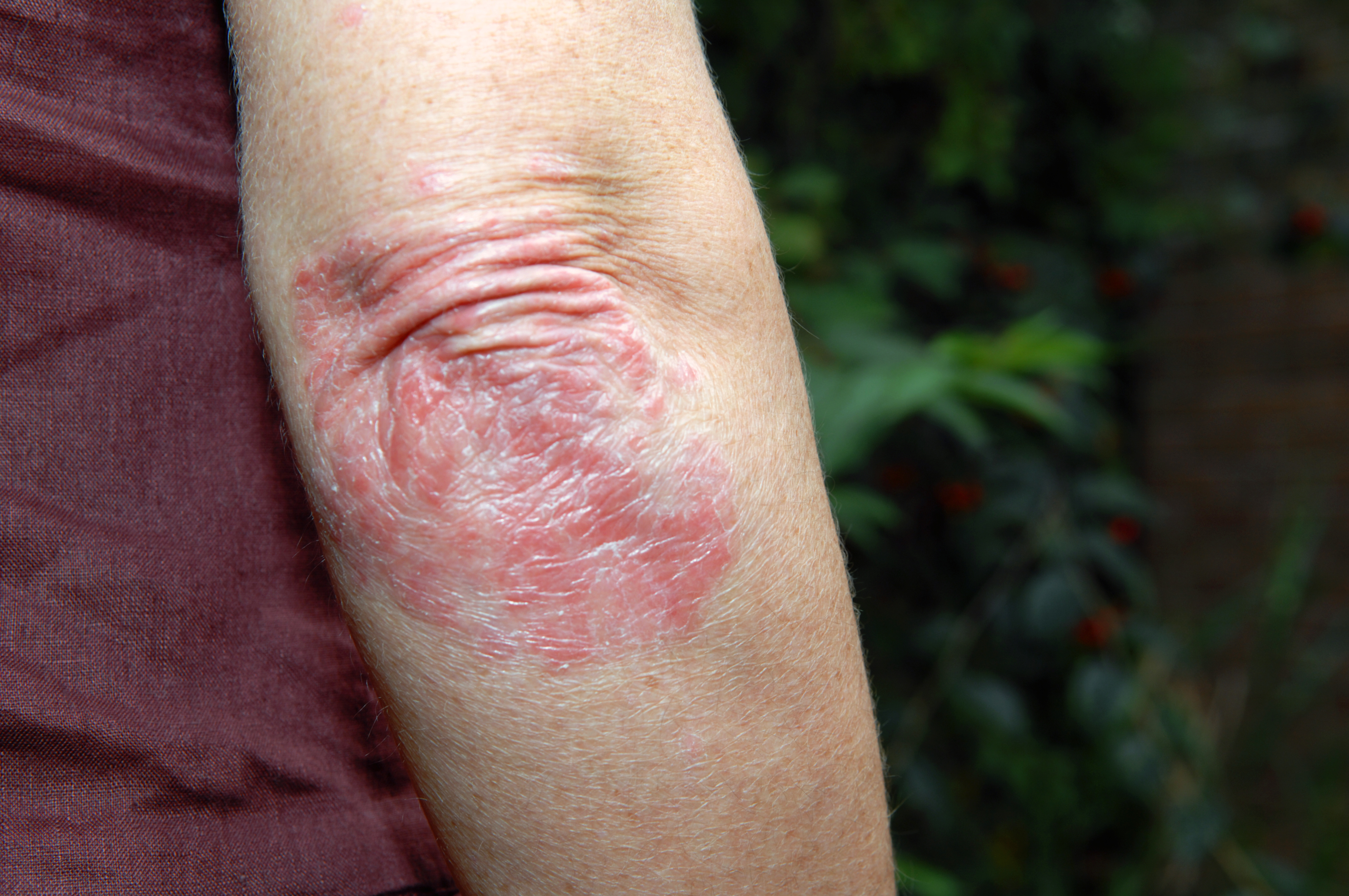 Bigger research questions arose for Thomas regarding skin physiology and how products are metabolized once they enter the skin. His postdoctoral studies then focused on lipoxygenase, or LOX, enzymes within platelets in blood. Thomas’ current research is a marriage of his previous work; he now investigates the role of LOX enzymes in the skin.

In a recent paper in the Journal of Lipid Research, Thomas and collaborators describe studying a biosynthetic pathway in the skin that is vital to formation of the complex mammalian skin barrier. In this pathway, ceramide lipids containing a fatty acid, linoleic acid, are oxidized by LOX enzymes. Ceramides of varying carbon lengths are oxygenated by LOX. Following some intermediate steps, a final hydrolysis step yields a terminal product called 9,10,13-trihydroxy-10E-octadecenoic acid, which has been found at higher than normal levels in patients with eczema.

Researchers know little about the exact location in skin layers of these intermediate and terminal species and their roles in health and disease. Thomas developed methods to study the quantity and location of these species, using liquid chromatography with tandem mass spectrometry. Method development for any kind of lipid system can be quite challenging, he said, because the lipids are repelled by any solutions containing water.

The researchers also used a publicly available data set from the Gene Expression Omnibus to compare the gene profile of skin from psoriatic lesions to that of unaffected skin in patients with psoriasis. They found that the genes for the entire biosynthetic pathway for oxygenated species described here are expressed more in the skin from human psoriatic lesions. This suggests that the regulatory machinery to control even unaffected skin lipid metabolism is abnormal in psoriasis patients.

Thomas’ next avenues of research will use an exciting new addition to the lab: a 3D printer to generate novel skin models. This is a project shared with several other researchers at Cardiff who are interested in studying printed skin from a variety of research angles.

“It’s a collaborative feel where we’re all interested but we’ve all got our slightly different hats on,” he said.

Thomas added that he also views 3D-printed skin as a way to advance the goal of producing representative human healthy and diseased skin models, which could help to reduce animal testing in the pharmaceutical and cosmetics industries.