We need the right kinds of sphingolipids in our bodies.

Sphingolipids are a class of lipids containing sphingosine, a long hydrocarbon chain attached to a head group derived from an amino acid — humble molecules that researchers are finding have many roles in the cell. 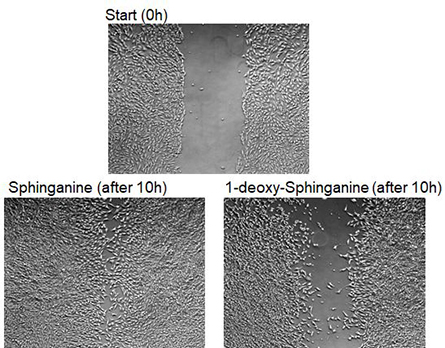 An example of the havoc incorrect sphingolipid metabolism can wreak is the rare disease hereditary sensory neuropathy type 1, or HSAN1, which is caused by altered sphingolipid synthesis. People with HSAN1 experience severe peripheral neuropathy, a progressive loss of sensation in the extremities.

Thorsten Hornemann at the University Hospital Zurich has been studying sphingolipids in the context of such diseases for more than a decade. Hornemann and colleagues discovered that people with HSAN1 have a mutation in the enzyme that catalyzes the first step of sphingolipid synthesis, greatly overproducing an atypical type of sphingolipid called 1-deoxy-sphingolipid, or 1-deoxy-SL, that uses glycine or alanine in its synthesis instead of the canonical serine. This work showed that 1-deoxy-SLs are neurotoxic, potentially explaining the mechanism of HSAN1 neuropathy.

HSAN1 is estimated to affect only about two in every million people, but Type 2 diabetes, which has been diagnosed in about half a billion people worldwide, can cause almost identical symptoms.

A missing puzzle piece of this coincidence slid into place when Hornemann’s lab discovered that people with diabetes also have increased 1-deoxy-SLs, like HSAN1 patients. They then showed that lowering the levels of 1-deoxy-SLs improves neuropathy in diabetic rats.

There’s more than neuropathy though.

“HSAN1 patients frequently develop recurring and bad-healing wounds and ulcers,” Hornemann wrote in an email. “Since the patients also have no feeling for pain, they often don’t have proper wound protection or care, which makes the injuries progressively worse.”

The most severe injuries sometimes require amputation, and the same thing can happen in diabetes.

Hornemann’s group had observed that 1-deoxy-SLs alter the cytoskeleton, which gave them a new hypothesis: “We realized that (the cytoskeleton) might not only be important for neurons to maintain their structural integrity, but also for the wound healing process itself,” he explained. “The healing of a skin wound requires a highly coordinated migration of cells.” 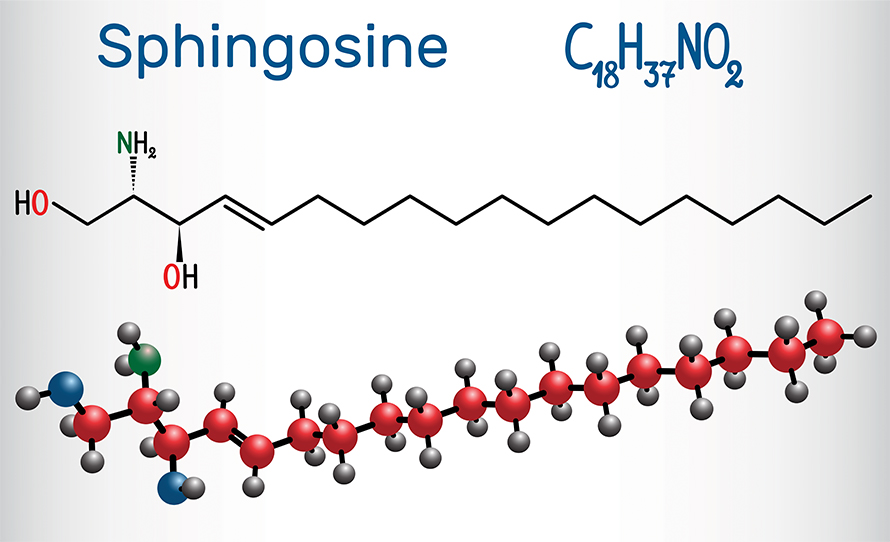 Sphingosine is the hallmark component of sphingolipids.

This depends on the cytoskeleton and could be altered directly by 1-deoxy-SLs.

In their recent work published in the Journal of Lipid Research, Hornemann’s lab investigated this hypothesis by modeling wound healing in cell culture. The team grew plates of cells and then scratched the surface of the cell-covered plate, leaving a gap where cells were scratched away. They then measured how well cells migrated over the gap and filled it back in. Cells that were exposed to a higher level of 1-deoxy-SLs had a harder time migrating and filling in the gap, providing an explanation for the wound healing defect seen in HSAN1 and diabetes.

The lab’s work highlights two possible routes for treatment. In the current paper, it turned out that blocking the enzyme that interconverts different species of 1-deoxy-SL prevented the wound-healing defect. They also had shown previously that HSAN1 symptoms can be relieved by supplementation with serine, which pushes the cellular equilibrium away from 1-deoxy-SL toward canonical sphingolipids.

Since it appears that the same mechanism is behind the wound healing and neuropathy in diabetes, Hornemann suggests, “the same approach might also suppress 1-deoxySL formation in patients with diabetes and could be a therapeutic option.”