Women are twice as likely as men to suffer from gallstone disease, due to estrogen’s role in triggering cholesterol gallstone formation. While small gallstones are common, in some people cholesterol forms crystals that build up and become too large for the gallbladder to expel. The resulting gallstone disease causes excruciating pain and sometimes sepsis. The standard treatment is surgical removal of the entire organ.

Christopher Arnatt, a researcher in the department of chemistry at St. Louis University, has been working to address the role of estrogen in gallstone disease. “Having a preventative cure out there for all at-risk people would be amazing,” he said.

Arnatt’s lab collaborated with David Q.H. Wang’s lab at the Marion Bessin Liver Research Center at the Albert Einstein College of Medicine in New York on a recent paper published in the Journal of Lipid Research.

Arnatt’s lab, which specializes in synthesizing compounds that target G protein–coupled receptors, created an array of drugs and tested their affinity for the G protein–coupled estrogen receptor, or GPER, which previously had been associated with gallstone formation.

“It took almost four years to nail down how to test for whether these compounds were binding to and antagonizing the G–coupled estrogen receptor,” Arnatt said. “No one had done any true medical chemistry on this, and now we have over one hundred compounds that bind to this receptor that can be used to study it further.”

Arnatt’s team showed that one of those compounds, 2-cyclohexyl-4-isopropyl-N-(4-methoxybenzyl)aniline — referred to as CIMBA — was selective for GPER, making it a strong candidate for further testing.

The second phase of the project put CIMBA to the test in mice. Wang’s lab, one of very few labs in the world that research gallstones, put ovariectomized female mice on a high-cholesterol diet and gave them doses of estradiol to induce gallstone formation. After eight weeks, the mice were injected with various doses of CIMBA, and then researchers removed their gallbladders.

These gallbladders, each about the size of a grain of rice, had to be cut open under a microscope to count and analyze their gallstones. Wang’s lab found that treatment with CIMBA reduced the formation of estrogen-induced gallstones in some mice and also found a dosage at which no gallstones formed. While the mouse model results are promising, making this compound available for human use would require safety testing and clinical trials.

Arnatt is optimistic about the potential of CIMBA and the other GPER antagonists. “These new compounds will provide researchers with a lot of new tools,” he said. “Having new drugs out there will expand people’s ability to test this receptor and its pharmacology.”

Arnatt plans to investigate how to make CIMBA more bioavailable and less toxic for gallstone prevention treatment, and he hopes to use these GPER-binding compounds to understand better the receptor’s role in the body. 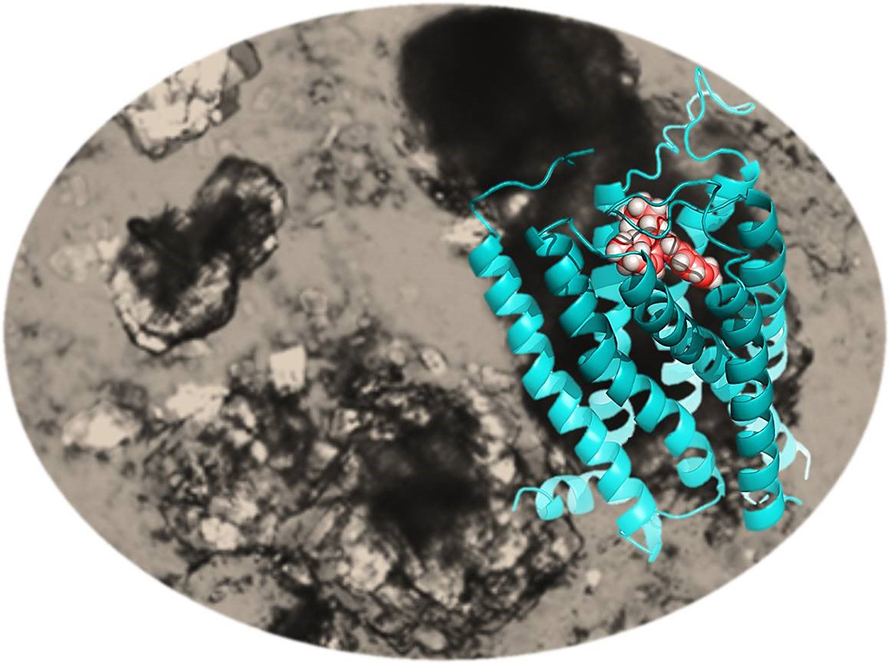