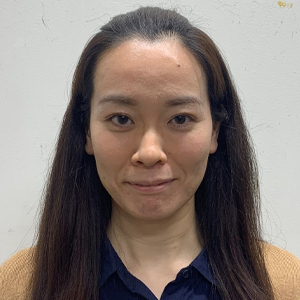 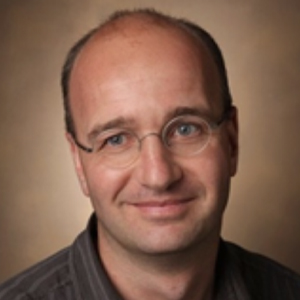 How are novel bioactive lipids discovered?

The traditional approach has been to purify and identify the compound that mediates a biologic effect of interest, and in some cases, the novel compound is an eicosanoid, a bioactive lipid derived from oxygenation of arachidonic acid. Prostaglandins were discovered via that route in the 1950s and ’60s and then cysteinyl-leukotrienes, the long-coveted slow-reacting substance of anaphylaxis, or SRS-A, in the late 1970s. Prostaglandins mediate pain, fever and inflammation and are targets of nonsteroidal anti-inflammatory drugs like aspirin and ibuprofen. Cysteinyl-leukotrienes are bronchoconstrictors and targets in the treatment of asthma. 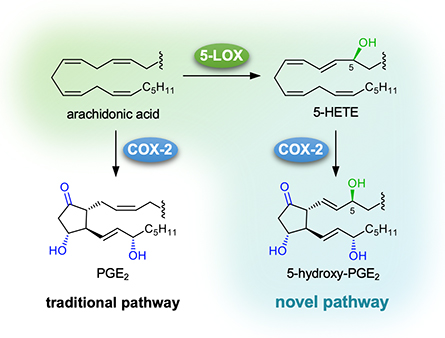 Other eicosanoids were discovered before their biologic function was known because they were formed abundantly or detected readily in a biochemical transformation or as products formed from radiolabeled arachidonic acid added to cells and tissues. Lipoxins and other lipoxygenase products are examples of eicosanoids that were identified biosynthetically and structurally prior to knowing their biological function. It took some time before researchers discovered that lipoxins and their eicosapentaenoic acid– and docosahexaenoic acid–derived analogs help resolve inflammation, a role quite different from the proinflammatory prostaglandins and leukotrienes.

Another approach to finding novel eicosanoids is to test novel substrates for known biosynthetic enzymes such as cyclooxygenases. Ethanolamine and glyceryl prostaglandins were discovered that way. The same approach led to testing whether 5-hydroxyeicosatetraenoic acid, or HETE, the 5-lipoxygenase-derived 5-hydroxy derivative of arachidonic acid, was a substrate for the cyclooxygenase, or COX, enzymes. That made some sense since the 5,6-ene is the only one of the four double bonds of arachidonic acid not involved in the transformation to the endoperoxide prostaglandin H2, or PGH2. It is shifted to a 6,7 trans-ene in 5-HETE.

In 2006, researchers discovered that 5-HETE was a substrate for COX-2 (but not for COX-1) and yielded an endoperoxide in which the typical five-membered prostanoid ring was expanded to a seven-membered ring by insertion of molecular oxygen. This was an unexpected product, since the formation of 5-hydroxy-prostaglandins, or 5-OH-PGs, would have seemed more intuitive.

Our recent paper shows that 5-OH-PGE2 and 5-OH-PGD2 actually are formed in the COX-2 reaction with 5-HETE. Our lab also found that the enzyme formed 5-OH-PGH2 as the true enzymatic product, which spontaneously rearranges to 5-OH-PGE2 and -D2, in parallel to a seven-membered endoperoxide that rearranges to hemiketal eicosanoids HKE2 and HKD2.

Two aspects of 5-hydroxy-prostaglandins are worth noting. First, they are much less stable than their traditional prostaglandin counterparts PGE2 and PGD2. While we detected them in a carefully analyzed biochemical reaction, we did not detect them in activated human leukocytes unless the cells were treated with sodium borohydride to reduce the unstable beta-hydroxy-cyclopentanone moiety to the stable 1,3-diol such as that present in PGF2a and isoprostanes. Second, their inability to activate traditional prostanoid receptors (all were tested except DP2) suggests their biological roles may be unique and distinct from traditional prostaglandins.

Consistent with their biosynthesis combining elements of the pro-inflammatory leukotrienes and prostaglandins, we might speculate that 5-OH-prostaglandins have a role in inflammation, but researchers do not yet know what exactly that may be. The biological effects of the novel 5-hydroxy-prostaglandins have yet to be discovered.

Fumie Nakashima is an assistant professor in Food and Biodynamics at Nagoya University Graduate School of Bioagricultural Sciences.

Claus Schneider is a professor of pharmacology at the Vanderbilt University School of Medicine.