How our bodies adapt to nutrient starvation in cancer. How mimetic peptide treats systemic inflammation. Read about studies on these topics recently published in the Journal of Lipid Research.

Adapting to nutrient starvation in cancer 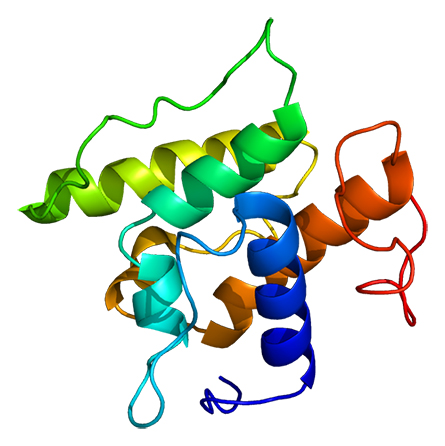 Work by Jean-Philip Truman of the State University of New York at Stony Brook and a team from institutions around the U.S., recently published in the Journal of Lipid Research, focused on the molecular mechanism of dSA in cell responses. The researchers first determined that serine starvation increased dSA levels in three cancer cell lines. Next, they showed that dSA interacts with sphingosine kinase 1, or SK1, causing SK1 proteolysis and increasing the levels of SK1 substrate, sphingosine, in cancer cells. The researchers further determined that increased sphingosine, or Sph, modifies the serine synthesis pathway by elevating reactive oxygen species. Finally, they showed that dietary restriction of both serine and glycine induced SK1 loss and increases in dSA and Sph levels in tumor xenografts in immunocompromised mice.

The research team concluded this study by postulating that in response to serine starvation, dSA directly acts on SK1, which signals Sph to modulate downstream cellular processes and ultimately stimulates cancer cell growth. All this new information can be applied to understanding the role of dSA in cancer cell metabolism.

Elevated levels of low-density lipoprotein, or LDL, have been associated with the development of atherosclerosis. Studies have determined that an exogenous peptide known as apolipoprotein A-I mimetic peptide 6F Tg6F binds to oxidized lipids with high affinity. Researchers have hypothesized that Tg6F targets the intestine to reduce systemic inflammation; however, they still do not know the exact mechanism of this action. Work in the Journal of Lipid Research by Pallavi Mukherjee of UCLA and a team of researchers based in California focused on learning more about that mechanism of Tg6F.

First, the researchers determined that a Western diet altered the intestinal microbiome and altered the expression of genes involved in regulating the interactions between bacteria and intestinal cells in mice that had been genetically altered to remove LDL receptors. The team then did experiments to determine increased gut permeability, increased presence of reactive oxygen species and increased oxidized phospholipids in the small intestine of mice fed a Western, or high-fat, diet.

The study showed that a Western diet decreased the gene expression of three cytokines responsible for antimicrobial activity and decreased the expression of two genes responsible for forming intestinal cells that secrete antimicrobial peptides. The researchers determined that a diet that contained Tg6F reduces intestinal dysbiosis and proposed a model wherein Tg6F protects against the increase in reactive oxygen species and oxidized phospholipids that are hallmarks of systemic inflammation associated with a Western diet.