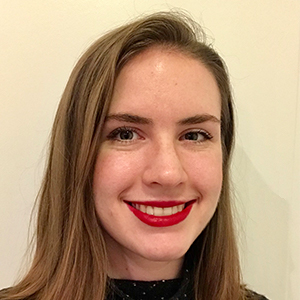 Analogies for cancer abound, from a military-style battle against villainous cells that mutate and harm the peaceful host to a garden where doctors pluck out the weedy cancer and nourish the helpful immune cells. A laboratory in the molecular oncology group at the Madrid Institute of Advanced Studies, or IMDEA, Research Institute on Food and Health Sciences in Spain sometimes views cancer as an illegal construction project. Researchers who focus on the role of lipid metabolism in cancer describe the disease as an unauthorized building that requires delivery of construction materials (nutrients) as the structure (tumor) grows. Their goal is to understand how to block delivery and use of these materials.

In a paper in the Journal of Lipid Research, these researchers describe how they identified unique microRNA networks that may limit delivery of these resources to cancerous cells and help combat the disease.

The “construction materials” in cancer are often lipids that provide energy for ever-growing cancer cells. Many of these cells have altered lipid metabolism to enable rapid growth and carcinogenesis in a harsh tumor microenvironment. IMDEA researcher Ana Ramirez de Molina and her Ph.D. student, Silvia Cruz Gil, explain that the group previously identified a key pathway in altered lipid metabolism, known as the abnormal acyl-CoA synthetase/stearoyl-CoA desaturase, or ACSL/SCD, lipid network, which promotes invasion and migration of colorectal cancer cells. Inhibitors of the ACSL/SCD network actually reduce cancer cell viability. This network could present a novel colorectal cancer therapy target, so the group wanted to identify inhibitory miRNAs, as these have emerged as “potent epigenetic modulators of cellular homeostasis,” Ramirez de Molina said. In the cancer-as-construction metaphor, these miRNAs are the city workers that come in to block shipments and stop work on the illegal building.

In their latest project, the group sought to identify miRNAs specific to the ACSL/SCD network that combat cancer cells. In extensive bioinformatics assays using miRNA-detecting algorithms, they identified 31 miRNAs that may bind a region of mRNA, leading to reduced expression of the ACSL/SCD network. The researchers then confirmed the roles of miRNAs with RNA and protein detection techniques. They identified three main miRNAs that reduced both RNA and protein expression: miR-544a, miR-142 and miR-19b.

The expression of miRNA-19b corresponded to disease outcome: low levels of expression were correlated with increased symptoms and disease progression. The group used cell invasion assays and biochemical techniques to show that miRNA-19b expression reduces adhesion and invasion through direct targeting of the ACSL/SCD network. They also found that miRNA-19b expression reduced lipid storage and respiratory capacity — curtailing metaphorical resources for the ever-growing building. Treating patients with miRNAs like 19b potentially would provide targeted, tailored reduction of oncogene expression to reduce cancer progression.

In colorectal cancer patients, higher expression of miR-19b is associated with better survival. This can be thought of as having more city workers (miRNAs) to prevent delivery of construction materials for cancer via the ACSL/SCD network.Courtesy of Ana Ramirez de Molina/IMDEA Research Institute on Food and Health Sciences

miRNA levels also may indicate disease severity and give physicians a clearer understanding of individual patients’ cases. Ramirez de Molina encourages health systems to use miRNA detection especially for colorectal cancer, because it often shows minimal symptoms until the disease has spread extensively. She is excited about tools like miRNAs. “The possibility to detect them as early detection biomarkers and to modulate their action would represent a promising and very advantageous tool against cancer progression,” she said.

Further research on therapeutic use of miRNAs is needed, and these findings provide excellent fuel for such studies. The lab now is studying the ACSL/SCD network in complex tumor organoids of colorectal cancer as well as tumors in other types of cancer. Their discovery of these networks and their respective miRNAs could help identify more city workers in the body that will block progress of this illegal construction; future work likely will shed more light on the networks delivering fuel and supplies to harmful cancer cells.

Rachel Evans is a Ph.D. candidate at the Johns Hopkins Bloomberg School of Public Health. When she is not in the lab studying malaria development and antimalarial resistance, she is baking up a storm in her apartment.