Linda Kay Curtiss, a professor at The Scripps Research Institute in California, died Feb. 23 of cancer. She was 77.

Curtiss studied plasma lipoproteins, inflammation and innate immunity in atherosclerosis. She was a former associate editor for the American Society for Biochemistry and Molecular Biology’s Journal of Lipid Research and a champion of women in science and advocate for robust federal funding for research. 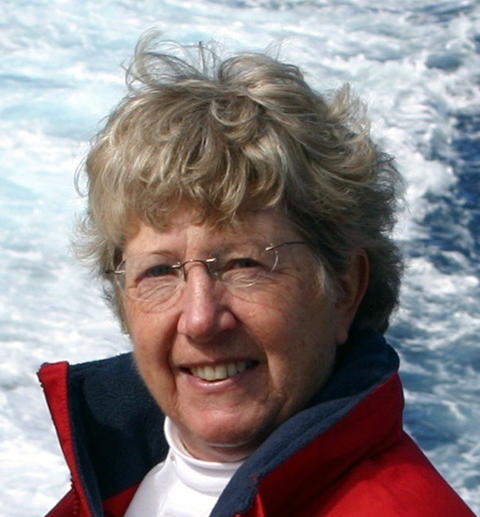 Curtiss was born in 1943 to Ruby and Glenn Curtiss in Seattle and raised in Kirkland, Washington. She attended and held leadership positions and participated in sports at Lake Washington High School, where her mother taught biology. She graduated in 1962.

She spent six months in Europe and another six in Africa before returning to UW for her Ph.D. She finished her thesis on immunochemistry while doing a research fellowship at the Mayo Clinic in Minnesota in 1974.

For postdoctoral studies, she moved to Scripps to work on plasma lipoproteins in the lab of Tom Edgington.

“I left the Mayo Clinic in a blizzard in 1974,” she said in an interview with Scripps’ online weekly back in 2007. “I stepped off the plane in San Diego — those were the days when they rolled the stairs out to meet you — the sun hit my eyes, I smelled the ocean, and I immediately thought, ‘This is where I'm going to stay.’”

Indeed, she did. She won a faculty position at Scripps’ immunology and microbiology department and started her own lab in 1978.

Curtiss was a committed volunteer and leader for the American Heart Association, which ultimately made her an elected fellow and gave her three awards for her body of work and her service: the Distinguished Achievement Award in 2006, the Mentor of Women Award in 2004 and the Special Recognition Award in 2000.

With the AHA, Curtiss on multiple occasions visited Capitol Hill and talked to lawmakers about her work, federal spending priorities and science policy.

For most of the 1990s, Curtiss held leadership positions on the advisory board for the Deuel Conference on Lipids. She also served on numerous National Institutes of Health study sections and review committees.

Curtiss was also committed to supporting other women in science. She was a member of the Association for Women in Science and, in the 1980s, served on the board of the San Diego chapter.

For decades, Curtiss served as an editorial board member and associate editor for JLR.

Kerry-Anne Rye, who became JLR’s co-editor-in-chief in 2020, is a longtime friend and colleague of Curtiss. She said that Curtiss was a role model for her and other women in their field.

“This is a huge loss. I’m going to miss her a lot, but I fortunately got to see her for the last time during my final pre-COVID trip to the U.S. It was just a few days before everything was locked down. Talk about impeccable timing,” Rye said.

“One of the first times I went to visit Linda in San Diego, she was in a great hurry to get to a baseball game, so we went straight there from the airport. I thought we would be spectators. That was certainly the case for me, but she was one of the players!” Rye said. “Actually, her main sporting passion was golf, which she played with huge enthusiasm for many years.”

Curtiss retired from Scripps in 2014 and remained in San Diego.

She is survived by her wife of four decades, Jeanne Niosi, a sister and a brother, and many nieces and nephews.