Gertrude “Trudy” Forte, former editor-in-chief of the Journal of Lipid Research and leading lipoprotein researcher, died June 9. She was 84. 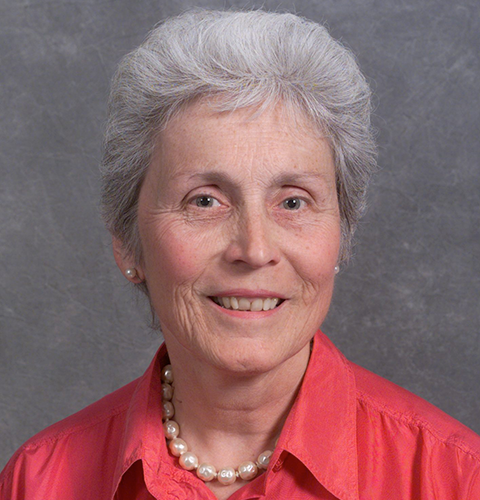 During graduate school, Forte met and married her husband John, now deceased, and had two of their three children. In the 1960s, Forte and her family moved to California, and she began her postdoctoral training at the University of California, Berkeley. She had her third child shortly after.

Forte remained at Berkeley for nearly 30 years and was a senior scientist from 1978 to 2004. She then moved to the Children’s Hospital Oakland Research Institute, where she worked from 2004 to 2017.

During her tenure at Berkeley, Forte researched the roles lipids and proteins play in cardiovascular disease. She helped develop electron microscopy techniques used to determine the structural features of lipoprotein particles and applied these techniques to study serum lipoproteins from human samples. She also used model systems to demonstrate how high-density lipoprotein, which shuttles cholesterol from the bloodstream to the liver, changes shape as it matures.

After joining CHORI, Forte moved her research in a new direction to take a more applied approach. She developed and tested lipid nanoparticles to be used for drug delivery. One of her projects focused on synthesizing nano-scale particles of low-density lipoprotein to deliver anticancer drugs safely and effectively to tumors in a certain type of brain cancer.

Throughout her career, Forte was awarded more than 30 National Institutes of Health research grants and co-published over 230 research works.

Forte received numerous awards and honors in recognition of her research and professional accomplishments, including the Lawrence Berkeley Laboratory Outstanding Performance Award in 1992, the Associated Western Universities honor of Distinguished Lecturer in 1994 and the American Heart Association Special Recognition Award in 1999. She was also the first recipient of the annual American Heart Association Mentor of Women Award in 2001.

Forte was editor-in-chief of the Journal of Lipid Research from 1999 to 2003 and was the first woman to serve in this role. She also served as director of research for Lypro Biosciences, a therapeutic development company focusing on developing nanotechnology for better drug delivery, from 2008 to 2017.

Laura Knoff, a former senior research associate who worked with Forte from 1992 to 2000 at Berkeley, remembered her intelligence and mentorship.

“[I was] in awe of her intellectual abilities and personal stamina,” Knoff said. “I learned so much from her. She was truly a role model for women in science and will be sorely missed.”

According to a family obituary, Forte was a music enthusiast. She played the piano and sang in the choir of the Saint Mary Magdalen Parish in Berkeley. She also enjoyed supporting local performing arts and attending live performances.

Forte is survived by her three children and their spouses, and seven grandchildren.