ASBMB Today People Running a journal in a pandemic
Profile

Running a journal in a pandemic

Months before almost everyone in the scientific community was using Zoom to traverse the spaces created by the COVID-19 pandemic, Kerry-Anne Rye and Nicholas O. Davidson were discussing the goings-on of the Journal of Lipid Research across a staggering distance. 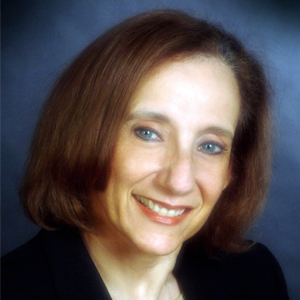 COURTESY OF KERRY-ANNE RYE
Kerry-Anne Rye runs the lipid research group at the School of Medical Sciences in the Faculty of Medicine at the University of New South Wales Sydney.

The two editors-in-chief, who assumed their joint five-year appointment in January, live in Sydney, Australia, and St. Louis, Missouri. Rye, who runs the lipid research group at the School of Medical Sciences in the Faculty of Medicine at the University of New South Wales Sydney, has been an associate editor for the JLR since 2008. Davidson, who is division chief of gastroenterology and director of the Digestive Disease Research Core Center at Washington University School of Medicine in St. Louis, also specializes in genetics of lipid-related liver conditions and has been an associate editor with the journal since 2011. 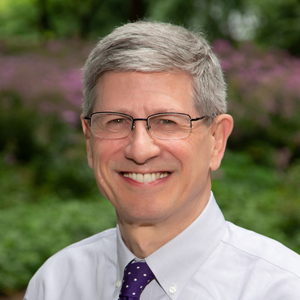 COURTESY OF NICHOLAS O. DAVIDSON
Nick Davidson is division chief of gastroenterology and director of the Digestive Disease Research Core Center at Washington University School of Medicine in St. Louis.

Rye and Davidson recently spoke with ASBMB Today science writer John Arnst about the ups and downs of running a scientific journal in the middle of a global pandemic and the journal’s move, along with all journals published by the American Society for Biochemistry and Molecular Biology, to open access publishing later this year. The conversation has been edited for length and clarity.

It’s been an unprecedented year for all of us. How are both of you holding up with the duties of being editors-in-chief and continuing your own research while balancing the temporary realities of life during a pandemic?

Kerry-Anne Rye: We’re coping. It’s not easy; things have changed. But I find the work I do with the journal is nice and different and a bit of relief at the end of every day after dealing with a lot of unprecedented issues. I look forward to looking at manuscripts, which takes me right into another zone.

Nick Davidson: I’m doing okay. It was a challenge not being able to come into the office, doing everything from home. But like Kerry, I look forward to having a chance to think about things other than COVID-19 patients coming into the emergency room of our hospital and worrying about the people in our research labs who are furloughed or laid off. We’re getting back to something closer to normal now, but I think it’s been a struggle for everybody.

Has the pandemic affected the number of papers being submitted to the journal?

Davidson: At the onset of this, Kerry and I anticipated that we would see a big decrease in the number of submissions. And that didn’t happen.

Rye: It’s actually the reverse; the submissions went up. I think this is fairly commonplace, and we think it’s largely because people had a whole lot of half-finished stuff sitting on their to-do list. They were stuck at home and without a lot of other distractions, at least in the beginning, so they finished all these things off. For us it was great, because we got some really, really nice submissions.

I was very surprised because we kept saying, “We’re going to have a contingency; we’re going to see a reduction in submissions.” It was like a broken record, and it didn’t happen. But in the last couple of weeks, submissions have been down a little bit. We don’t know if it’s just noise or if it’s real; it’s too early to tell. But it could be that all the things that were on the to-do lists have been largely done, and with laboratories still not being fully open, work has slowed down.

Davidson: On our end, I think research has slowed down, but elsewhere research is starting to ramp back up again. We’re all very worried about this new continuing surge of COVID-19. And you know what that’s going to mean for the fall — we’re all pretty much in a wait-and-hold pattern. It’s a bit of a crazy time, and it is totally unprecedented. I don’t think any of us can predict how this is going to impact science, but it has surely created some opportunities in COVID-19 research.

If researchers can pivot to working with COVID-19, as many have, some journals are scooping that right up.

Rye: With lipids, it’s not as logical a move. I’m doing a couple of things with COVID-19, but I don’t know that they’re going to have an impact on how people view things. Just about everyone I know is looking for opportunities to do research involving the virus. For example, my institution totally locked down the staff except for anyone working with it. It’s opened up a little bit since then, but the opening up has now reached a plateau.

That makes a big difference in the way you do things. You lose opportunities, because the casual conversations where you’re having a cup of coffee and you talk to someone about what you’re doing and you exchange ideas just don’t happen anymore.

Proper COVID-19 research is also challenging because you need PC-3 facilities, at least in Australia (Author’s note: This is the equivalent of a biosafety-level 3 lab in the U.S.). We have this one facility one floor above where I work that everyone’s fighting over, and there’s one other facility in the Sydney area. They’re very, very expensive to maintain.

When the two of you were announced as the incoming editors-in-chief, you developed a plan to broaden the scope of the journal to include additional clinical research with a focus on a number of lipid-related diseases and disorders. How has that gone so far?

Davidson: We’re seeing a lot of interest from the community in mechanistic research as well as in research that has translational applications; in complex disorders like atherosclerosis and peripheral vascular disease; in metabolic diseases such as Type 2 diabetes, obesity and nonalcoholic fatty liver disease; and also in neurodegenerative diseases like Alzheimer’s — things that may be influenced by environmental interactions with polymorphisms in genes that regulate lipid metabolism. I’m very gratified. I think we’ve had a very robust response.

Rye: I agree. We look very closely at every submission, and the thing that strikes both of us, I think, is that the quality of what we’re publishing is very good. We get Google Analytics sent to us monthly, so we can look at some of the stats to do with the journal, and it’s very informative because one of the things it talks about is the potential impact of newly published papers.

It used to be that one or two papers were potentially going to have high impact and the rest were low impact, and now almost all of what we’re publishing is coming up as potentially high impact. Hopefully, this will increase the number of citations. I think we’re probably publishing a little bit less, so in terms of impact factor, that’s going to have a positive effect as well. I think the journal is tracking very, very nicely. I’m really pleased with it. 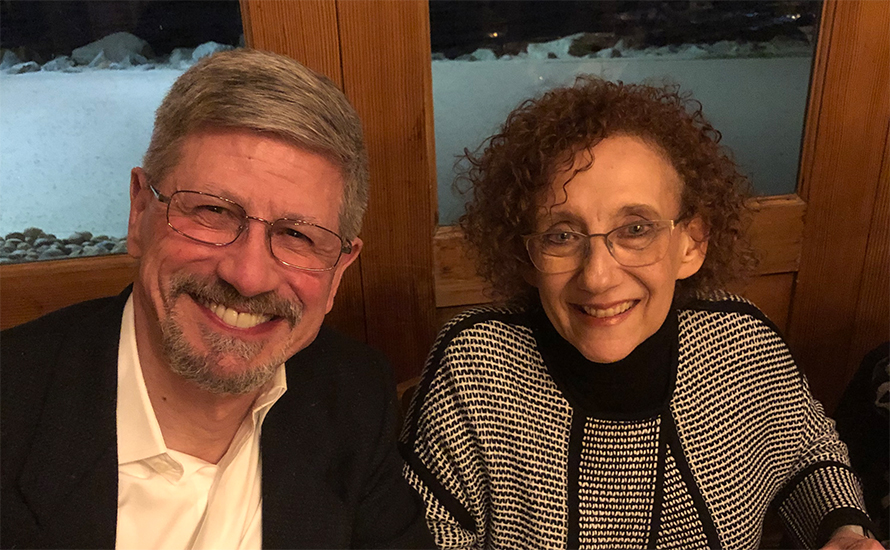 COURTESY OF NICHOLAS O. DAVIDSON
Before they were named co-editors-in-chief, Nicholas O. Davidson and Kerry-Anne Rye started as associate editors with the Journal of Lipid Research in 2011 and 2008, respectively.

That’s great. Also, what about the training program with the four junior AEs and having them to help reach into the clinical community?

Davidson: It’s been a really rewarding experience. We brought on four new junior associate editors: Two of them are underrepresented women investigators, both physician–scientists, and two of them are Ph.D. basic lipid researchers. They are very active and have transformed what used to be our in-person AE meetings, though I’m not sure if we’ll go back to those anytime soon. They’ve been very busy as reviewers, especially in terms of soliciting minireviews on their own. So I would say this inaugural cohort of four junior AEs has been spectacularly successful. We’ve just begun our solicitation for new junior associate editors for consideration later this year, so from my perspective, it’s gone spectacularly well.

Rye: Yeah, it’s fantastic. The one thing that has really struck me is that the junior associate editors have a very different view of the world from us, and they’re right on top of things that we’re not particularly engaged with, like social media, and they can have very different perceptions than we do about what is important and what’s not. We take a whole lot of notice of what they say, and it makes a big difference.

Speaking of later this year: The journals are moving to open access in December. How is that progressing?

Davidson: We’re eagerly awaiting this transition to open access, and we’re all really excited to see what that migration is going to look like. Elsevier has a lot of capacity to help with the analytics for the journal, between tracking papers more efficiently and promoting the journal with their databases on where potential submissions are more likely to come from.

Rye: It’s going to be interesting. I’ve been really impressed with what I’ve seen so far from the platforms that Elsevier has. We’ll be working with a dedicated team of people when the transition happens, and they’ve been very responsive. I think they’re pretty flexible and nimble in terms of being able to accommodate just about anything.

We also get access to a much wider pool of submissions; some will come to us from other journals where they’re not a particularly good fit, but they might be a good fit for us. In the current mode where ASBMB self-publishes, that just doesn’t happen. I think it’s going to open up quite a lot of doors, which could be really important, because it gets back to what I was saying earlier, that we might be seeing a COVID-19–related drop in the number of submissions, and I’m seeing that in a few other journals as well.

Any last thoughts about running the JLR?

Davidson: We’re having a blast.

Rye: We’re two people like chalk and cheese — we’re very different. And it just kind of works; we’ve got a good system going. The one thing that no other journal in the world has is that we have 24-hour access to an editor-in-chief, because when I’m awake, Nick’s asleep, or vice versa. It’s pretty damn good.

Rye: We’ve got to find a way we can advertise this.