Saving the bees with proteomics

You’ve probably heard about the bees dying. About a third of the world’s food depends on pollinators such as bees, wasps, ants and butterflies — and we are losing them.

Boris Baer
A researcher collects naturally mite-resistant bees in the wild to bring
back to the University of California, Riverside.

Boris Baer, professor for pollinator health at the Center for Integrated Bee Research at the University of California, Riverside, is an expert on this problem, and in a recent paper in the journal Molecular & Cellular Proteomics, he and his team describe how they have used proteomics creatively to help solve the pollinator crisis.

Many factors are hurting pollinators, including climate change, habitat loss and pesticide use. “We are losing all pollinators,” Baer said. “But in the case of the bees, we are aware of it because beekeepers record the losses.”

The U.S. has lost about two-thirds of its bee population since World War II; sometimes we resort to flying bees in from Australia or, as temperatures rise, even putting ice on top of hives so the wax doesn’t melt.

Among the many threats to pollinators is one specific to honeybees: the mite Varroa destructor, which has infested most of the world’s managed bee populations, weakening or killing whole colonies with the disease varroosis. And as if that weren’t bad enough, mites also can act as vectors for other diseases. 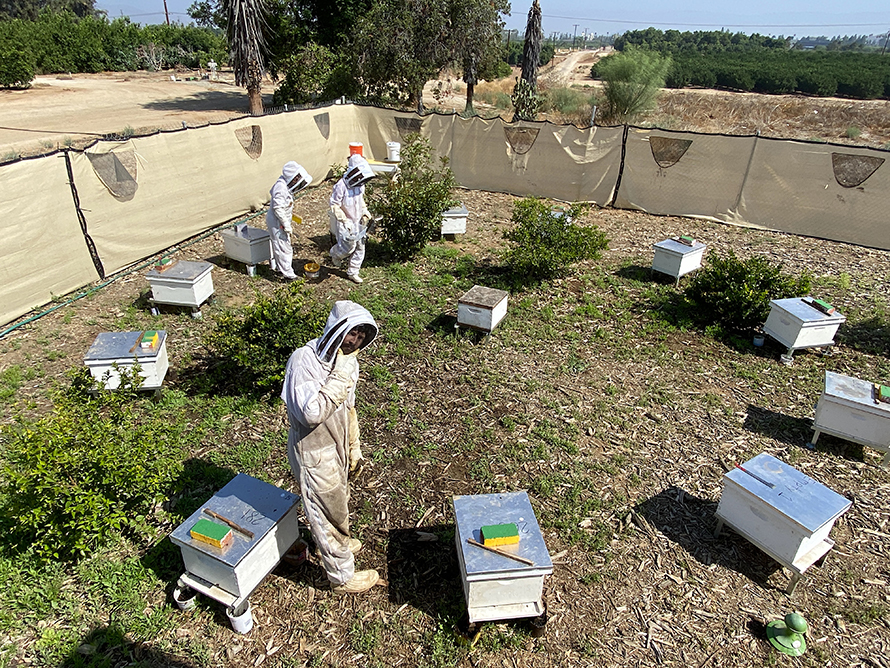 Boris Baer
In hives at the University of California, Riverside, bee species collected in the wild and bees from managed populations are kept side by side to compare how they respond to stress, including the Varroa destructor mite.

“It’s all doom and gloom. Why do we even continue to live on?” Baer said half-jokingly as he described this crisis. But he is, in fact, doing something about it.

In his recent paper, Baer, collaborating with researchers in Ethiopia and China, compared three types of bees: the European honeybee, which is susceptible to the mite and is the honeybee most common in the U.S., and the African and Eastern honeybees (from Ethiopia and China, respectively), which are naturally resistant to the mite.

The researchers used proteomics to study this naturally occurring resistance and to begin identifying what factors may protect bees. They hope that down the line, beekeepers can use this information to breed resistant bees. 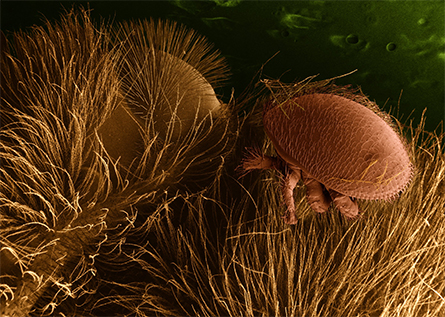 Baer hypothesized that the immune response of resistant bees might be different from that of susceptible bees. “Bees have immune systems,” he said. “Bees can defend themselves. You just have to have the right bee.”

When the researchers sorted through the data, the two resistant bee genotypes showed an enrichment of proteins related to the immune system and detoxification. This supported the team’s hypothesis and could indicate that the resistant bees are mounting a stronger or different immune response to V. destructor, making it harder for the mites to take hold.

Baer’s lab is planning next to figure out what exactly these particular proteins do and possibly set up a breeding program informed by this data. They also hope to study the Africanized bee, a hybrid cross between the susceptible European bee and the protected African bee that also shows resistance.