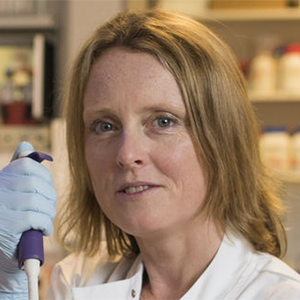 The innate immune system is an ancient evolutionary arm of defense that responds to acute trauma by generating a barrier that prevents pathogen invasion and arrests bleeding. It also patrols healthy epithelial tissues, monitoring and responding to foreign antigens and supporting development of adaptive immunity. This representation of a phospholipid bilayer shows integral membrane proteins protruding throughout.

Healthy functioning of the innate immune system relies on communication among diverse cell types, both from the bloodstream and based in stromal tissues such as epithelia and fibroblasts. Here, phospholipid signaling takes center stage in diverse ways, many of which we are only beginning to understand.

Phospholipids, or PLs, provide the membranes that hold our cells together. Researchers increasingly appreciate how these unique and diverse lipids also play essential roles in communicating within the immune system and how this is required for human health and disease. Indeed, PLs and their metabolic products are central players in vascular inflammation, hemostasis, immunity, cancer, infection and cardiovascular disease.

Here is some of what we know about PL biology in mammals so far:

Prostaglandin and eicosanoid precursors: Researchers long have known that PL hydrolysis provides polyunsaturated fatty acid substrates for generation of eicosanoids and prostaglandins by cyclooxygenases and lipoxygenases. This involves large families of phospholipases expressed in a cell-specific manner. Prostaglandins signal by activating well-characterized G protein-coupled receptors, or GPCRs, after they are secreted from immune and stromal cells during inflammation.

Phosphoinositides: The phosphorylation of inositol headgroups of phosphatidylinositol at up to three sites leads to a multitude of PL products that are potently bioactive and highly transient. These lipids form short-lived membrane anchors for kinases that regulate GPCRs, apoptosis and endocytosis.

Platelet activating factor: This extremely transient lipid contains a choline headgroup, and an alkyl bond at sn1. According to IUPAC nomenclature, it is a plasmanylcholine, with an acetyl group at sn2. The chain at sn1 is generally a 16:0 ether, but variants of other length also show bioactivity towards platelets.

Enzymatically oxidized PL: Researchers long have known that PLs oxidize in atherosclerosis and inflammation via nonenzymatic processes. Now, they are finding that a cell-specific group of related lipids, generated by enzymatic oxidation, is formed in innate immune cells in the bloodstream. These lipids allow the interaction of coagulation factors with cell membranes, an event required for blood clotting. A deficiency of enzymatically oxidized PLs, or eoxPLs, leads to too much bleeding, and studies suggest eoxPLs are involved in vascular inflammatory diseases such as aneurysms. In some situations, eoxPLs and their nonenzymatically generated analogs may be regulators of ferroptosis, an iron-dependent cell-death process relevant for cancer and organ failure.

Phospholipid innate immune recognition: Both self- and pathogen-derived PLs can act as ligands for a family of MHC class I-like antigen-presenting molecules called CD1. Lipid reactive T cells such as natural killer T cells then recognize the lipid-CD1 complexes. This type of antigen recognition shows significant molecular diversity in terms of PL species implicated, and a role is emerging for CD1-lipid presentation in human allergies, including to dust mites, pollen and bee sting.

Our lab recently published a review covering these aspects of PL signaling in the innate immune system in the Journal of Clinical Investigation.

(Terminology in the section of this article on platelet activating factor was corrected by the author on Nov. 14, 2019.)

Valerie B. O’Donnell is co-director of the Systems Immunity Research Institute at Cardiff University, U.K.