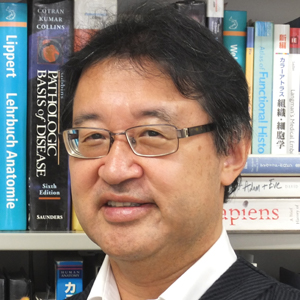 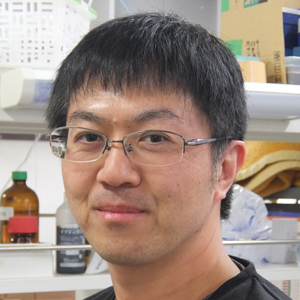 Phospholipids are not mere structural components of animal cell membranes. Many of their metabolites are physiologically functional and are pivotal in intracellular signaling. Of those, diacylglycerol, or DAG, is a second messenger activating proteins containing a C1 domain, such as protein kinase C. DGKs differ in their molecular structure, enzymatic activity, subcellular localization and binding partners. One DGK, DGK-zeta, contains both a nuclear localization signal and nuclear export signal (1), suggesting a shuttling between the nucleus and the cytoplasm. Morphological studies on animal tissues report that DGK-zeta predominantly localizes to the nucleus in some cell types, while it exhibits both nuclear and cytoplasmic localization in others. DGK-zeta translocates from the nucleus to the cytoplasm in hippocampal neurons under stress conditions such as transient ischemia and seizures, and appears to be involved in stress responses.

What roles are assigned to DGK-zeta in the nucleus and the cytoplasm? Current data suggest that nucleocytoplasmic shuttling of DGK-zeta in neurons has a dual effect: While decreased levels of nuclear DGK-zeta lead to suppression of p53 transcriptional activity, increased levels of cytoplasmic DGK-zeta facilitate p53 protein degradation. Recent studies reveal that DGK-zeta associates with p53, and DGK-zeta deletion suppresses p53 transcriptional activity under basal and DNA-damage conditions (2). DGK-zeta association with p53 facilitates cytoplasmic degradation of p53 through the ubiquitin proteasome system, or UPS. DGK-zeta deficiency, therefore, results in increased p53 levels. Another study showed that DGK-zeta is degraded after cytoplasmic translocation in neurons, leading to increased levels of p53 protein and aberrant cell cycle reentry. In all, the levels of cytoplasmic DGK-zeta may serve as a supressor for p53 by facilitating its degradation, thus suppressing its cytotoxic effects.

What are the potential effects of DGK-zeta on other transcription factors? Nuclear factor kappa-light-chain-enhancer of activated B cells, or NF-kappaB, for example, is important in numerous biological processes, particularly immune response. A recent study showed that DGK-zeta knockdown enhances the NF-kappaB pathway in response to inflammatory cytokines. DGK-zeta downregulation accelerates phosphorylation of the p65 subunit and its nuclear translocation, increasing NF-kappaB transactivation activity. These reports suggest that DGK-zeta exerts a regulatory effect on p53 and NF-kappaB (3).

A key question is determining the molecular mechanisms exerted by DGK-zeta on p53 and NF-kappaB. We want to know whether DGK-zeta catalytic activity, which alters the balance of DAG and phosphatidic acid in the nucleus and cytoplasm, is essential. How DGK activity modulates transcriptional activities is not known, but it turns out that p53 degradation mediated through cytoplasmic DGK-zeta and UPS is not kinase activity–dependent. We have found unexpected roles of DGK-zeta on transcription factors; there is much to learn about how lipid-metabolizing enzymes impact cellular signaling involved in transcriptional regulation.

Kaoru Goto is a professor in the department of anatomy and cell biology, Yamagata University School of Medicine.

Toshiaki Tanaka is an assistant professor in the department of anatomy and cell biology, Yamagata University School of Medicine.