ASBMB Today Science Back to the (poly)basics
Lipid News 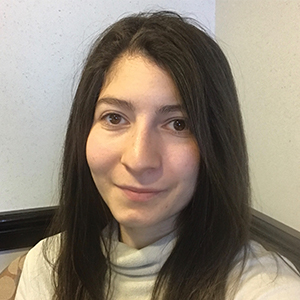 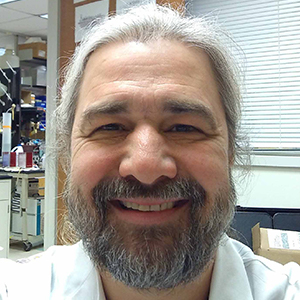 Glycerolipid synthesis occurs largely in the endoplasmic reticulum, or ER. Almost all the enzymes involved in making glycerolipids are embedded in the membranes of the ER. The exception is a family of enzymes called lipins, which dephosphorylate phosphatidic acid, or PA, to generate diacylglycerol in the penultimate step of glycerolipid synthesis.

Lipins are soluble proteins that can be found in the cell cytosol but can move to the ER membrane to perform their function. This family of enzymes consists of three members known as lipins 1-3. Genetic studies have shown that increased levels of lipin 1 in the fat tissue of transgenic mice can improve glucose homeostasis, and genetic mutations in human lipins 1 and 2 have been associated with diseases such as rhabdomyolysis, a rapid destruction of skeletal muscle cells, and Majeed syndrome, a rare condition characterized by recurrent episodes of fever and inflammation in the bones and skin. At the molecular level, a series of studies has demonstrated a complex regulation of the lipin family that is tied intimately to their phosphorylation state and the chemical properties of PA (1-4).

The substrate of lipins can exist in two electrostatic forms: it is either monoanionic (-1 charged) or dianionic (-2 charged) (5). When the membrane pH rises or when PA is in proximity to hydrogen bond donors — such as phosphatidylethanolamine (PE) — it exists as a dianionic compound. All lipin family members preferentially associate with dianionic PA; this can be observed as an increase in lipin activity and association with PA in the presence of PE (2-5). And while it has been known that the lipins are highly phosphorylated, it is now becoming clear how phosphorylation might affect lipin enzymatic activity (2-4). Specifically, phosphorylation negatively regulates the ability of lipin 1 to associate with, and act against, dianionic PA (2). However, the activities of lipins 2 and 3 are not affected by their phosphorylation state (3, 4). Why such a stark difference in molecular regulation of enzymes that catalyze the same reaction? Perhaps the answer lies within lipins themselves.

All lipins contain a polybasic domain, or PBD, a short nine-amino acid sequence composed of lysines and arginines that is responsible for lipin association with PA (6). The precise sequence and number of lysines versus arginines varies between the lipins. Recent work has revealed that the unique PBD of lipin 1 may be the reason it is subject to regulation by its phosphorylation (phosphoregulation) (4). The evidence for this came from studies where the lipin 1 PBD was replaced with the PBD from lipin 3. When the activity of this mutant lipin was measured, it was found that the presence of the lipin 3 PBD eliminated the phosphoregulation of the lipin 1 enzyme.

Conversely, the specific activity of the lipin 3 mutant containing the lipin 1 PBD showed potent inhibition by phosphorylation. While it is possible that the mutant lipin proteins became dysregulated, phosphoproteomic analysis found no significant changes compared to their wild-type counterparts.

To date, there is no structural information available for lipins. As such, the mechanisms whereby lipin 1 phosphorylation interferes with the ability of the lipin 1 PBD to recognize dianionic PA are a matter of speculation. However, the variation in the molecular regulation of lipins suggests that each has a unique role in specific cellular stimuli and physiological conditions, and perhaps the field is just beginning to elucidate the true complexity behind the function of these enzymes. Further work is needed to probe exactly how these enzymes may be regulated post-translationally. In particular, the exact residues and molecular pathways involved in the negative phosphoregulation of lipin 1 are still unknown and could provide insight into its physiological role.

Salome Boroda is a research associate for clinical studies at the University of Virginia School of Medicine, in the department of anesthesiology.

Thurl Harris is an associate professor of pharmacology at the University of Virginia.