Enjoy the sunshine with care

May is Skin Cancer Awareness Month, and Sunday is World Melanoma Day

Did you know that your risk for melanoma doubles once you’ve had more than five sunburns?

Melanoma is a type of skin cancer primarily caused by exposure to ultraviolet radiation from the sun or other sources, such as tanning beds. It is considered a preventable lifestyle disease, and you can reduce your risk of developing it by taking some simple precautions.

As we approach warmer summer months, it is natural for us to want to go outdoors and get some much-needed sunshine. That's why May is Skin Cancer Awareness Month in the U.S. Here, I'll share some facts about melanoma and how to prevent sun damage. 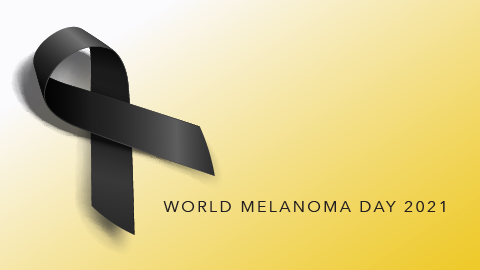 May 23 is World Melanoma Day.

Melanoma is the uncontrolled growth of melanocytes. Melanocytes are the cells in our body that produce melanin — a pigment that gives skin a tan or brown appearance. There are two types of melanin: eumelanin and pheomelanin. Naturally darker-skinned people produce more eumelanin and naturally lighter-skinned people produce more pheomelanin. Eumelanin has the ability to protect the skin from ultraviolet radiation, while pheomelanin does not.

Melanoma is more than 20 times more common in white people than in Black people. Regardless, everyone should protect their skin from UV exposure. According to the American Cancer Society, the lifetime risk of getting melanoma is about 1 in 38 for whites,1 in 1,000 for Blacks, and 1 in 167 for Hispanics.

Melanoma is the least common skin cancer; however, it is the most fatal if it is not detected in early stages. According to estimates by the National Cancer Institute, 100,350 patients were diagnosed with melanoma and 6,850 died of it in 2020.

Intense exposure to sunlight during early years as well as chronic sun exposure are highly correlated with development of melanoma, according to the American Cancer Society. Scientists at the Fred Hutchinson Cancer Research Center note that exposure to tanning lamps and beds is a leading cause.

Often the first indication of melanoma is a prominent change in an existing mole or the development of a new pigmented or unusual mole. However, not all melanomas begin as moles. Melanoma can also appear on skin with a normal appearance.

If you notice a change in an existing mole or the development of a new one, it is a good idea to have a professional examine it.

According to the Skin Cancer Foundation, risk for melanoma can be greatly reduced by doing the following:

Treatment strategies depend greatly on the cancer's stage, and a combination of treatments could be necessary for complicated cases.

Surgery: Early-stage melanoma is often treated with an excision surgery.

Immunotherapy: Immunotherapy is the use of drugs to stimulate an individual's immune system to detect and kill cancer cells. Different types of immunotherapy — such as immune checkpoint inhibitors, IL2 therapy and oncolytic virus therapy — are used to treat different stages of melanoma.

Targeted therapy: Advances in cancer genomics have enabled researchers to identify specific genetic mutations in melanoma patients. These patients can be treated with drugs targeting their particular mutations. Some of the targeted therapies that have been successful in melanoma are BRAF inhibitors, MEK inhibitors and c-kit inhibitors.

Below is a collection of melanoma research articles published in American Society for Biochemistry and Molecular Biology journals.

What effects do dietary fatty acids have on melanoma cells? Dietary intake of omega-3 fatty acids eicosapentaenoic acid (EPA) and docosahexaenoic acid (DHA) reduce the risk of melanoma in humans. Melanocytes grown in the presence of saturated fatty acids have higher levels of melanin; however, polyunsaturated fatty acids, such as EPA and DHA, inhibit melanin levels in cells. The exact mechanism by which EPA and DHA affect melanin levels in cells remains unknown. A recent study published in the Journal of Lipid Research reported that DHA represses melanoma cell proliferation by inhibiting protein kinase C signaling.

Novel technique to better understand drug resistance: Patients undergoing targeted therapies initially respond well and experience tumor shrinkage. However, eventually their cancers become resistant, resulting in relapse. The targeted therapy most commonly used against melanoma is a BRAF inhibitor. Resistance to BRAF inhibitors is usually caused by reactivation of signaling pathways, such as the MEK/ERK pathway. To overcome resistance, researchers need to assess the effects of other inhibitors, such as those against HSP90 and MEK. A recent article in the journal Molecular & Cellular Proteomics describes the use of a technique called liquid chromatography–multiple reaction monitoring mass spectrometry, or LC–MRM. The authors developed a  highly sensitive strategy to use LC–MRM to target more than 80 cancer-signaling proteins, and this approach could be applied to small quantities of clinical melanoma samples. Using this technique, researcher could robustly study the molecular mechanisms associated with BRAF-inhibitor resistance in melanoma cells.

A new drug target to overcome therapy resistance: A majority of melanoma cells carry a mutation in the BRAF gene and display high activation of extracellular signal-regulated kinase 1 and 2 (ERK1/2)  and mitogen-activated protein kinases (MAPK). In this report in the Journal of Biological Chemistry, scientists reported that they discovered a novel mechanism of BRAF-inhibitor resistance in melanoma. They determined that PARK2  is a tumor-suppressor gene that is negatively regulated by the Ras/Raf/MEK1/2/ERK1/2 pathway. Clinically,  melanoma patients with wild type BRAF have high PARK2 expression, whereas those with mutant BRAF have low PARK2 expression. Overall, this study suggests that drugs that lead to reactivation of PARK2 may be effective in overcoming drug resistance in melanoma patients.

PANX1 — a novel drug target to block the Wnt pathway: Pannexin 1 is a member of the pannexin family of glycoproteins. Pannexins form transmembrane channels for transportation of small molecules. PANX1 has been shown to regulate cellular processes such as growth, migration and invasion in melanoma cells. However, the exact mechanism by which PANX1 regulates these processes has been unclear. Scientists recently determined that PANX1 functions by interacting with β-catenin, a key player in Wnt signaling. Inhibition of PANX1 disrupted β-catenin localization at the cell membrane and blocked Wnt signaling. This novel mechanism suggests that PANX1 could be a potential drug target in melanoma cells. Read more about the study in the Journal of Biological Chemistry here.