Cow born in Japan after removal, replacement of placental cells

Researchers at Hokkaido University have found that cow embryos from which placenta-forming cells had been removed can regrow those cells, form a placenta and successfully gestate. The scientists recently published their results, which provide insight into the regenerative capacity of mammalian embryos, in the Journal of Biological Chemistry.

All mammalian embryos follow the same blueprint in the first week of development: After being fertilized, a zygote divides into two cells, which quickly become four, eight, then 16 cells that specialize into an inner cell mass and outer cells that are known individually as trophoblasts and collectively as the trophectoderm.

Nanami Kohri, the lead author on the paper, was intrigued by the fact that mouse embryos in which the trophoblasts — which differentiate to form the placenta — had been removed were much less successful in regenerating a placenta than bovine embryos that also had trophoblasts removed. 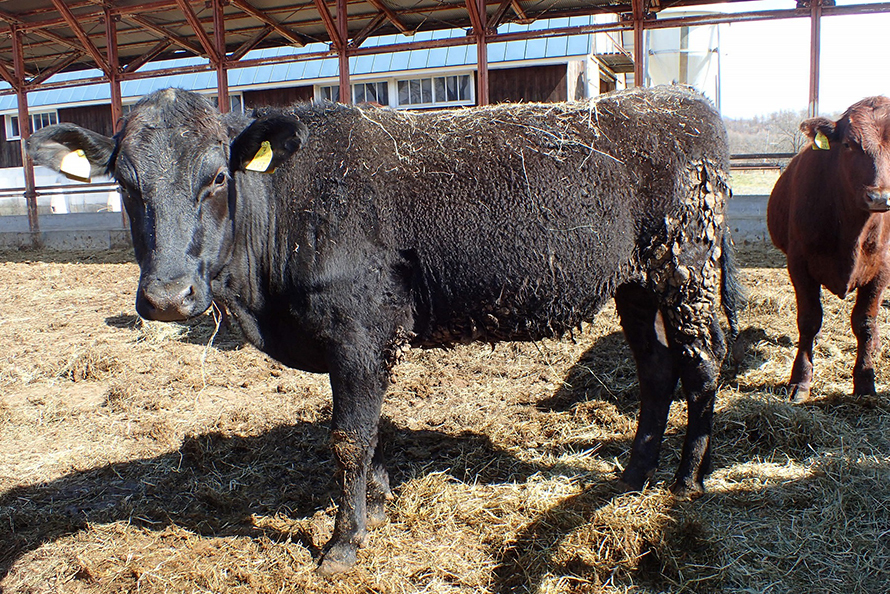 Courtesy of Nanami Kohri/ Hokkaido University
Scientists in Japan removed placenta-forming cells from a bovine embryo, but it was able to regrow those cells, form a placenta and successfully gestate. It is now this healthy 23-month-old cow. The researchers named the cow Matoryona because as an embryo it resembled a Russian matryoshka nesting doll.

Kohri and his colleagues at the Laboratory of Animal Breeding and Reproduction previously had isolated bovine inner cell masses from embryos at the early blastocyst stage to find where the genes that give rise to the trophectoderm were being expressed. Other groups had shown that cells positioned at the outer margin of the inner cell mass could be transformed into trophectoderm in mouse embryos.

To understand why the bovine embryos had more success regenerating placental cells than the murine embryos, the researchers at Hokkaido University investigated the expression of the gene SOX17, which creates a protein that regulates cell specialization in development. They found that the expression of SOX17 varied significantly between the two species and was localized to the trophectoderm cells that had been originally absent in murine embryos, which might explain the weaker regenerative capacity.

Kohri and colleagues plan to investigate what drives the differences in embryonic protein expression among mammals as they continue to monitor their calf, which is now 23 months old and healthy.

“It has been suggested that the molecular basis of determining cellular divisions and localization in development differs among species,” Kohri said. “In the future, we will have to use our experimental system to evaluate trophectoderm regeneration from the reformed inner cell masses in mice and cattle.”