Dysregulation of a lipid transfer protein linked to brain disorders 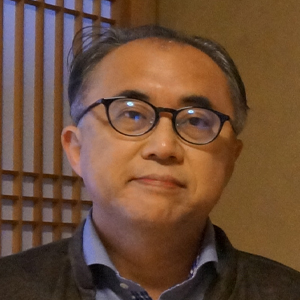 Advanced studies of human genetics are a big wave in the medical sciences. Collaborative teams of clinical geneticists and bioinformaticians are surfing this wave, rapidly discovering genomic variations associated with specific human disorders. This trend is providing scientific bases for personalized medicines but also new, important questions linked to the basic biochemistry field.

Ceramide transport protein, or CERT, moves the waxy lipids known as ceramides in cells for the synthesis of sphingomyelin, a membrane lipid that is ubiquitous in mammalian cells. In 2007, researchers found that CERT is functionally repressed by multiple phosphorylations of a serine-repeat motif, or SRM, in CERT. At the time, scientists regarded this finding as pure biochemistry of a protein.

However, a decade later, large-scale human genetic studies on intellectual disabilities and mental development disorders, or ID/MD, showed that missense mutations in or near the CERT SRM-encoding regions are associated with a type of autosomal dominant hereditary ID/MD. The dominant inheritance was in line with a prediction from the previous biochemical study that loss of hyperphosphorylation of the SRM renders CERT abnormally active.

Our recent collaborative study confirmed this prediction by demonstrating that substitution of a serine residue in the SRM with other residues similar to variants found in ID/MD patients results in dysregulation of CERT in cultured cells. Nonetheless, several ID/MD-associated missense mutations that occurred in the CERT gene CERT1 also are mapped outside the SRM. This riddle was answered by another recent study showing that a non-SRM variant also compromises the SRM hyperphosphorylation, thereby abnormally activating CERT.

Moreover, cell biological analysis showed that abnormally activated CERT mutants exhibit an aberrant punctate distribution in cells, suggesting that the subcellular distribution pattern is applicable as a diagnostic tool to assess whether a CERT1 variant is an abnormally activated type that may cause ID/MD, although the precise identity of the puncta structure remains undetermined.

Kentaro Hanada
Advanced human genetics studies have shown that missense mutations in the CERT1 gene encoding the ceramide transport protein CERT are associated with certain intellectual disabilities and mental development disorders. Recent studies in the Hanada lab showed that ID/MD-associated CERT variants are defective in the serine-repeat motif phosphorylation-dependent repression. In this diagram, for simplicity, CERT is illustrated as a monomer, although it forms oligomers in cells.

Kentaro Hanada is a senior researcher in the quality assurance, radiation safety and information management department of the National Institute of Infectious Diseases in Japan, where he is also former director of the biochemistry and cell biology department and an emeritus officer.