A protein in your brain behaves like a virus

Forming a protective shell, Arc moves from neuron to neuron 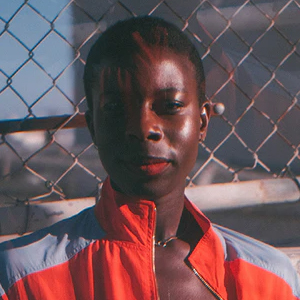 Since childhood, we've been warned against germs, helping form a popular opinion that viruses and bacteria are an enemy. However, new research suggests that may be a mistaken impression. Jason Shepherd, associate professor of neurobiology at the University of Utah Medical School, has been studying how viruses and bacteria have actually helped us to evolve into the complex species we are — and, in fact, may be the key to unlocking potential treatments for a number of brain disorders. 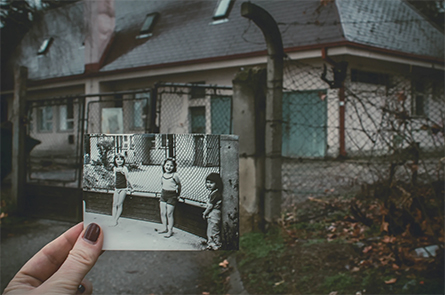 Viruses may actually be responsible for the ability to form memories. Shepherd's research focuses on how our brains encode, store, and retrieve memory, enabling us to learn – and what happens when these processes are disrupted as we age. Neurons in the brain don't actually touch; there are gaps between them called synapses, across which signals are transmitted. Specific patterns of activity can alter the strength of these synapses. Known as synaptic plasticity, these patterns mediate both learning and memory. The star of Shepherd's research is a protein called "activity regulated cytoskeletal" protein or Arc. By carrying out memory tests in Arc-deficient mice, Shepherd and his colleagues have shown that Arc is essential for memory. "If you take the Arc gene out of mice," Shepherd explains, "they don't remember anything." These mice initially appear to be capable of learning, but they aren't capable of retaining these memories. "If you come back an hour later or a day later, there's just no consolidation." Based on these studies, Shepherd believes that Arc is a critical piece of the brain's conversion of memories from short-term to long-term storage. 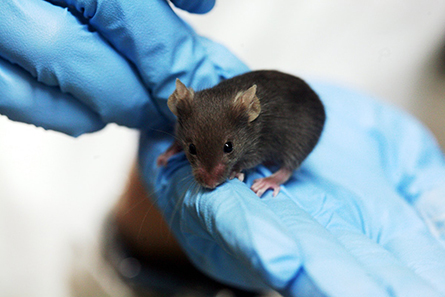 Arc was first discovered in the mid-90's by two independent research groups (led by Paul Worley and Dietmar Kuhl) looking for genes that could be switched on by learning. Around the same time that Arc was discovered, another group of researchers led by Oswald Steward were investigating whether protein synthesis could occur at the synapse, rather than the cell body like in most cells. It turned out that not only was Arc uniquely switched on by synaptic activity, but Arc messenger RNA, the molecule responsible for carrying the instructions to make Arc protein, was one of the first examples of an RNA molecule that gets trafficked from the cell body to the synapse. This finding prompted researchers to ask just how cells translated Arc RNA into a protein at the synapse.

When Shepherd started looking into this, what he found was "completely unexpected." In the lab, the Arc protein kept clumping up. "It seemed to be behaving weirdly," he recalls. "We almost stopped doing the experiments, because we thought that we were stuffing up somewhere." After a lot of head scratching, they concluded that the protein was clumping because it was much bigger than expected, and decided to look at the protein under an electron microscope.

What Shepherd saw reminded him of something that had nothing to do with the proteins he was used to – the Arc protein looked like human immunodeficiency virus (HIV). Retroviruses, like HIV, lack the necessary biological machinery to replicate their own RNA. So instead, they have evolved to attach to a host cell, and insert their own genomic material into the genome of the cell, where it will be replicated as part of the cell's normal process. To protect the viral RNA from being destroyed by the host defense system, viruses enclose their RNA in a protein shell called a capsid. This allows the virus to travel from cell to cell unscathed. Like HIV, Arc forms a capsid containing its own RNA – which was completely unheard of for a human protein. 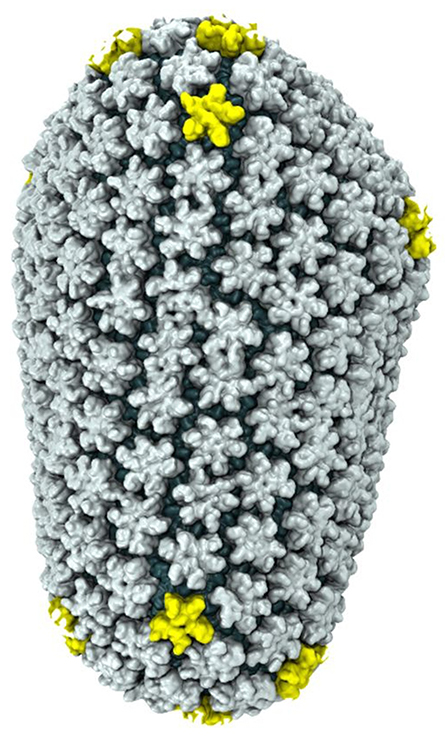 Juan R. Perilla/University of Illinois
at Urbana-Champaign
The HIV capsid. This is the virus's outer protective shell.

Through mouse experiments, they also found that Arc proteins behave like viruses, "infecting" cells just like real viruses do. Shepherd found that Arc capsids released from one neuron are able to share their RNA with another neuron, similar to how viruses share RNA.

Which raises an important question: how did a protein that behaves like a virus end up in humans? Though the Arc gene's evolutionary history is still being investigated, it is found in both birds and humans but not in fish. Since a version of Arc is found in humans and mice, scientists are now assuming that it is found in every land animal. Shepherd adds, "The closest sequence [to the Arc gene] in fish is an active retrotransposon," which are pieces of genetic material that can jump from one part of a genome to another. He thinks the Arc gene was randomly inserted by a retrotransposon in an ancestor of both fish and land mammals over 350 to 400 million years ago. He concludes "Once it was incorporated into the genome it became repurposed."

Together, these studies show that Arc is a viral-like evolutionary remnant that is extremely numerous in the areas of the brain associated with memory formation, and helps control memory. But we don't yet know the purpose of this viral-like mechanism. Unlike mice, fish without an Arc-like gene don't have great memories but they still learn, so what does Arc confer to them? Shepherd speculates, "One explanation is that when animals moved onto land, there were all these new environments they had to adapt to – so you needed a smarter brain, and a more plastic brain. Perhaps that is why Arc is so useful: It can give that extra plasticity or some sort of advantage." He thinks the capsid structure might have been preserved as a protective measure when transporting RNA, since that's what viruses use their capsids for — to protect from cell defenses.

Like many discoveries, the surprising findings about Arc have led to more questions, many of which still don't have answers. Shepherd and his group are already beginning to think about how this pathway could be implicated in Alzheimer's disease and cognitive decline in aging, or harnessed for developing treatments. Perhaps Arc-like capsids could be used to remove toxic proteins. Or maybe it could be harnessed to deliver gene therapies without causing an immune response. It might even be possible to manipulate brain plasticity in order to enhance memory. The way Shepherd sees it, "Arc is really the intermediate between the environment and the wiring of the brain." He explains that any time you encounter something new, or the brain needs to learn something new, Arc expression is enhanced. He says, "Anything that boosts cognitive awareness and plasticity, we think could boost Arc expression." 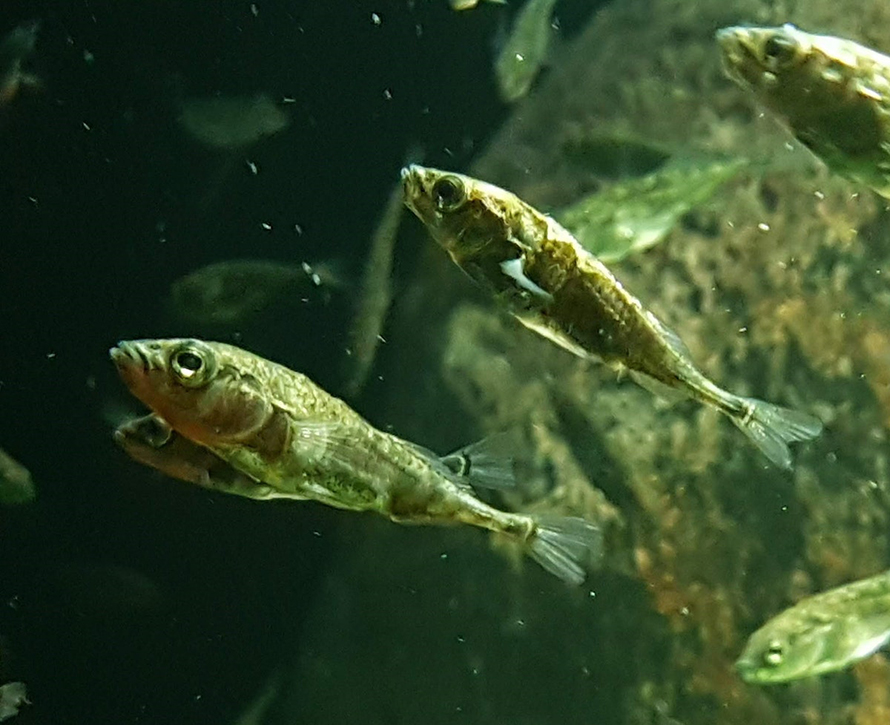 Wikimedia Commons
Did you hear what he said about your brains?
He explains that any time you encounter something new, or the brain needs to learn something new, Arc expression is enhanced.

Shepherd believes that there is a constant battle within the brain between plasticity and stability. "The young brain is extremely plastic, because you are learning about your environment. But at some point, this information must be retained, so the brain becomes more stable." He says, "One way this could happen is that the inhibitory network of neurons gets stronger, making it more difficult to induce some of the genes required for plasticity" – like Arc. In a recent paper, Shepherd showed that if you boost Arc in normal adult mouse brains you can reopen some of the highly plastic parts of the brain in the critical period during infancy. It's not difficult to imagine that the same might also be possible in humans. (Of course, Shepherd warns, such experiments would have to be extremely controlled.)

Furthermore, Arc is probably not the only gene of its kind. Shepherd thinks there are another 50 genes in the genome that have similar viral structure or origins. It's unclear whether these other proteins could be involved in memory, or if there's similar viral-like processing or pathways in other cell types. The questions Arc poses may lead us to even more exciting discoveries.

Yewande Pearse is a Research Fellow based at LA Biomed, in affiliation with the University of California, Los Angeles.

The mechanism of the monkeypox antiviral
Laurel Oldach
From CRISPR to glowing proteins to optogenetics
Marc Zimmer
From the journals: JBC
Anand Rao
Working with dangerous viruses sounds like trouble
Jerry Malayer
Unraveling the mysterious mutations that make delta the most transmissible COVID virus yet
Liz Szabo
From the journals: MCP
Nicole Lynn