PI-PLC β1 in differentiation and disease 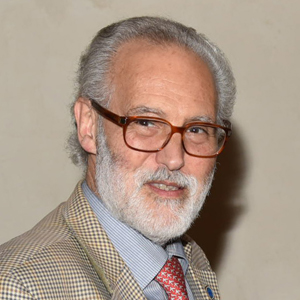 Evidence from several laboratories has highlighted the presence of autonomous nuclear inositol lipid metabolism. The evidence suggests that lipid molecules are important components of signaling pathways operating within the nucleus. The findings are important, given the fact that nuclear signaling activity controls cell growth and differentiation.

Inositide-specific phospholipase C plays a role in MDS and a form of muscular dystrophy.IMAGE PROVIDED BY LUCIO COCCO

Among the nuclear enzymes involved in this system, inositide-specific phospholipase C, or PI-PLC, β1 is one of the most extensively studied enzymes. Besides the studies on its signaling activity, clinically oriented studies have shown that a mono-allelic deletion of the PI-PLCβ1 gene is associated with the evolution of myelodysplastic syndromes, or MDS, into acute myeloid leukemia. Studies also have showed that increased PI-PLCβ1 gene expression, due to reduced methylation and reactivation of its promoter, associates with responsiveness to demethylating agents, such as azacitidine, in MDS. Extensive clinical and molecular evaluation have aimed to establish a predictive role of increased PI-PLCβ1 gene expression during the first three cycles of treatment with the demethylating drug azacitidine. The data obtained hint at PI-PLCβ1 expression as a useful tool for the early identification of a subgroup of patients with a higher probability of response to azacitidine. These data suggest also a possible involvement of nuclear PI-PLCβ1 in the early stages of hemopoiesis and specifically in the control of cell-cycle progression in progenitor hemopoietic cells. Nuclear PI-PLCβ1 also is involved in myogenic differentiation.

Myotonic dystrophy is the most prevalent form of muscular dystrophy in adults. DM type 1 and type 2 are dominantly inherited multisystem disorders. DM1 is triggered by the pathological expansion of a CTG triplet repeat in the gene coding for DMPK, the dystrophia myotonica-protein kinase. A CCTG tetranucleotide repeat expansion in the ZNF9 gene, which encodes a CCHC-type zinc-finger protein, causes DM2. Unlike in normal myotubes, the level of expression of PI-PLCβ1 in DM1 and DM2 cells already is elevated in proliferating cells. Treatment with insulin induces a dramatic decrease in the amount of PI-PLCβ1. During differentiation, cyclin D3 and myogenin are elevated in normal myotubes. When DM1 and DM2 cells are induced to differentiate, they do not show any increase in these proteins. Forced expression of PI-PLCβ1 in DM1 and DM2 cells increases the expression of differentiation markers myogenin and cyclin D3 and enhances fusion of DM myoblasts. These results highlight again that nuclear PI-PLCβ1 expression is a key player in myoblast differentiation, functioning as a positive regulator in the correction of delayed differentiation of human skeletal muscle.

Lucio Cocco is a professor and head of the cellular signaling laboratory in the department of biomedical sciences at the University of Bologna in Italy.