Solving ChIP-Seq challenges. PAK-1 and cell proliferation. RNA rescue by Ataxin-2. Read about papers in the Journal of Biological Chemistry on these and other topics.

Spinocerebellar ataxia type II, or SCA2 — a hereditary neurological disorder characterized by the progressive loss of muscle control — is among the most common forms of spinocerebellar ataxias. Individuals with SCA2 first experience problems with coordination and balance, speech, swallowing, and eye control. Over time, symptoms also include weakness in limbs, muscle wasting, uncontrolled muscle tensing and involuntary jerking movements. People diagnosed with SCA2 often survive only 10 to 20 years after showing initial symptoms.

Nearly 25 years ago, researchers identified the root genetic cause of SCA2 as mutations in the Ataxin-2 gene. Ataxin-2, a cytoplasmic protein that binds and stabilizes a number of mRNA sequences and is expressed widely throughout the brain, is involved in several translation-related processes including the regulation of RNA stability/translation, suppression of harmful R-loop formation, involvement in cellular stress response, and germline and circadian rhythm formation. However, researchers have not yet uncovered the direct role of Ataxin-2 in translation.

Polyadenylation is an important feature in the pre-processing of mRNA. It refers to the addition of multiple adenosine monophosphate to an RNA transcript, creating what is known as a poly(A) tail. Using transcriptional pulse chase analyses, Hiroto Inagaki of Nagoya City University and colleagues found that Ataxin-2 promotes post-transcriptional polyadenylation of its target mRNAs. The researchers also conducted a polysome profile analysis, providing direct evidence that Ataxin-2 enhances translation of its target mRNAs. By doing so, Ataxin-2 stabilizes the RNA molecule, preventing its degradation.

The researchers describe this work in a recent paper in the Journal of Biological Chemistry. They believe their findings show new ways that Ataxin-2 may be involved in the pathological processes of not just SCA2 but also amyotrophic lateral sclerosis and other neurodegenerative diseases. 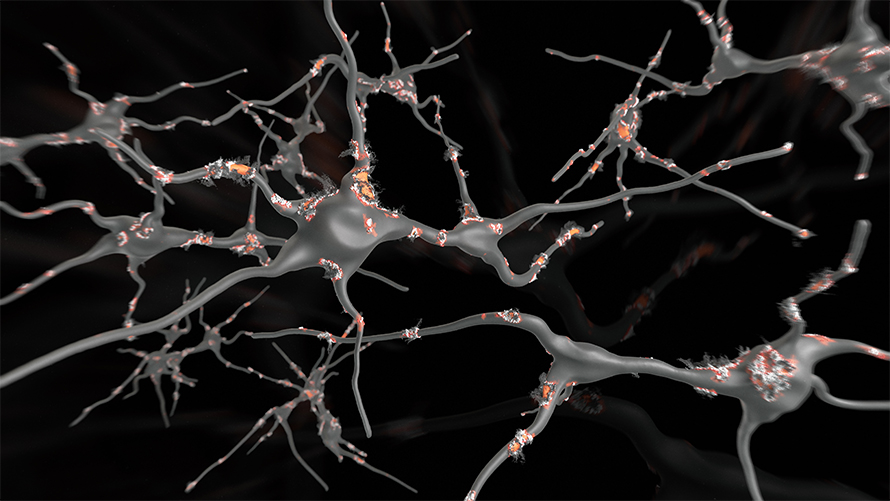 ChIP-ing away at ChIP-Seq pain points

Chromatin immunoprecipitation followed by next-generation sequencing, or ChIP-Seq, is used widely to identify genomewide DNA binding sites and enrich chromatin modifications. Cheap and relatively easy to set up, ChIP-Seq has become a cornerstone of epigenetics research. For all its merits, however, researchers still haven't found an appropriate method for defining a quantitative scale for ChIP-Seq data analysis.

Bradley Dickson of the Van Andel Research Institute and collaborators determined that a commonly used method for comparing ChIP-Seq signal strength with external references — spike-in normalization — may be flawed, leading to inaccurate conclusions. To address this issue, the authors appealed to the physics exploited by ChIP-Seq to develop a physical model that produces a quantitative scale for ChIP-Seq result comparison. To test their model and demonstrate this scale, the researchers examined the impacts of an enhancer of zeste homolog 2, or EZH2, inhibitor using ChIP-Seq; their experimental results were predicted accurately by the model but not by conventional spike-in–based indications. The researchers also found a sensitivity issue in spike-in normalization practices that has not been considered in the literature, which, according to the authors, places limitations on the utility and trustworthiness of certain spike-in normalization methods as well as published results utilizing them.

A paper recently published in the Journal of Biological Chemistry describes the authors' approach — called the sans-spike-in method for quantitative ChIP-sequencing, or siQ-ChIP — which may prompt changes in community practice of ChIP-Seq, data reporting and analysis.

Heterotrimeric G proteins regulate a variety of signaling pathways that control cell development and influence cell morphology via actin/cytoskeleton remodeling. There are four main families of G proteins: Gi/Go, Gq, Gs and G12/13. Researchers long have thought that Gs, unlike its family members, is coupled specifically and exclusively to adenylyl cyclases.

In a new study published in the Journal of Biological Chemistry, Alejandro Castillo–Kauil of the Center for Research and Advanced Studies of the National Polytechnic Institute and collaborators challenge this dogmatic view by identifying a new Gs target. Using biochemical, molecular biological and chemogenetic approaches, the researchersdemonstrated that the Gαs subfamily of G proteins can regulate the activity of Rho GTPases such as Rho guanine nucleotide exchange factor, or RhoGEF. The interaction identified by the group activates the small G protein Cdc42 by Gs-coupled GPCRs, stimulating a rearrangement of the cytoskeleton and inducing formation of fingerlike protrusions called filopodia.

How to keep Staph from sticking

Staphylococcus aureus, a bacterium thatcan cause pneumonia and heart infections, often adheres to skin, causing the blisters and abscesses known as staph infection. The adhesins that bind the bacteria to host skin ligands are a promising therapeutic target. However, researchers are unable to develop anti-adhesives without efficient methods for studying S. aureusadhesion.

In a recent paper published in the Journal of Biological Chemistry, Laurenne E. Petrie and colleagues at the University of Guelph describe how they developed and validated a high-throughput assay that enables the large-scale profiling of S. aureus adhesion to host ligands. The authors profiled a sequence-defined S. aureus transposon mutant library, identifying mutants that had reduced adhesion to the human-derived extracellular matrix molecules fibronectin, keratin and fibrinogen. To compare the genetic requirements of adhesion to each host ligand, the researchers generated an S. aureus genetic adhesion network, which identified a core gene set involved in adhesion to all three host ligands, as well as unique genetic signatures.

With the new assay, researchers can do high-throughput screens capable of identifying new anti-adhesives.

The serine/threonine kinase P21-activated kinase-1, or PAK1, influences cancer-related biological processes such as cell migration, invasion and angiogenesis. However, researchers have not completely delineated the network of signaling molecules linked to PAK1.

These results, published in the Journal of Biological Chemistry, provide a comprehensive view of PAK1-mediated signal transduction pathways and identify new drug targets for glioma therapy.