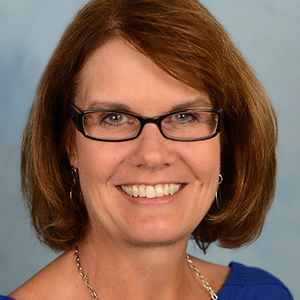 Researchers from the University at Buffalo School of Pharmacy and Pharmaceutical Sciences recently published an article in the journal Molecular & Cellular Proteomics describing their pursuit of key metabolic regulators involved in cancer cell resistance to gemcitabine, a standard-of-care chemotherapy for pancreatic dual adenocarcinoma, the most lethal type of pancreatic cancer.

Pancreatic adenocarcinoma does not respond well to current treatments or to newer immunotherapies that have worked well in some cancers. Gemcitabine is the mainstay drug for PDAC patients but provides only modest survival benefits. 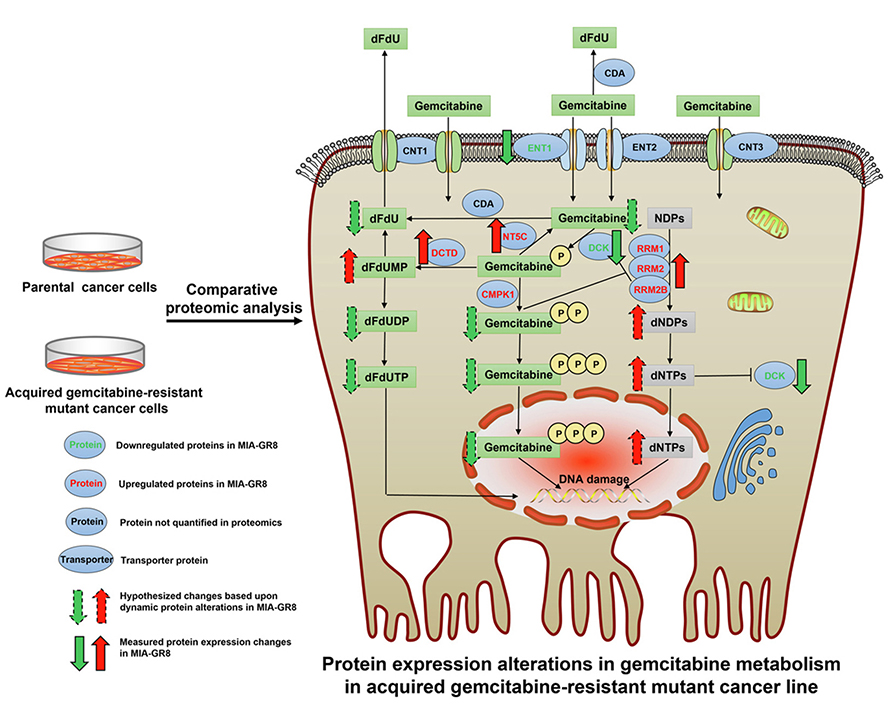 First author Qingxiang (Nick) Lin — who performed much of the work as a graduate student of Straubinger‘s in the Roswell Park Comprehensive Cancer Center Cancer Stress Biology Program and is now a postdoctoral scholar at Massachusetts General Hospital/Harvard Medical School — developed multiple cancer cell lines that acquired a high degree of gemcitabine resistance.

The team then employed the detailed proteomic analyses to test their hypothesis that the very large loss in gemcitabine sensitivity in the cell lines developed would identify multiple protein functional networks that cooperate in PDAC cells to create a highly drug-resistant state.

The key findings indicated that the overall consequence of multiple protein-level changes observed in highly gemcitabine-resistant cells is that alterations in multiple drug response networks work in concert to reduce the intracellular concentrations of gemcitabine and its active metabolites.

The team noted significant elevations in protein expression within cellular gemcitabine transport and metabolism pathways that would prevent PDAC cells from experiencing lethal gemcitabine -induced stress and damage. The team concludes that approaches to modulate these drug metabolism pathways could overcome resistance therapeutically in PDAC patients, and it has been working toward identifying potential "master regulators" that may coordinate the overall drug-resistance response in PDAC cells.

“This research utilizes the cutting-edge global quantitative proteomic analyses to dissect systematically the molecular mechanisms of both acquired and intrinsic drug resistance in pancreatic cancer, and provides systems-level insights that could translate into therapeutic modulations of drug metabolism to overcome the chemo-resistance that frequently develops clinically, and improve the therapy of pancreatic cancer patients,” Lin said.

Straubinger added: “Understanding that there are adaptations within multiple pathways of cancer cells enables us to focus on new drugs that can combat drug resistance. One obvious focus would be to identify possible master regulators that drive drug resistance, because the changes we observed in highly drug resistant PDAC cells appear to be coordinated toward an overall purpose. Finding drugs that reprogram drug resistant cells would be the key to exploiting these findings and reverse clinical drug resistance.”

The team continues its work to develop promising drug combination strategies that can reverse drug resistance in PDAC patient tumors. The ultimate hope is that these approaches could move quickly to clinical investigation, benefitting pancreatic cancer patients fighting this highly aggressive and often lethal cancer.

This article first appeared in the University of Buffalo News Center and was republished with permission. Read the original.

Rebecca Brierley is the assistant dean for external affairs at the University of Buffalo School of Pharmacy and Pharmaceutical Sciences.