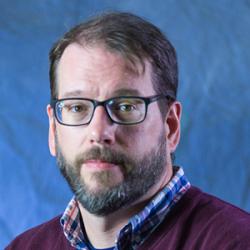 A team of researchers led by Penn State scientists has identified the location of changes in the photosynthetic apparatus of some cyanobacteria — formerly known as “blue-green algae” —  that allow the organisms to grow using far-red light. Using high-resolution cryo-electron microscopy, the researchers pinpointed locations in two photosystem complexes within the cyanobacteria that incorporate alternate versions of chlorophyll pigments. These alternates are attuned to longer wavelengths, which allows the cyanobacteria to efficiently use far-red light to perform oxygen-evolving photosynthesis. Considering that the energy available in far-red light is equivalent to 15% of total solar radiation reaching Earth, this ability gives these organisms an advantage in competing with plants and other cyanobacteria for light for photosynthesis.

The structures are described in two papers (here and here) in the Journal of Biological Chemistry and could eventually help researchers engineer crop plants that can use a broader wavelength spectrum of light for growth. 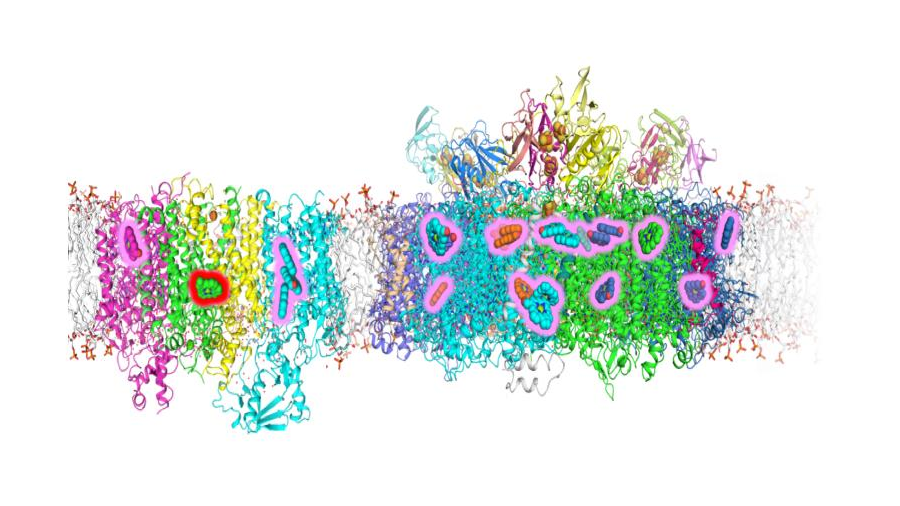 “If you would have asked me 10 years ago if you could grow most cyanobacteria in far-red light, I would have laughed,” said Donald A. Bryant, leader of the research team. “But it turns out that if you put them in far-red light, some cyanobacteria activate a set of about 20 genes that allow them to modify their photosynthetic apparatus and the chlorophylls that they produce so that they can use far-red light for photosynthesis. Since making that discovery in 2013, we have been trying to understand how that works.”

Cyanobacteria are bacteria that obtain energy through oxygen-producing photosynthesis and are found almost everywhere, including extreme environments like hot-springs, deserts, and polar regions. They are among the oldest organisms on Earth, and their ability to produce oxygen through photosynthesis is thought to have been important to changes in the early Earth’s atmosphere that paved the way for the evolution of diverse and complex life forms. They are also important model organisms, with potential applications for bioethanol production, as dietary supplements, and as food colorings.

When grown under normal, “white” light conditions — that is, visible light, which ranges from violet light with a wavelength of about 400 nm to red at 700 nm — cyanobacteria harvest that light using mainly chlorophyll a, which absorbs light with wavelengths up to a maximum of about 700 nm. When grown in far-red light (up to about 800 nm), some terrestrial cyanobacteria convert a portion of that chlorophyll a into chlorophylls d and f, which absorb longer wavelengths of light. These alternative forms of chlorophyll give such organisms the ability to harvest far-red light and use it efficiently for photosynthesis, which allows those cyanobacteria to thrive in low- or filtered-light environments, such as occurs under plants or trees.

The photosystem I and II complexes are very difficult to crystallize — because they are very large, membrane-bound complexes — so X-ray crystallography, a standard laboratory method for determining the three-dimensional structures of molecules, was not likely to work. The researchers then turned to cryo-EM, but the tiny differences between the forms of chlorophyll molecules stretched the limits of cryo-EM resolution to detect. The chlorophylls differ at only a few atoms of similar mass.

“My collaborator, Chris Gisriel, who is a postdoctoral fellow in Gary Brudvig’s lab at Yale, was fortunate to achieve a very high-resolution structure for the photosystem II complex — 2.25 angstrom (Å) — allowing him to visualize the differences in some of the chlorophylls directly,” said Bryant. “The extent of the difference between chlorophyll a and f is that two hydrogen atoms are replaced by an oxygen atom in a molecule with the composition of C55H72MgN4O5. In a complex like photosystem I that contains nearly 100 pigment molecules and 11 protein subunits or photosystem II with 35 chlorophylls and 20 protein subunits, these small changes are like looking for a few needles two very large haystacks. Because these chlorophylls confer the special properties that allow far-red light utilization, it is very important to understand exactly how these molecules are arranged.”

Most of the time, the oxygen atoms are tied up in hydrogen bonds, so the researchers can look for hydrogen-bond donors that are close to the right places in the chlorophyll molecules. By applying this method and others to the structures determined using cryo-EM, they were able to identify the locations of chlorophyll f molecules in the two photosystem complexes and the position of the single chlorophyll d molecule in photosystem II as well.

“Identifying the structural basis for how this far-red light-absorption occurs in nature is an important step forward,” said Gisriel, first author of both studies. “The identification of the precise locations in the photosystem I and II complexes where the alternate forms of chlorophyll are incorporated could open up the doors for exciting future applications. For example, crops could potentially be engineered to harvest light beyond the visible spectrum. In addition, two crops could potentially be grown together, with shorter crops, using the filtered far-red light from their shaded locations beneath taller crops. Alternatively, plants could be grown closer together because of better light capture in the leaves beneath the canopy.”

This article was reprinted with permission from Penn State. Read the original.

Sam Sholtis is a science writer in the Eberly College of Science at Penn State.