ASBMB Today Science We scanned the DNA of 8,000 people to see how facial features are controlled by genes
News

We scanned the DNA of 8,000 people to see how facial features are controlled by genes 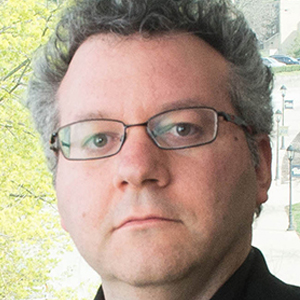 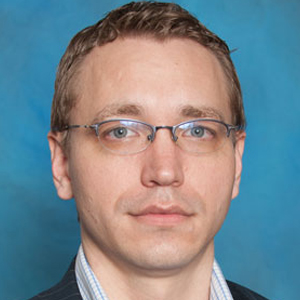 You might think it's rather obvious that your facial appearance is determined by your genes. Just look in the family photo album and observe the same nose, eyes or chin on your grandparents, cousins and uncles and aunts. Perhaps you have seen or know someone with a genetic syndrome – that often results from a damaging alteration to one or more genes – and noticed the often distinctive facial features. 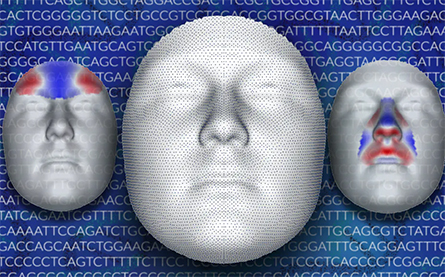 You may be surprised to learn that until very recently, geneticists had virtually no understanding of which parts of our DNA were linked to even the most basic aspects of facial appearance. This gap in our knowledge was particularly galling since facial appearance plays such an important role in basic human interactions. The availability of large data sets combining genetic information with facial images that can be measured has rapidly advanced the pace of discovery.

So, what do we know about the genetics of facial appearance? Can we reliably predict a person's face from their DNA? What are the implications for health and disease? We are an anthropologist and a human geneticist whose research focuses on uncovering the biological factors that underlie the similarities and differences in facial appearance among humans.

How many genes are associated with facial appearance?

We still don't have a complete answer to this question, but recent work published in Nature Genetics by our collaborative research team has identified more than 130 chromosomal regions associated with specific aspects of facial shape. Identifying these regions is a critical first step toward understanding how genetics impacts our faces and how such knowledge could impact human health in the future.

We accomplished this by scanning the DNA of more than 8,000 individuals to look for statistical relationships between about seven million genetic markers – known locations in the genetic code where humans vary – and dozens of shape measurements derived from 3D facial images.

When we find a statistical association between a facial feature and one or more genetic markers, this points us to a very precise region of DNA on a chromosome. The genes located around that region then become our prime candidates for facial features like nose or lip shape, especially if we have other relevant information about their function – for example, they may be active when the face is forming in the embryo.

While more than 130 chromosomal regions may seem like a large number, we are likely only scratching the surface. We expect that thousands of such regions – and therefore thousands of genes – contribute to facial appearance. Many of the genes at these chromosomal regions will have such small effects, we may never have enough statistical power to detect them. 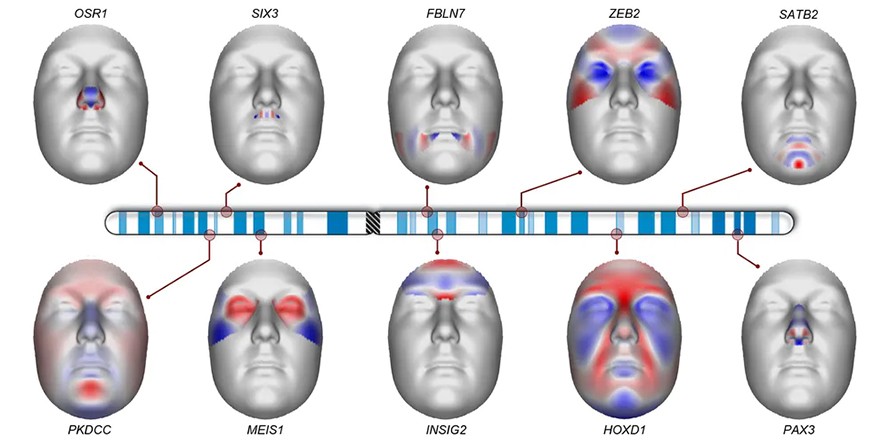 What do we know about these genes?

When we look collectively at the implicated genes at these 130-plus DNA regions, some interesting patterns emerged.

Your nose, like it or not, is the part of your face most influenced by your genes. Perhaps not surprisingly, areas like the cheeks, which are highly influenced by lifestyle factors like diet, showed the fewest genetic associations.

The ways that these genes influence facial shape was not at all uniform. Some genes, we found, had highly localized effects and impacted very specific parts of the face, while others had broad effects involving multiple parts.

We also found that a large proportion of these genes are involved in basic developmental processes that build our bodies – bone formation, for example – and, in many cases, are the same genes that have been implicated in rare syndromes and facial anomalies like cleft palate.

We found it interesting that there was a high degree of overlap between the genes involved in facial and limb development, which may provide an important clue as to why many genetic syndromes are characterized by both hand and facial malformations. In another curious twist, we found some evidence that the genes involved in facial shape may also be involved in cancer – an intriguing finding given emerging evidence that individuals treated for pediatric cancer show some distinctive facial features.

Can someone take my DNA and construct an accurate picture of my face?

It is unlikely that today, or for the foreseeable future, someone could take a sample of your DNA and use it to construct an image of your face. Predicting an individual's facial appearance, like any complex genetic trait, is a very difficult task.

To put that statement in context, the 130-plus genetic regions we identified explain less than 10% of the variation in facial shape. However, even if we understood all of the genes involved in facial appearance, prediction would still be a monstrous challenge. This is because complex traits like facial shape are not determined by simply summing up the effects of a bunch of individual genes. Facial features are influenced by many biological and non-biological factors: age, diet, climate, hormones, trauma, disease, sun exposure, biomechanical forces and surgery.

All of these factors interact with our genome in complex ways that we have not even begun to understand. To add to this picture of complexity, genes interact with one another; this is known as "epistasis," and its effects can be complex and unpredictable.

It is not surprising then, that researchers attempting to predict individual facial features from DNA have been unsuccessful. This is not to say that such prediction will never be possible, but if someone is telling you they can do this today, you should be highly skeptical.

How might research connecting genes and faces benefit humans?

One of the most exciting developments in medicine in the 21st century is the use of patients' genetic information to create personalized treatment plans, with the ultimate goal of improving health outcomes.

A deeper understanding of how genes influence the timing and rate of facial growth could be an invaluable tool for planning treatments in fields like orthodontics or reconstructive surgery. For example, if someday we can use genetics to help predict when a child's jaw will hit its peak growth potential, orthodontists may be able to use this information to help determine the optimal time to intervene for maximal effect.

Likewise, knowledge of how genes work individually and in concert to determine the size and shape of facial features can provide new molecular targets for drug therapies aimed at correcting facial growth deficiencies.

Lastly, greater knowledge of the genes that build human faces may offer us new insights into the root causes of congenital facial malformations, which can profoundly impact quality of life for those affected and their families.

Seth M. Weinberg is an associate professor in the departments of oral biology, human genetics and anthropology, and co-director of the Center for Craniofacial and Dental Genetics at the University of Pittsburgh.

John R. Shaffer is an assistant professor of human genetics at the University of Pittsburgh. 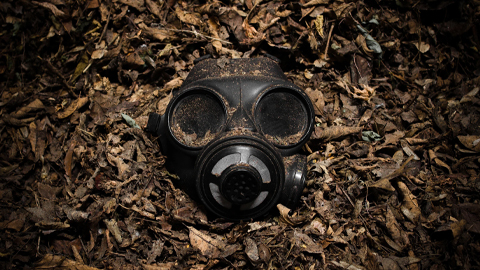