Here are the results

In the past week or two, you may have noticed a spate of whimsical images with scientific captions proliferating on social media like some kind of unannounced journal cover contest. Perhaps you’ve posted one yourself.

Researchers from many disciplines are putting the titles of their work –abstract phrases dense with academic jargon – into an AI art generator, and sharing the results. The trend is powered by an app called Dream from Canadian software developer Wombo, which also publishes a deepfake video app that makes photos appear to lip-synch.

Dream solicits text inputs, and using the free-associating power of artificial intelligence - plus the conventions of an art style the user chooses – custom-generates an image. Usually strange but appealing, the images tend to contain at least a few elements that you can trace back to the elements in the prompt. Wombo isn't saying much about what powers the software, but machine learning experts have speculated publicly that it may use a neural network technique called VQGAN + CLIP. The technique uses two neural networks, one to conjure images based on a text input, and the second to assess and tweak the outputs. (You can read an explanation of how it works here.)

Since it launched in late November, Dream has seen a wave of interest, partly on the strength of its sheer weirdness. ASBMB Today staff wondered how it would handle molecular biology and biochemistry. Here are AI-generated artworks based on four of JBC’s top papers of the year. 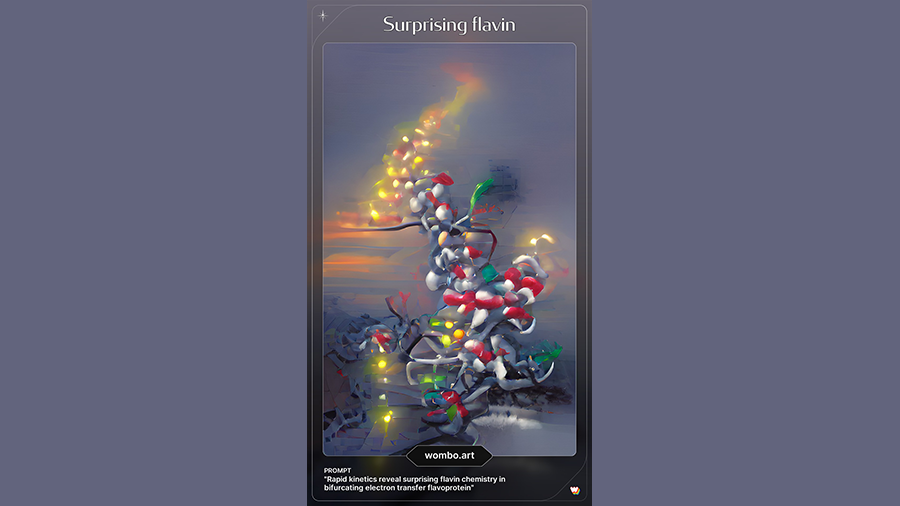 Dream by Wombo
This image was generated from the title of a paper by Sucharitakul et al.

We think: The festive style plays nicely with the weird blend of ball-and-stick and protein backbone model the algorithm cooked up. We think “chemistry,” “electron” and “flavoprotein” all helped set the tone. 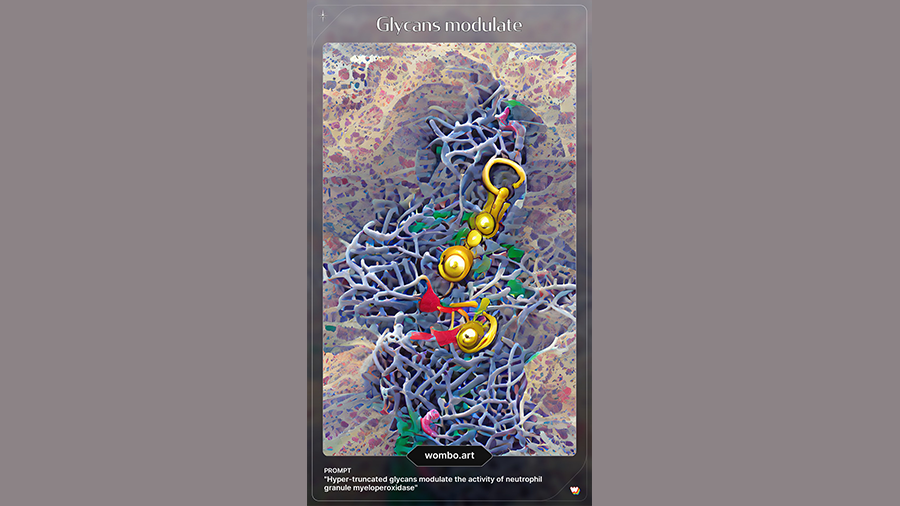 Dream by Wombo
This image was generated from the title of a paper by Tjondro et al.

We think: The branch-like structures and webbing evoke both glycan tree images, and neutrophil extracellular traps. We decided to spare the AI the difficulty of rendering “Asn-355.” 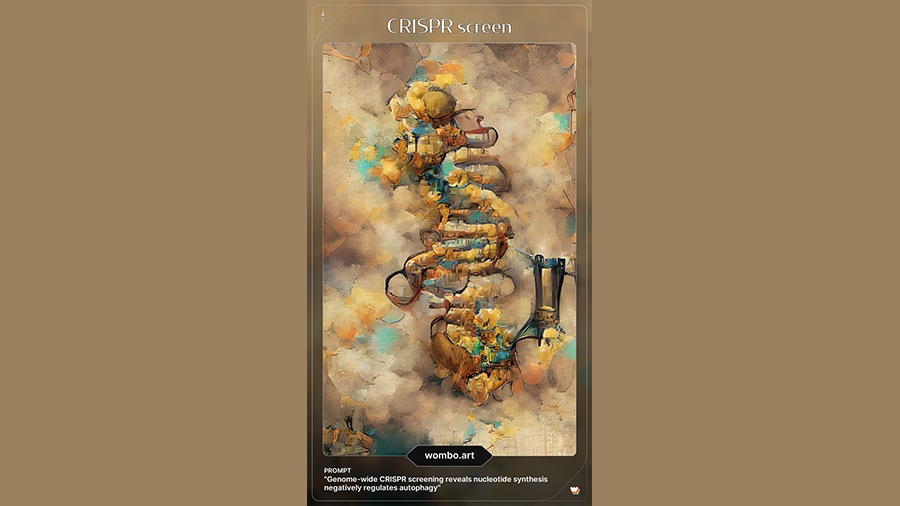 Dream by Wombo
This image was generated from the title of a paper by Mimura et al.

We think: Genomewide CRISPR screens. Artwork generated by computers. Is there any doubt we live in the future? This piece used a steampunk style, and we love the cloud-double helix hybrid the algorithm came up with. 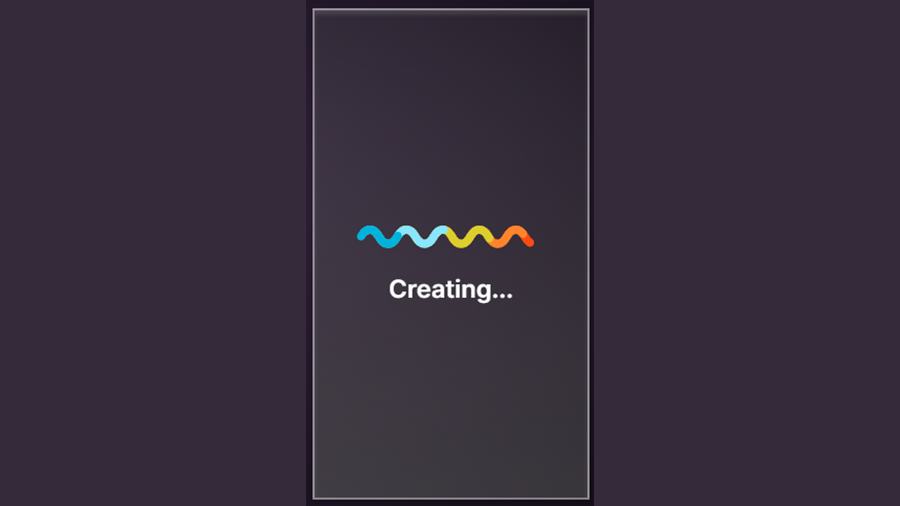 Dream by Wombo
This image was generated from the title of a paper by Niemi and Pagliarini.

We think: This was a tough one with a lot of abstract words! We suggested the mystical art style, thinking it would help with the numinous vocabulary. The AI thought about it for quite a while, but it never returned an image output. Eventually, we felt bad about our carbon emissions and stopped the app.