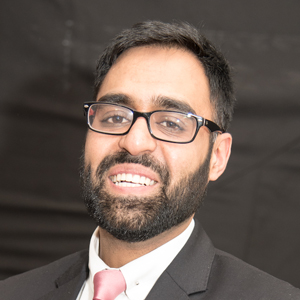 Fish odor syndrome, or trimethylaminuria, is a disease in which the liver cannot break down the smelly chemical trimethylamine, or TMA, that is produced by enzymes from bacteria residing in the gut. There is no cure for fish odor syndrome, which gives people an unpleasant fishy smell that can affect breath, sweat, urine and vaginal fluids.

University of Warwick
Top: protein crystals of CntA enzyme; middle: a cartoon depiction of CntA enzyme in its functional trimeric state; bottom: detailed view of carnitine bound in the active site of CntA prior to cleavage.

Our research team at the University of Warwick is working to prevent the syndrome through studying the enzyme in the gut that produces trimethylamine.

Fish odor syndrome starts when an enzyme pathway in the gut called CntA/B produces TMA. The enzyme breaks down a TMA precursor called L-carnitine, which is found in dairy, fish and meat. If an individual lacks a functional liver enzyme called FMO3, they cannot degrade TMA into a non-smelly chemical form, trimethylamine oxide, or TMAO. The TMA then builds up in the body and ends up in bodily fluids.

In a recent paper, published in the Journal of Biological Chemistry, our team in Yin Chen's lab at Warwick's School of Life Sciences focused on the CntA protein of the CntA/B enzyme, to stabilize and study it.

CntA/B is a notoriously hard enzyme to study, but once it was stabilized, we were able to gain insight into how CntA perceives its L-carnitine substrate with a 3D crystal structure model, and by studying the complete electron transfer pathway, we could see how the protein is able to turn over TMA.

Now that we understand how exactly TMA is produced in the gut and that the enzyme can be inhibited, there are grounds for further research into future discovery of drugs targeting the TMA-producing enzyme in the human gut.

We have identified novel, drug-like inhibitors that can inhibit CntA function and thus TMA formation with the potential to attenuate TMA formation in the gut microbiome. This is vital not only for people who have fish odor syndrome, but also because TMA can accelerate atherosclerosis and heart disease.

This article was adapted from a University of Warwick press release. Read the original here.

Mussa Quareshy grew up in Malawi, then moved to the U. K. where he earned a master’s degree in pharmaceutical sciences at the University of Leicester and a Ph.D. at Warwick University, studying the plant hormone Auxin and its receptor. He is a postdoc research fellow in Yin Chen’s lab in the School of Life Sciences at Warwick where his research interests are primarily studying protein ligand interactions with an interest in drug discovery projects.