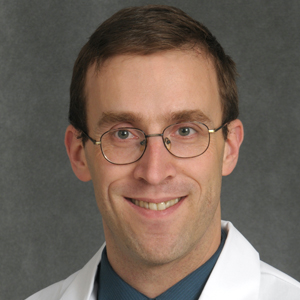 Bioactive sphingolipids, or SLs, such as ceramide and sphingosine-1-phosphate, long have been implicated in cell death, cell survival and cell growth. This took on greater significance when researchers discovered that SL metabolism is dysregulated in many cancers, leading to the hypothesis that an altered SL balance helps drive the uncontrolled growth and evasion of cell death that are hallmarks of cancer. It also suggested the tantalizing possibility that restoring the balance of SLs could be an effective therapeutic. However, despite considerable effort, the promise of targeting SL metabolism for cancer treatment has yet to be realized fully.

To date, development of SL-based therapeutics has been pursued in two main ways: using exogenous ceramide, or Cer — the archetypal anti-growth, pro-death SL — and targeting of SL enzymes with increased expression in cancer. While there is considerable evidence that exogenous Cer effectively kills cancer cells in the laboratory, it also affects noncancerous cells. This has been circumvented in part by incorporating Cer into coated nanoliposomes, which have shown promise in preclinical models and are in early clinical trials for safety. However, exogenous Cer also upregulates its own catabolic pathways that can promote a resistance phenotype. As these pathways also can be increased in aggressive cancers, the broader utility of Cer treatments across cancers is unclear.

The best example of the SL enzyme–targeting approach involves the sphingosine kinases 1 and 2, or SK 1 and 2, which are overexpressed in many cancers and whose product, sphingosine-1-phosphate, has been implicated in many pro-tumor biologies, prompting efforts to develop potent and isoform-specific SK inhibitors. However, treatment of many cancer cells with PF-543 — a nanomolar potency SK1 inhibitor — had no effect on cancer cell viability, and studies with other SK inhibitors suggested their anti-cancer efficacy could be due to off-target effects. Thus, researchers are reexamining efforts to develop SK as a general anticancer target.

Jynto/Wikimedia Commons
In this ball-and-stick model of the sphingosine-1-phosphate molecule showing the anionic (negatively charged) form, carbon is black, hydrogen is white, oxygen is red, nitrogen is blue and phosphorus is orange.

As our understanding of SL signaling increases, we need to use this knowledge to refine our approach to SL-based therapeutics. For example, there is growing evidence that the same lipid can have different functions depending on where it is generated in the cell — for example, in the endoplasmic reticulum versus the plasma membrane — or the particular species that is produced, such as C16-Cer versus C18-Cer. Thus, more targeted alterations in SL levels may be necessary to achieve the desired anti-cancer response.

Similarly, we need to look beyond a magic-bullet SL therapeutic and consider that different SL targets may be relevant for specific cancers and cancer subtypes — indeed, recent evidence suggests that this might be the case for SKs. Finally, the interconnected nature of the SL metabolism makes it difficult to separate primary driver events from bystander effects. Thus, we need to look beyond enzyme expression to define tumor-specific vulnerabilities in the SL network.

Overall, the potential for cancer therapeutics targeting SL metabolism remains high, particularly as most metabolic outputs are driven enzymatically and are thus highly druggable. We have made strides along the path to translation. We still have a long way to go, but as we gain greater appreciation of the biological roles and regulation of SL, I am confident that ultimately we will succeed.

Christopher Clarke is an assistant professor in the department of medicine and cancer center at Stony Brook University. His research focuses on how deregulation of sphingolipids promotes tumorigenesis.