How safe is the DNA in your poop from unwanted snooping?

Sewer systems can signal outbreaks before they start. If you’re worried, poop is safe as long as it’s in the right hands 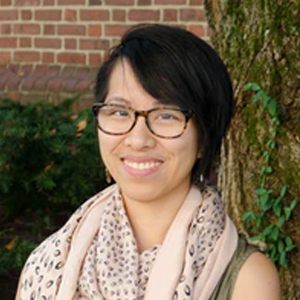 Five years ago, scientists from the University of Wisconsin-Milwaukee and the Marine Biological Laboratory reported that they could predict obesity levels of a city from the sewage microbiome with 81 to 89 percent accuracy. They also found that the microbiomes of the humans living in a city are represented in that city’s sewers.

The microbiome, the collection of microbes that live in the human gut, is thought to be linked to health. But the connections between gut microbiome and health are often made using individual samples. In the sewers, it’s a different story and whats found there can tell the lives of an entire population from just one sample. These scientists found that on average, 15 percent of the DNA from sewage samples came from human microbiomes. From the 200 samples originating from 71 U.S. cities, they noticed that there are about 60 types of bacteria common between the cities. Their abundance, and the abundance of less common microbes varied from city to city, giving each place a unique signature.

Studies like this are simple in principle. Everyone pees and poops. We excrete metabolites, vitamins, microbes, and even our own cells. This information makes its way into a wastewater treatment plant, creating a community-wide stool or urine sample. Wastewater epidemiologists can leverage our waste to detect disease outbreaks, drug use, and more. So what exactly can we detect and how is this information protected? 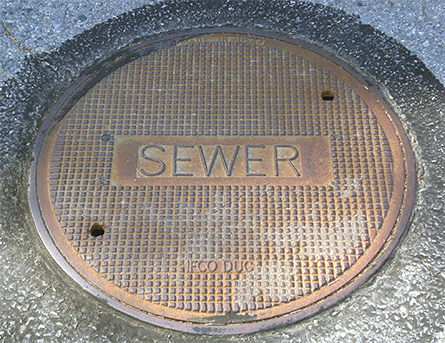 Wikimedia CC 2.0
One study predicted obesity levels from sewers  with 81 to 89 percent accuracy.

Sewers can offer almost real-time outbreak data, or in some cases, they report an outbreak even before we know it’s here.

The latest example of this is COVID-19, where scientists all over the world have found genetic material from SARS-CoV-2, the virus behind the disease, in sewage. In Italy, traces of the virus were found in two cities in December. The first reported case there didn’t come until around the beginning of February. In Paris, researchers could track the rise and fall of SARS-CoV-2 infections using sewage. And in Australia, researchers used the number of viral RNA copies they found in sewage to estimate the number of infected individuals in the population.

Universities and colleges have begun to monitor SARS-CoV-2 RNA in their pipes. Kendra Maas, a facility scientist at the University of Connecticut Microbial Analysis, Resources, and Services core facility, spent the last several months preparing her university for SARS-CoV-2 sewage monitoring. “I know of about 15 universities that are currently sampling. Probably 30-50 are talking about it,” she said in early August. The University of Arizona possibly prevented an outbreak on campus when they found a positive wastewater sample from a dorm. Upon further examination, they found two students who tested positive despite showing no symptoms.

But, long before COVID-19, scientists have monitored wastewater for diseases. Poliovirus can be shed in fecal matter and cell-culture based methods of disease tracking were used to track it as far back as the 1940s. In 2013, routine wastewater surveillance detected poliovirus in Israel when no cases of the acute flaccid paralysis associated with polio have been reported. That same year, sewage monitoring also gave early signs of hepatitis A and norovirus outbreaks in Sweden.

However, using sewage to monitor a community’s lifestyle and general health may seem, to many, more intrusive than monitoring disease outbreaks. At the University of Queensland, scientists were able to predict socioeconomic information using wastewater. This group of researchers used biomarkers from wastewater to predict 37 characteristics from the Australian Census including median age, education, and employment. And remember the example linking sewer microbiomes to obesity? Wastewater samples are not as difficult to work with as some other environmental samples, Maas says. Presumably, you could detect any microbial DNA or RNA sequences as long as the samples are prepared properly.

In the case of drug use, some see it as a community-wide drug test. Surveilling illegal drug use through the sewers is already in practice in several cities in China which has led to the arrest of a drug manufacturer, with plans to expand to police arrest of drug users. China is not the only country to monitor drug use in wastewater. Belgium, Spain, the Netherlands, and Germany are among the countries that have been using water-based drug monitoring. In 2018, a collaboration between BioBot Analytics, a Cambridge-based start-up, and the city of Cary, North Carolina began monitoring wastewater for opioid use, the first real-time drug surveillance in the US. But unlike China, these countries are using it for epidemiological research, rather than for setting policies or policing. Daniel Burgard, a chemistry professor at the University of Puget Sound, told Business Insider, “It does bring up an interesting question of when a person’s waste is no longer their property.”

Whether the data points are DNA or metabolites, it’s not surprising that there are concerns about this data getting into the “wrong hands” (government, employers, insurance companies, etc.).

With on-campus sampling for COVID-19 at universities, “there isn’t a privacy concern because there is zero chance of linking it back to a particular person just through wastewater,” Maas says. There, the data is aggregated from thousands of people. 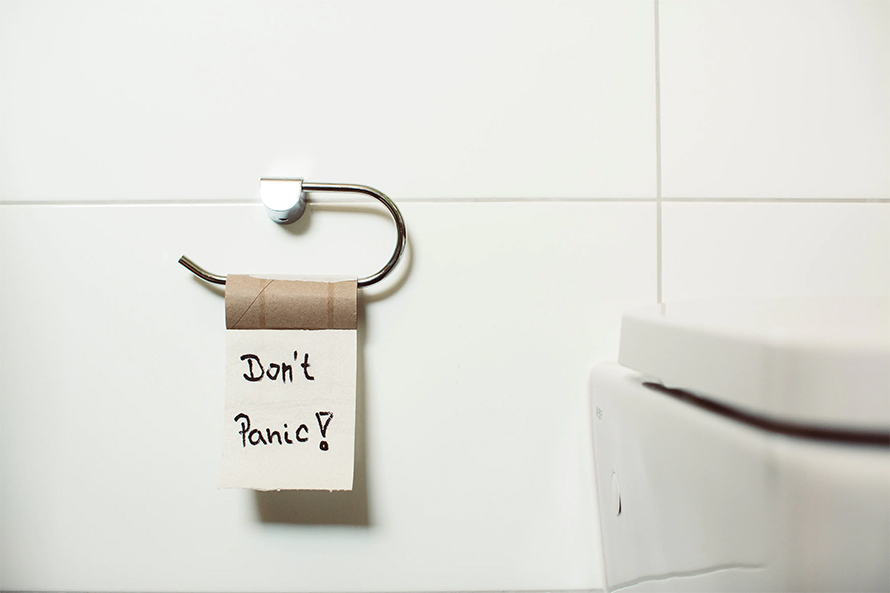 Markus Spiske/Pexels
“There isn’t a privacy concern because there is zero chance of linking it back to a particular person just through wastewater,” Maas says.

But things can be different for other studies. Even if it does not trace back to a single individual, wastewater data can trace to specific populations. For example, if sampling occurs further upstream in the pipes, then the samples can begin to identify specific neighborhoods or racial groups and lead to stigmas and stereotypes in areas with higher drug use or health issues.

The Sewage Analysis CORe group Europe put together a set of guidelines addressing ethical research practices for sewage epidemiology noting that there’s historically been little oversight by research ethics committees as wastewater data is not collected on individuals. Some of their mitigation strategies include aggregating samples from multiple sites, and removing names and locations of sampling sites.

But there are other steps towards ethical and anonymous wastewater-based epidemiology data collection – many that hinge on the researchers and the peer review process. Before researchers conduct a site-specific study, they should evaluate the site’s history in ethical practices. And, during the publication and peer review process, researchers can limit the possibility of identifying vulnerable groups by thinking about what can be extrapolated from published papers. Instead of reporting population size, the researcher should instead report population rates (ex: x per 100,000 people), for example.

Wastewater based epidemiology has the potential to gauge the health of our cities, but before reaping the benefits, scientists should also weigh and address the concerns. Sewer data used for research to understand population trends is much different from using the data for policy or punishment. In the era where data is everything, we can amass a large and diverse amount of information and it’s possible to come into a future where wastewater-based data becomes more mainstream.

This article was originally published on the Massive Science website.

Jennifer Tsang is a science editor and freelance science writer. She completed a PhD in microbiology and studied antimicrobial resistance as a postdoctoral fellow. In her free time, she writes for her own microbiology blog called The Microbial Menagerie and for the American Society for Microbiology.