Reaction diffusion waves of phosphoinositides in the membrane 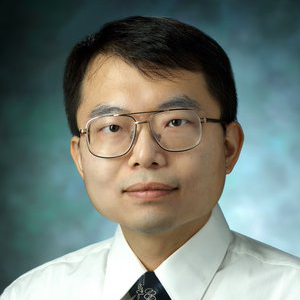 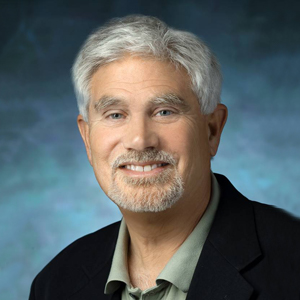 Phosphoinositides, phosphorylated forms of phosphatidylinositol, or PI, are minor components of the membrane lipids yet play important roles in the signaling of a broad range of cellular processes including cell migration, phagocytosis, cell-cycle regulation and membrane trafficking. Derangements in phosphoinositide signaling are implicated in diseases ranging from congenital malformations and metabolic syndromes to cancers. The various forms of phosphoinositides differ in the number and position of phosphate groups on the inositol ring of PI and can be interconverted by lipid kinases and phosphatases. For example, PI-4 kinases add a phosphate on the 4-position of the inositol ring to generate PI(4)P, which can be phosphorylated further at the 5-position by PIP5Ks to generate PIP(4,5)P2, often referred to as PIP2. Phosphorylation of PIP2 on the 3-position by PI3Ks generates PI(3,4,5)P3 or PIP3, whereas the lipid phosphatase PTEN catalyzes the reverse reaction to convert PIP3 back to PIP2. Tamas Balla has provided a comprehensive review on phosphoinositide chemistry and biology.

An extraordinary new view of the dynamic spatiotemporal regulation of phosphoinositides is emerging from advances in fluorescent biosensors and imaging. For example, propagating waves of a PH-domain that binds to PIP3 were found at phagocytic cups and the basal surface of migrating cells including Dictyostelium and human neutrophils. These activities are closely aligned with reports of the activities of other signaling proteins, such as Ras and Rac, and with waves of markers for the actin-based cytoskeleton described earlier (See M. G. Vicker, O. D. Weiner et al, G. Gerisch et al and C. H. Huang et al). PTEN dissociates from the active zone of the wave, contributing to the local increase in PIP3. Importantly, cells devoid of cytoskeletal turnover still display these spontaneous signaling events, indicating that they drive the cytoskeletal network to generate protrusions (See M. Tang et al, C. H. Huang et al, D. Taniguchi et al and Y. Arai et al). Guidance cues, such as chemoattractants that bias the signaling activities, direct cell migration.

In migrating cells, propagation of PIP3 and signaling proteins across the membrane has features of reaction-diffusion waves in an excitable medium including all-or-none activation followed by a refractory period. The phenomenon can be modeled by the coupling between an autocatalytic activator (X) and a delayed inhibitor (Y).

A prominent feature of these signaling waves is their annihilation upon collision, suggesting that they are reaction-diffusion waves in an excitable medium. The term “excitability” often is associated with the action potential of neurons, which is characterized by large responses to suprathreshold stimuli, followed by a refractory period of unresponsiveness to further stimuli. When the reactants diffuse in the medium, activated species trigger neighboring elements in succession, leading to wavelike propagation of responses. These waves leave behind a zone of refractoriness such that the medium becomes unresponsive in both directions when two waves collide, leading to the annihilation. In support of their excitable nature, the signaling activities of Dictyostelium and neutrophils also display all-or-none and refractory characters (See M. Tang et al and C. H. Huang et al).

The molecular basis of this excitability is not known. In general, excitable systems are thought to contain an autocatalytic process that becomes activated fully when a threshold is crossed as well as a delayed inhibitor that not only turns off the response but also makes the system transiently refractory. Based on this scheme, several mathematical models have been proposed (See O. D. Weiner et al, D. Taniguci et al, Y. Arai et al and Y. Xiong et al). Molecularly, Ras and PIP3 form a positive feedback, and a Ras-TorC2-PKB negative feedback loop has been described. However, cells without PIP3 can still migrate, albeit less efficiently, suggesting redundancy in the signaling network. Further studies also are required to understand how the signaling network couples to the cytoskeletal machinery. Answers to these questions not only will reveal fundamental insights into cell migration but also will open up new opportunities for the treatment of human diseases, such as metastatic cancers.

Chuan-Hsiang Huang is a researcher in the cell biology department at the Johns Hopkins University School of Medicine.

Peter N. Devreotes is director of the cell biology department at the Johns Hopkins University School of Medicine.