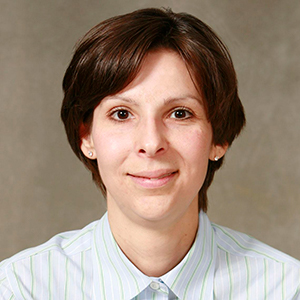 We recently used a new chemical imaging technique to visualize the distributions of sphingolipids and cholesterol in the plasma membranes of fibroblasts. Our unexpected finding of cytoskeleton-dependent sphingolipid domains that are not enriched with cholesterol has led us to revise our views on plasma membrane domains.

Though the plasma membrane may contain microdomains with a variety of different lipid compositions, cholesterol- and sphingolipid-enriched microdomains, called lipid rafts, have been the most intensely scrutinized. Lipid rafts are defined as small, dynamic and ordered assemblies of cholesterol, sphingolipids and proteins that may combine to form larger structures. Rafts are postulated to regulate protein–protein interactions by laterally segregating proteins according to their affinity for ordered membrane domains. Cell signaling and virus budding are among the processes that lipid rafts hypothetically mediate. This potential importance and the simplicity of the raft hypothesis attracted us to the field.

Though membrane organization and function is now our focus, we entered this field as a bioanalytical laboratory that was developing new methods to obtain chemical information from biointerfaces with submicron lateral resolution. At the time, the raft hypothesis was supported strongly by indirect data, including the spontaneous formation of ordered cholesterol- and sphingolipid-enriched domains in model membranes and the cholesterol-sensitive clustering of membrane proteins thought to reside in rafts. Yet domains enriched with cholesterol and sphingolipids had not been imaged directly in actual cell membranes, likely due to a “technical impasse.” Techniques for imaging dynamic lipid domains that were smaller than the diffraction limit of light were not yet widespread. Furthermore, cooperative interactions between cholesterol and sphingolipids might be perturbed by labeling them with fluorophores.

To address this challenge, we were developing an approach that used a new surface-sensitive imaging mass-spectrometry technique, high-resolution secondary ion mass spectrometry, or SIMS, to visualize metabolically incorporated, stable isotope-labeled sphingolipids and cholesterol in the plasma membrane with ~100-nm lateral resolution. High-resolution SIMS is complementary to fluorescence microscopy, because stable isotopes do not alter the chemical structure and thus the interactions or trafficking of the lipids they label, but it cannot be performed on living cells.

We obtained our first images of the sphingolipid and cholesterol distribution in the plasma membranes of fibroblast cells in 2009. To our surprise, we saw sphingolipid domains that were too large to be lipid rafts and a relatively uniform cholesterol distribution within the plasma membranes of mouse fibroblast cells. Baffled by these results, we spent the next few years optimizing our approach for imaging sphingolipid distribution. After confirming reproducibility, we performed numerous control experiments that tested for a multitude of potential artifacts.

We ruled out the possibilities that the micrometer-scale sphingolipid domains we observed were induced by cell fixation, the detection of excess lipid material due to vesicles or intracellular membranes adjacent to the plasma membrane, cell topography, nonspecifically adsorbed labels and many other artifacts. We also confirmed the existence of micron-scale sphingolipid domains in the plasma membrane by fluorescence microscopy imaging of metabolically generated fluorescent sphingolipids in the membranes of living fibroblast cells.

How could our finding of micron-scale sphingolipid domains be correct when it seemed to contradict so much previously reported data? Upon reevaluating the literature, we found that the contradiction was not with previously reported data but instead with the conclusions that had been inferred from the biophysical properties of putative raft components. The few reports in which sphingolipids were imaged directly showed that gangliosides form nanoscale domains but that sphingomyelin forms membrane domains with dimensions similar to those we observed.

Our data argue against the existence of lipid rafts within the plasma membrane. Instead, our results support the model of plasma membrane organization in which cortical actin and its associated proteins divide the plasma membrane into distinct domains by establishing diffusion barriers that sustain concentration gradients produced by vesicle transport or lipid-modifying enzymes.

Furthermore, the direct imaging of GM1 and GM3 by others has shown that these gangliosides form separate microdomains that are dependent on the actin cytoskeleton. Thus, microdomains consisting of different sphingolipid species are present in the plasma membrane, which suggests an active, energy-dependent mechanism of membrane organization.

Given that many lipids are signaling molecules or their precursors (i.e., ceramide, diacylglycerol, lysophosphatidic acid), cells likely use active mechanisms to segregate each bioactive lipid class within the plasma membrane so that signaling molecules are available when needed. Of course, further studies are required to assess the hypothetical existence of domains of different bioactive lipids and to identify the mechanisms for their formation.

The cholesterol-sensitive assembly of these signaling complexes could be modulated by the difference in the cholesterol concentrations in the plasma membrane and the intracellular locations where the scaffold protein resides. For instance, cholesterol binding to the NHERF1 scaffold protein regulates its co-localization with the cystic fibrosis transmembrane conductance regulator, known as CFTR, at the plasma membrane and NHERF1-mediated CFTR activation.

Likewise, oxysterol-binding protein functions as a scaffold protein that requires cholesterol binding in order to complex with two phosphatases, PP2A and HePTP, forming an assembly involved in ERK signaling. Cleary, much research is required to assess the roles of specific cholesterol–protein interactions in cholesterol-sensitive cell function.

Identifying the mechanisms that control lipid organization within the plasma membrane and the sources of cholesterol-sensitive cellular processes will require a significant number of new studies. We expect that new efforts to develop and test alternative hypotheses for lipid-mediated biological function are critical to advancing our understanding of plasma membrane domains and their roles in cellular function.

Mary L. Kraft is an associate professor in the chemical and biomolecular engineering department at the University of Illinois, Urbana-Champaign.