What’s in your dimer? 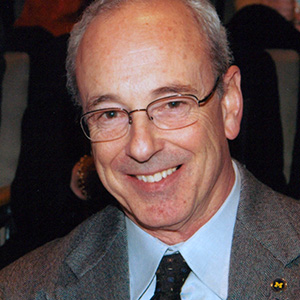 The term “homodimer” — shorthand for “sequence homodimer” — connotes a protein molecule composed of two monomers with identical primary structures. It often is assumed these proteins function as pairs of independently operating monomers, but there are other scenarios. Many homodimers show a substrate or cofactor binding with high affinity to only half of the seemingly available sites and behave as conformational heterodimers. This permits allosteric regulation that is not possible with true conformational homodimers. Fig. 1. The cyclooxygenase (COX) and peroxidase (POX) reactions catalyzed by prostaglandin endoperoxide H synthases (PGHSs). There are two isoforms that are commonly known as cyclooxygenases-1 and -2 (COX-1 and COX-2).

Prostaglandin endoperoxide H synthases are homodimers that function as conformational heterodimers. These enzymes, commonly known as cyclooxygenases, or COXs for short, catalyze the committed step in prostaglandin synthesis — the conversion of arachidonic acid to prostoglandin H2 (Fig. 1). There is a constitutive COX-1 and an inducible COX-2. These enzymes are composed of catalytic (Ecat) and allosteric (Eallo) monomers (Fig. 2). With COX-2 at least, Ecat and Eallo each remain fixed in the same form during the biologic lifetime of the dimer. Ecat binds heme more avidly than Eallo, and as originally observed by Richard J. Kulmacz and coworkers, maximal COX activity requires only one heme per dimer (See Kulmacz, R.J. & Lands, W. E. and Dong, L., et al). The two COX isoforms are sequence homodimers that function as conformational heterodimers. Both enzymes appear as structurally symmetric homodimers in crystal structures but function in solution as conformational heterodimers composed of an allosteric (Eallo) and a catalytic (Ecat) subunit. The subunits of COX-1 and COX-2 differ in their affinities for ligands and in their responses to ligands. Substrates are in blue. Ligands shown in green stimulate COX activity, and those shown in red inhibit activity

Interest in COXs as drug targets highlights their importance. For example, low-dose aspirin targets platelet COX-1 (See Patrono, C., et al and Grosser, T., et al). Aspirin, naproxen (ALEVE®), and ibuprofen (Motrin®) are mixed COX-1 and COX-2 inhibitors called nonsteroidal anti-inflammatory drugs, which relieve pain by targeting COX-2. Celecoxib (Celebrex®) is a coxib – an NSAID more specific for COX-2. Mechanistically, most NSAIDs and coxibs bind more tightly to Ecat than Eallo. Naproxen is unusual in being a direct competitive inhibitor of COX-1, but an allosteric inhibitor of COX-2 (See Dong, L., et al and Duggan, K. C., et al). As a consequence, naproxen can inhibit 100 percent of COX-1 activity but only 70 percent of COX-2 activity. This may explain why naproxen has limited adverse cardiovascular side effects compared with other COX inhibitors.

There is much more to be learned about these COXs including identification of likely dietary influences on these enzymes. Additionally, differences in cellular fatty acid tone may well contribute to adverse effects of COX inhibitors, thereby impacting therapies. Understanding the structure, chemistry and regulation of these enzymes remains an exciting area of investigation.

William Smith is a professor emeritus at the University of Michigan Medical School and a former associate editor of the ASBMB's Journal of Biological Chemistry. In 2006, he won the society's William C. Rose Award.