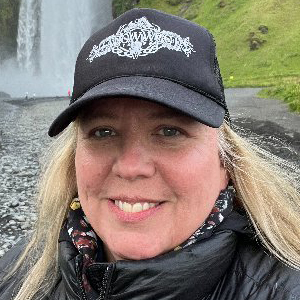 If you’ve ever bought one of those grow-in-water dinosaur toys from a gumball machine, you understand a little about the process of expansion microscopy. This sample-preparation technique, developed at the Massachusetts Institute of Technology, allows researchers to achieve super-resolution microscopy using just a regular light microscope.

While he was a graduate student at the Massachusetts Institute of Technology, Paul Tillberg, now a Janelia fellow at the Howard Hughes Medical Institute Janelia Research Campus, developed the protocol for expansion microscopy with colleagues Ed Boyden, currently a professor at MIT, and Fei Chen, currently at the Broad Institute. The method exploits the fact that biological tissue is mostly water, and it is this watery fraction, Tillberg explains, that is replaced by a “swellable hydrogel” that expands the sample to sizes that make it much easier to image with familiar fluorescent tags and standard light microscopy equipment.

There are several variations on the basic protocol but, in short, Tillberg explained that samples are chemically fixed to retain their structure. Proteins of interest are then stained with fluorescent antibodies, using standard existing methods.

Next, a compound called Acryloyl-X is introduced, which binds to the lysines found on proteins. On the opposite end of Acryloyl-X is a monomer that reacts with a monomer precursor solution of acrylamide (used in electrophoresis gels) and sodium acrylate (the material found in diapers). These monomers and a chemical cross-linker bind together in cross-linked polymer chains creating the matrix of the hydrogel. This process is kick-started by a polymerization initiator and an inhibitor that introduces a controllable delay.

When the inhibitor is depleted, polymerization/gelation takes place and the sample is now embedded in a 3D hydrogel, but not expanded.

The next step is extremely important, Tillberg remarked.

“If you were to just take the tissue that has been embedded in the gel and wash it with water, wash out the salt, the tissue itself is not going to expand uniformly, it is going to get ripped apart,” Tillberg said, “so you have to dissolve the tissue with an enzyme or detergent. Lastly, water is added to the hydrogel, and it expands. The sample can expand four-fold, almost like the grow-in-water toy. Variations on this protocol have resulted in samples being expanded as much as 10 times.” He encouraged researchers to tweak the recipe and ingredients to achieve their own desired outcomes. 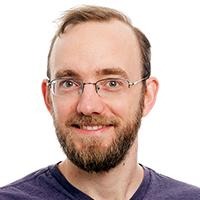 To check the uniformity of the expanded sample, researchers look to the very predictable structure of nuclear pore complexes as a type of landmark. “There can definitely be nonuniformities,” Tillberg said, “but even if you have a different stretch factor for different components in the cell, you don’t get things just wholesale rearranging. The topology is preserved even if something is a little less expanded than you would like it to be.”

One of the pros of working in ExM is that samples can be preserved and used again and again as long as the specimen doesn’t dry out. The technique can be used to prepare many types of tissues or cultured cells. Thicker and softer tissues, such as from the brain, work best. Tissues that contain more tough material such as collagen or chitin will be harder to work with, he said but can be accommodated by modifying the digestion step.

Since the methods and materials needed for expansion microscopy are fairly easy and inexpensive, Tillberg said he sees this as part of the effort toward democratizing imaging science. However, one con to the method is the signal loss with each round of expansion.

“The main thing that we need for the democratization to reach its full potential is to figure out how to get good staining with very high signal so that you are still going to find your protein of interest after a 100-fold signal loss,” he said, “without making the process too expensive or complex.”

The protocol is described in full detail in The Annual Review of Cell and Developmental Biology.

This article originally appeared on the blog of the American Society for Cell Biology. It was republished with permission.

Mary Spiro is the science writer and social media manager at the American Society for Cell Biology.