The fate of genes during differentiation

Sperm production through spermatogenesis originates from spermatogonial stem cells, or SSCs, which undergo several morphological and functional transformations in their differentiation. But what is the fate of cells selected for differentiation (producing sperm cells) compared to those chosen for self-renewal (producing more SSCs)? How do these processes affect the structure of their prized genetic cargo? Error in this process can lead to male infertility, so precision is key. 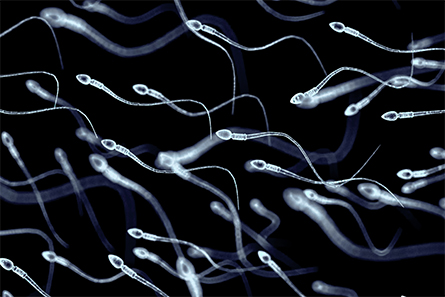 Scientists believe dramatic alterations in 3D chromatin structure occur throughout these processes, but this has never really been pinned down. Yi Zheng, Lingkai Zhang, Long Jin, Pengfei Zhang and colleagues from Northwest A&F University in Shaanxi, China, and Sichuan Agricultural University in Sichuan, China, probe this phenomenon in a recent paper in the Journal of Biological Chemistry to uncover exactly how chromatin structure changes.

Exploring chromatin dynamics requires extremely high-resolution data. However, as Zheng said, “With the rapid development of omics techniques, it is now possible to study this topic in much more detail.”

This did not mean things were easy, however.

“We found that this resolution required an input of about 20 million cells,” Zheng said. “This means that hundreds of mice would need to be sacrificed.”

To avoid this, they switched to a larger model organism — the pig. Even still, sample collection required an abundance of patience — 14 months’ worth. “This took almost a year longer than expected,” Zheng said. “The two rare cell populations (undifferentiating and differentiating spermatogonia) have to be from different ages of pigs (90 days and 150 days, respectively) and be enriched by different, laborious methods.”

Once these samples had been collected, the researchers assembled an advanced bioinformatics pipeline for data analysis, incorporating a new technique, high-throughput chromosome conformation capture, as well as RNA sequencing and chromatin immunoprecipitation sequencing. “As we used a novel bioinformatic technique, learning and building up the pipeline was quite tricky and time-consuming,” Zheng said.

Their patience was rewarded. The data indicated that chromatin architecture was weakened when an SSC was chosen for differentiation. “Spermatogonial differentiation is, in essence, a transitional process that gradually prepares the genome for the subsequent meiotic events,” Zheng said.

Their pursuit of high-resolution data also had the benefit of visualizing how transcriptional regulation functioned during this process. Each scale of chromatin structural variation during differentiation appears to play a discrete role in dynamic gene expression. All this combines to give vital insight into the mechanisms for SSC development.

After all this, it seems everyone was won over by the humble pig. “I would like to stress that the value of pigs as a model species is evidently underestimated,” Zheng said. “Pigs share more similarity with humans in terms of anatomy, physiology and genetics than mice, and pigs are increasingly used in translational studies in the hope of moving xenotransplantation to the clinic, as organ sources. I’m committed to establishing a stable, long-term culture system for porcine spermatogonial stem cells.” 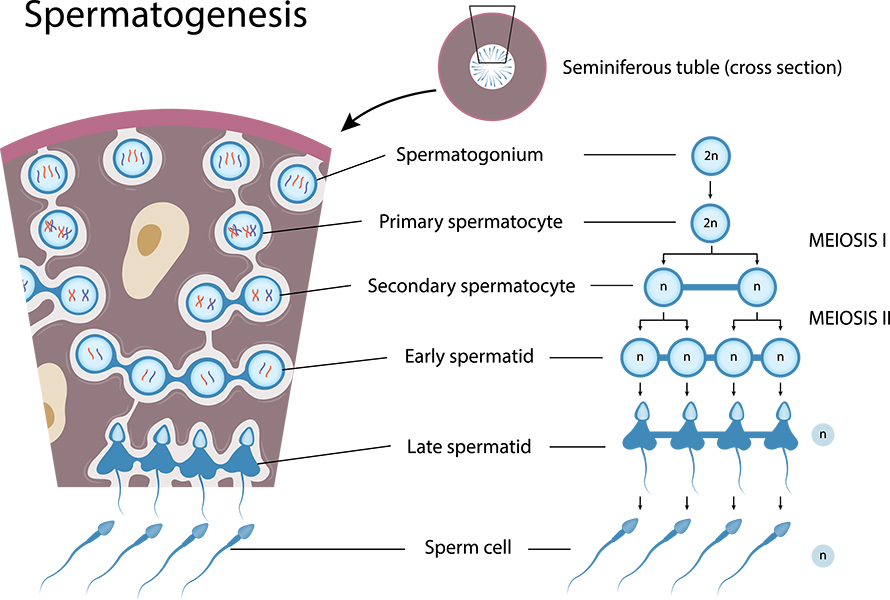 Spermatogonial stem cells undergo several structural changes to begin the process of spermatogenesis. These changes are tied to significant alterations in chromatin structure to prepare it for subsequent steps toward sperm cell production.