Roughly 50 million people worldwide currently suffer from dementia — more than 9 million in America alone. Dementia is often mistaken for a disease, yet the term actually refers to a several disorders involving cognitive impairment outside the scope of normal aging. Memory loss, behavioral changes and slowed thinking are among the many symptoms associated with different types of dementia.

The World Health Organization denotes three stages of symptoms for progressive dementias. Early signs include forgetfulness, losing track of time and becoming lost in familiar places. With time, sufferers may experience worsening of previous symptoms, along with difficulty communicating and behavioral changes, such as wandering or repeated questioning. Later stages include severe symptoms, including difficulty recognizing close friends and family and becoming unaware of time and place. 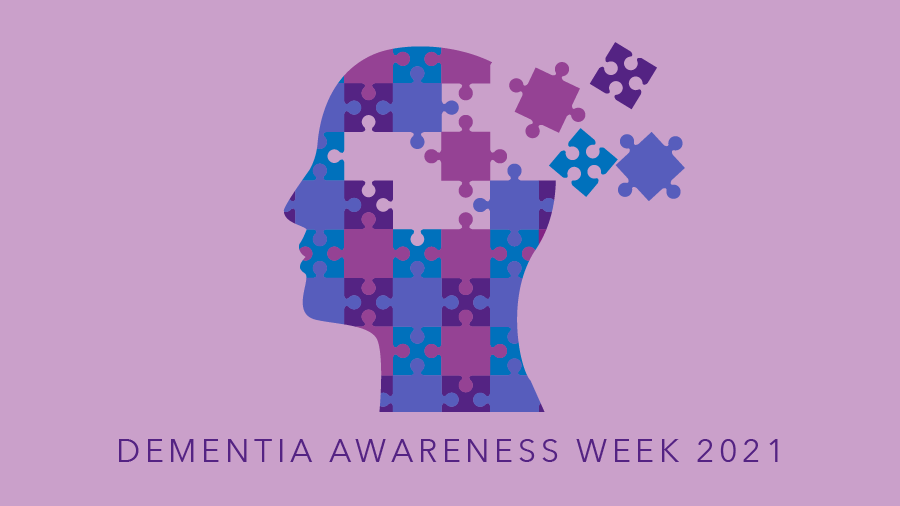 Dementia-related symptoms arise because of damage to brain cells that impairs their ability to communicate. Large information networks in the brain rely on this communication to perform various functions, such as learning and thinking skills. Progressive dementias are separated by their unique pathologies, what brain areas and networks are impaired and how this occurs. Dementia types are often hallmarked by particular symptoms that reflect the damages sustained to the brain.

The most common form of dementia, Alzheimer’s disease, contributes to 60% to 70% of all cases. Abnormally high levels of particular proteins, tau and amyloid-beta, impair communication in an important brain region for learning and memory. Damage to this region starts before any signs of memory loss and worsens with disease progression. The accumulation of tau and amyloid-beta eventually leads to the formation of protein clumps called neurofibrillary tangles and senile plaques that kill the brain cells.

The second most common type of dementia is vascular, referring to vessels that supply blood to the brain. Damaged blood vessels can lead to insufficient blood supply, possibly leading to a stroke and brain cell loss. According to the Mayo Clinic, these patients typically show signs of impaired thinking and problem solving, attention and organization. Symptoms commonly arise following a series of strokes, but they can also develop gradually and without a stroke incident.

Lewy bodies are another kind of protein clump that accumulates in the brain. They're made up of a protein called alpha-synuclein. The accumulation of Lewy bodies leads to symptoms such as visual hallucinations, active dreaming and Parkinson-like motor impairments. In fact, Lewy bodies are found in Alzheimer’s and Parkinson’s disease patients, just as the previously mentioned plaques and tangles are also found in all three diseases. The Alzheimer’s Association believes the similarity in symptoms and pathology between these diseases suggests a comparable underlying issue in protein processing.

This type of dementia refers to several conditions in which the frontal and temporal lobes of the brain begin to shrink from cell loss. These lobes are commonly associated with behavior, personality, language, movement and other functions.  There are three types of frontotemporal dementia, including:

Risk factors for dementia range from nonmodifiable, such as genetics and age, to major prevention opportunities. Exercising regularly, eating balanced and nutritious foods, avoiding smoking, not consuming alcohol to excess, and engaging in other healthful behaviors can help reduce the risk of dementia.

Much remains unknown about the cause of progressive dementias and biological linking factors that could shed light on disease prevention and treatment. Here are current research highlights from American Society for Biochemistry and Molecular Biology journals:

It is well known that apolipoproteins are among the genetic metabolic risk factors for progressive dementias. However, the relationship between high-density lipoprotein and dementia remains uncertain. This study published in the Journal of Lipid Research sought to understand whether or not HDL and its apolipoprotein subspecies are associated with dementia risk. Results showed a positive relationship between higher plasma levels of apoC3 at baseline and cognitive function, alongside lower dementia risk.

Familial British and Danish dementia, known as FBD or FDD respectively, are caused by a membrane protein mutation (ITM2b/BRI2), but the exact mechanism remains unclear. Previous studies have implicated BRI2 in excitatory brain communication, mediated by a neurochemical called glutamate. Glutamate turns neighboring brain cells on as part of an important signaling process for learning and memory. In this study in the Journal of Biological Chemistry, researchers used genetic mouse models of FBD and FDD to better understand disease pathology. Their data support the notion that FBD and FDD mutations result in decreased BRI2 expression and function. Loss of BRI2 impairs excitatory communication between brain cells, possibly contributing to dementia symptomology.

Loss of brain-cell connection points, called synapses, are a major biological consequence of progressive dementias and motor dysfunction. Previous studies have demonstrated that improper cellular distribution of tau leads to synaptic impairment in frontotemporal and other forms of dementia. Understanding tau organization within cellular compartments would enable researchers to identify potential disease mechanisms leading to tau redistribution. To investigate this, researchers, who published their study in JBC, used a genetic mouse model with human tau mutations that imitates frontotemporal dementia with parkinsonism. Their study showed enriched expression of soluble human tau in the synapse. These findings indicate that the soluble form of tau exists in the synapse, where it can hinder cell-to-cell communication and possibly promote disease symptomology.

Protein abnormalities, including alpha-synuclein, tau and amyloid-beta, occur in several forms of dementia and neurodegenerative disorders. This phenomenon prompted researchers to investigate a possible biological connection between the proteins to promote disease pathology. They discovered that mutations to tau and alpha-synuclein work together to instigate amyloid accumulation. Closer analysis demonstrated a direct interaction between alpha-synuclein and tau that promoted aggregation of both proteins. Their work was published in JBC.