For National Lipid Day, a glance at what yeast might yield

So what makes a good model? The answer for Joanna Kwiatek is baker’s yeast.

I interviewed Kwiatek, a postdoctoral researcher at Rutgers University, about her studies using Saccharomyces cerevisiae to mark National Lipid Day, an observance that shines a light on dyslipidemia, a condition characterized by an abnormal amount of lipids in the blood.

Kwiatek works in George Carman’s lab at the Rutgers Center for Lipid Research. She employs molecular genetics and biochemical approaches to study phospholipid metabolism in yeast. 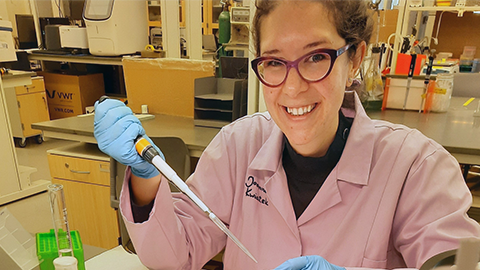 Courtesy of Joanna Kwiatek
Joanna Kwiatek is a postdoctoral scientist studying lipids in yeast at Rutgers University. Follow her on Twitter.

Kwiatek earned her master’s at Jagiellonian University in Poland. She then earned a doctoral degree in biophysics from the University of New South Wales in Australia.

“My story with lipid research started during my Ph.D.,” she said. “I was using a mammalian system of eukaryotic cells to determine how the organization of the plasma membrane stimulates protein interactions and lipid–lipid interactions.”

Her biophysical approaches, mainly fluorescence microscopy, were at the time focused on lipid rafts on the membrane. “The research was not metabolic at this point,” she said, and was instead “very oriented to understand the molecular roles of certain lipid varieties.”

Kwiatek recalled some challenges of working with cultured human cell lines back then: “Every time I had to maintain the cell lines, everything had to be in very sterile conditions. It was very easy to contaminate the culture, and then you had to repeat the experiments. The reagents were quite expensive, because we were buying premade sterile media in a precise composition applicable for fluorescent microscopy.”

Adding yeast to the mix

Yeast is used in lipid metabolism experiments specifically because it is a small, fast-growing eukaryotic organism that shares many cell processes with humans.

“All of us remember when the human genome was fully encoded,” Kwiatek said. “Everyone was super excited. It was a huge step into understanding the human genome and where we can do manipulations. But the completion of the entire genome of yeast cells happened in 1996, the first available eukaryotic genome encoded!”

In the Carman lab, Kwiatek uses S. cerevisiae, the species of yeast commonly used in baking and brewing.

“I was shocked at the quantities of yeast cells we grow for protein expression and purification,” she said.

Also, a population of yeast doubles in under two hours, compared with a human cell’s 12 hours.

“(With) human cell lines, it was usually about one Petri dish to keep the culture running… in a volume of about 10 milliliters,” she said. “The first time I grew yeast cells for protein purification in this lab, I grew 4 liters or 8 liters. The quantities were very different!”

The sheer number of yeast cells that can be cultured inexpensively keeps costs down for experiments, especially proteomic and metabolomic studies. 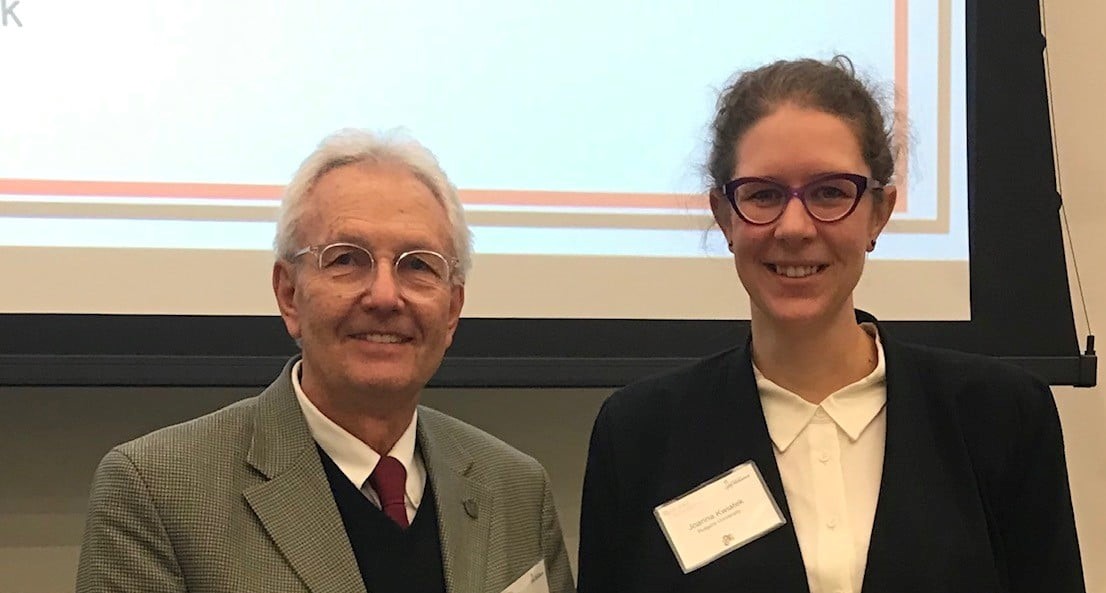 Courtesy of Joanna Kwiatek
Joanna Kwiatek works in the lab of George Carman, an associate editor for the Journal of Lipid Research, an American Society for Biochemistry and Molecular Biology publication. Read our interview with Carman, "Membrane maestro."

At the right place

The Carman lab at Rutgers University’s Center for Lipid Research has made numerous seminal contributions to our understanding of the regulation of phospholipid synthesis. (The ASBMB recognized Carman in 2012 with its Avanti Award in Lipids. In April, he was named a member of the society’s first class of fellows.)

In 2006, the lab reported the discovery that human lipin is a phosphatidic acid phosphatase enzyme.

The LPIN1 gene encodes lipin in humans, and the Lpin1 gene encodes it in mice. According to the AOCS Lipid Library, single nucleotide polymorphisms “have been negatively associated to serum insulin levels, circulating cholesterol in low-density lipoproteins, and the occurrence of diabetes and obesity.”

Mouse studies indicate that “unlike many obesity-related genes, lipin is predominantly expressed in and exerts its actions on peripheral tissues and, thus, may be a novel peripheral target for the treatment of obesity and/or lipodystrophy.”

Human studies also have shown that the LIPN2 gene is associated with Type 2 diabetes and abnormal fat distribution.

The Carman lab has modeled the regulation of phosphatidic acid phosphatase in yeast cells and observed phenotypic and cellular defects from its deficiency, such as reduced lifespan and programmed cell death.

Yeast Pah1 shows homology to mammalian lipin — overexpression of which results in obesity in mice.

“To fully understand why the mice are getting obese, it’s simply easier to study in yeast, because we can digest the entire pathway into very small bricks and study each of the elements,” Kwiatek said. “We can make changes in each element of the pathway to study them at the molecular level in yeast cells, rather than treating mice.”

Mutations influencing one gene at a time are also easier to manipulate in yeast models, rather than a large organism like a mouse. Unlike with human cells, single-deletion mutants can be studied in diploid and haploid cells of the same organism.

“In terms of doing mutations or deletions, very often other processes of the cell may be affected,” said Kwiatek. “When we do a mutant of the protein that we study, usually cells will suffer. For example, they don’t grow, or they are getting larger, or they might even die. This influences the behavior of the cells and the organism.”

Kwiatek is hopeful that her research will ultimately be applied to controlling lipid homeostasis in humans.

“The reactions that happen in yeast cells also happen in higher eukaryotes. That’s why, by understanding the molecular mechanisms in yeast cells, we are also able to understand how it happens in mice and humans,” Kwiatek said. “It’s simply easier to perform experiments on the less complex model.” 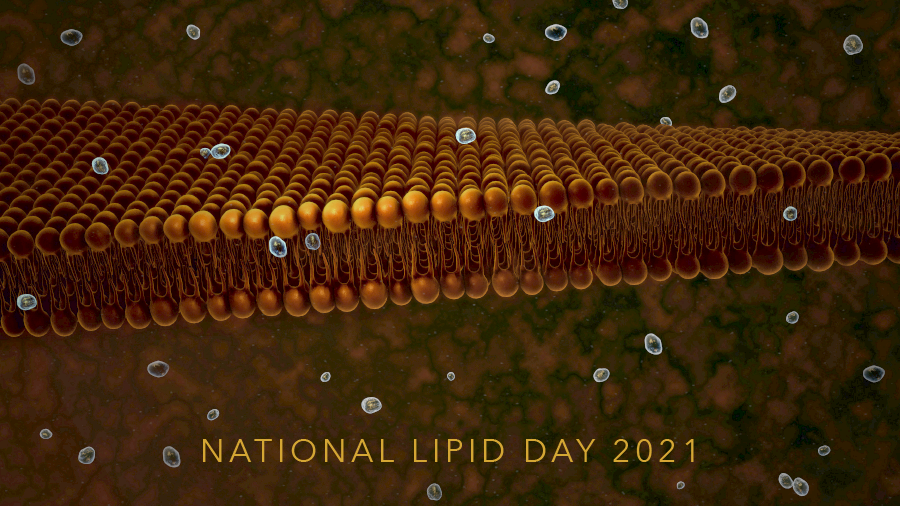 Most of the time when people in developed nations talk about dyslipidemia, their concern is hyperlipidemia, or a high level of cholesterol and fats in the bloodstream.

It is important to have some level of lipids circulating in the blood, but very high levels can result in atherosclerosis. Also known as arteriosclerotic vascular disease, this is a common cause of angina, heart attack and stroke.

However, hypolipidemia, or lack of fat in the blood, is also a dangerous condition that can indicate malnutrition, hyperthyroidism, cancer and other diseases.

Lipoproteins, which are proteins that carry cholesterol and triglycerides to aid in their circulation around the blood, have different effects on cholesterol levels.