How plants use lipids to protect themselves from freezing

Freezing temperatures can kill certain plants, while others adapt to survive cold winters. And a sudden cold snap can damage or kill even winter-hardy plants.

Zachery Shomo, a graduate student at the University of Nebraska–Lincoln, studies how lipids protect plants from freezing and dying. He will present his recent research on Friday, 11:15 a.m. EDT, at the 2021 ASBMB Annual Meeting. 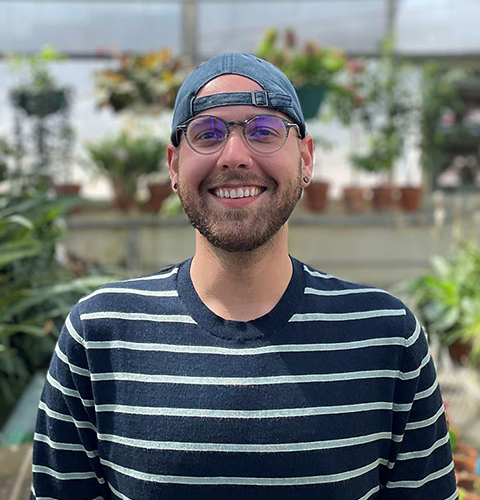 Courtesy of Zachery Shomo
Zachery Shomo, a grad student in the Roston lab at the University of Nebraska–Lincoln, is presenting his research on oligogalactolipids at the 2021 ASBMB Annual Meeting. 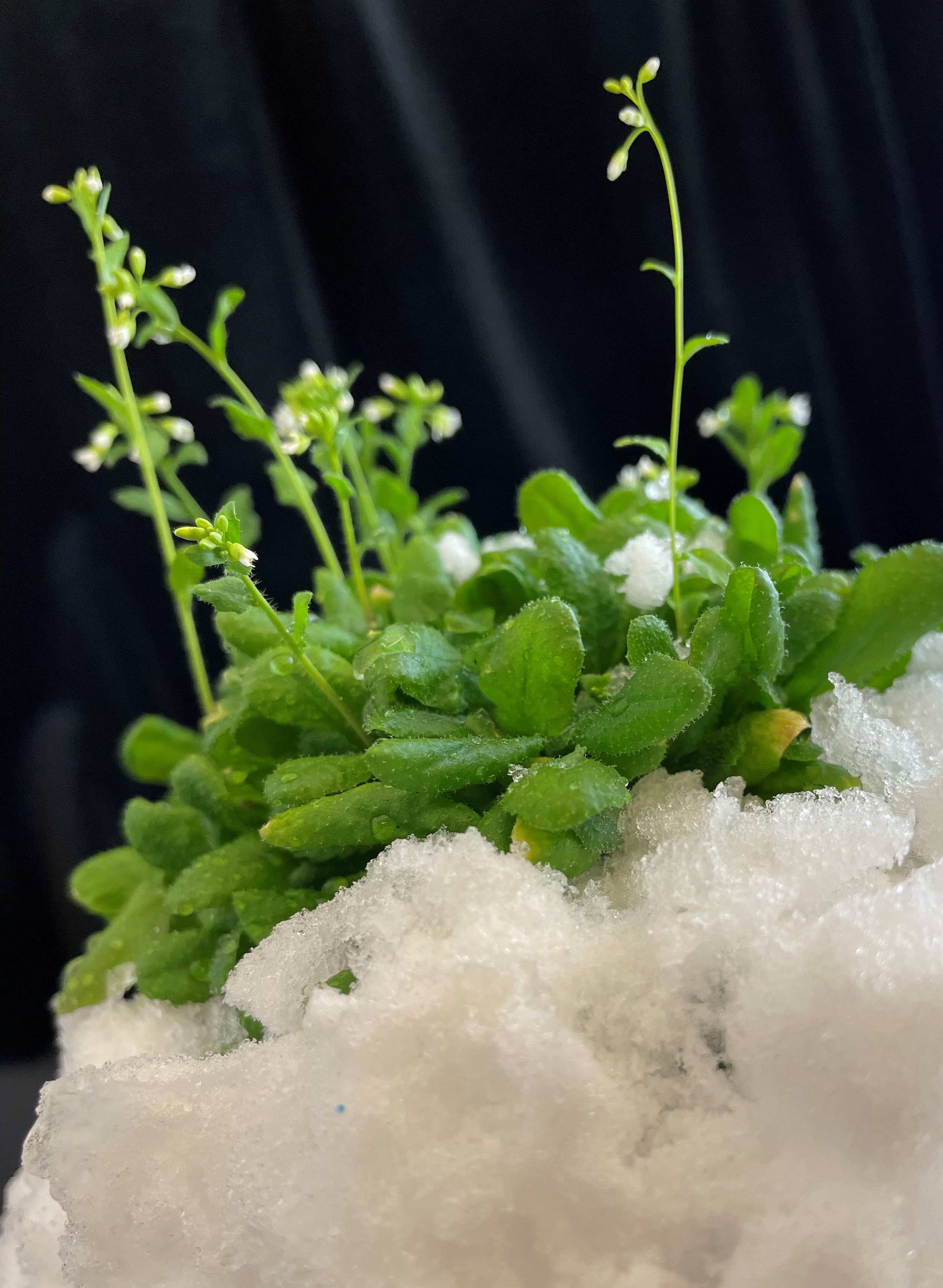 Courtesy of Zachery Shomo
Zachery Shomo and his fellow researchers simulated snow on an Arabidopsis thaliana plant with ice from the lab’s -80 C freezer.

“We would like to increase the ability of plants to withstand unseasonable climate events,” Shomo said. “In fall, when we have frost that occurs too soon, the plants are experiencing that cold stress before they are acclimated to do so.”

The opposite can happen in early spring when warm weeks might make the plants lose their protective ability.

Shomo works on SFR2, short for Sensitive to Freezing 2, an enzyme that spurs lipid remodeling in response to cold or freezing stress, producing lipids that have multiple sugar residues as a head group. “These lipids are essential for most plants to survive a freezing response, but we don’t know their functional role,” Shomo said.

This is the most interesting part of this project, he said: Researchers know so much about this enzyme, but there is much still to learn about how these lipids function to protect plants from freezing.

Shomo and his colleagues in Rebecca Roston’s lab have a few hypotheses about how SFR2 works to modify the lipid bilayer and protect the plant. The first is that the enzyme uses lipids that are not very good at forming bilayers as a substrate to produce oligogalactolipids, lipids containing two or more galactose molecules as a head group, to take their place. The resulting oligogalactolipids then form a more stable bilayer and protect cells. Another hypothesis is that as the temperature drops, plant cells start to accumulate different chemicals to prevent the liquids in them from freezing, and oligogalactolipids might interact with these as well. A third hypothesis is that these lipids act as spacers, preventing the membranes of different cells from fusing during freezing and keeping the cells’ structure intact.

By understanding the metabolic signals that are activated to protect plants from freezing stress, the researchers hope to devise ways to increase cold tolerance in crops.