When Renate Schreiber was 17 years old, her mother suggested she take on a traineeship to become a research technician in biochemistry.

“By luck,” she said. No one in her immediate family was a scientist. Her mother was an Austrian farmer. 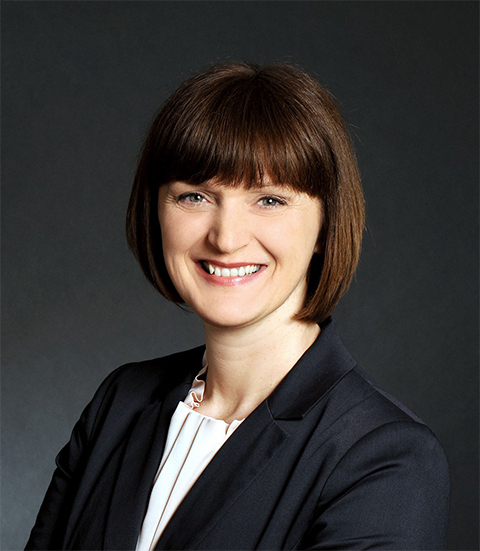 These days, Schreiber climbs high Austrian mountains in her spare time. Reaching the summit, she is reminded of the rewards of writing a research paper.

She practices yoga and swing dances. “It frees my mind completely,” she said.

And Schreiber, a senior scientist at the University of Graz, studies fat breakdown in adipocytes.

“Usually people think fat is just annoying,” Schreiber said, but she describes neutral lipids in adipocytes as a “safe harbor.” Without them, excess fatty acids would “overflow,” she said, into tissues not specialized to store them: tissues in the liver and the heart.

After her traineeship, Schreiber’s work as a research assistant (and, later, a visiting scientist) took her to labs in Sweden and the United Kingdom.

Working closely with postdoctoral fellows, including women who were successful in science at the turn of the millennium, motivated Schreiber to “change my path and go deeper into science,” she said.

She returned to Austria to take her qualifying exams and entered university studies in biochemistry at the University of Graz, where she earned a master’s and a Ph.D. and did her postdoctoral research before joining the faculty in 2019.

“Reach out to people,” Schreiber advises, knowing a single conversation can yield fruit in abundance, a safe harbor, an overflow.

I lost the keys to my fat

Without this enzyme, fatty acids (not the overflowing ones, just the standard amount needed for energy or for the waggly tails in a cell membrane) couldn’t be released; they’d be trapped in storage.

It would be like losing the combination to unlock your bike.

Mice given a drug to inhibit ATGL are forced to keep their lipid bike on lock, research by Schreiber and others showed in 2017. This was predicted by her earlier work in 2015.

Paradoxically, the mice don’t become obese even when fed a high-fat diet. For one thing, mice with reduced triglyceride breakdown respond by reducing triglyceride synthesis.

Think of it like this: If you could no longer unlock your bike, you’d stop locking it in the first place.

Schreiber suggests that shutting off lipolysis in the white adipocytes tested could be a key to treating obesity and metabolic disorders. Her lab is onto it.

Schreiber wrote the story of ATGL — its discovery and its manipulation in mice and in people — in the 2019 review “Of mice and men: The physiological role of adipose triglyceride lipase (ATGL).”

White adipocytes are specialized for storage, while brown ones keep us warm.

Schreiber finds it interesting that, in deleting ATGL in brown adipocytes, mice maintain normal body temperature and nonshivering thermogenesis; this challenges dogma. Lipolysis has been considered essential for thermogenesis. Is it?

At Discover BMB, Schreiber will discuss what happens to thermogenesis when both ATGL and its protein partners are pinned down.