Cholesterol carried in high-density lipoprotein, or HDL, particles is called the good cholesterol because people whose levels are high have a lower risk of developing heart disease. That link, established in 1977, has been confirmed over and over. But in the last 15 years, a string of drug candidates that failed to raise HDL, along with genetic studies that dispute a causal link, have led researchers, including Nathalie Pamir of the Oregon Health and Sciences University, to reexamine why HDL is a good predictor of cardiac mortality.

“Around 2010, the belief was that HDL doesn’t matter with regard to cardiovascular disease risk,” Pamir said. “But now, we understand that there’s more to HDL than HDL cholesterol level. Now, the more we dig, the more exciting biology we discover.”

In the Journal of Lipid Research, Pamir and colleagues report on their work with an underappreciated HDL component: its proteins. In a genetic study of the HDL proteome, the team showed that a mixture of heritable and environmental factors drives variation in protein makeup of HDL particles. The approach may help unpack the lipoproteins’ puzzling relationship to cardiovascular mortality.

Pamir isolated and analyzed the proteome of HDL particles from the Hybrid Mouse Diversity Panel. The panel, developed in the University of California, Los Angeles lab of senior author Jake Lusis, includes both common lab strains and hybrid strains, each inbred to homozygosity. The hybrid strains remix the same core gene pool and offer an unlimited supply of genetically identical mice.

The team measured some clinical features of each healthy chow-fed mouse, such as HDL’s ability to suction cholesterol out of macrophages in the plaques in the blood vessel.

“We interrogated as many traits as we could and treated each protein that gets associated with HDL as a trait,” Pamir said.

In a process known as quantitative trait locus mapping, they correlated each trait they measured to the known genetic landscape of the hundreds of mice to reveal genetic loci that affect each protein or function.

The team found single-nucleotide polymorphisms linked to cholesterol efflux capacity and several linked to the presence or abundance of certain proteins. Correlation between proteins hinted at complex interactions within the HDL proteome.

According to Lusis, this study is “the first time where you can see how genetics … could paint a really useful picture of how the different HDL components interact.”

While some proteins were present in almost every strain, other components varied among strains or even among genetically identical individuals. The team interpreted the latter group as responding to environmental and metabolic changes in each mouse. For Pamir, they confirm a new way of thinking about HDL’s activity.

“It’s almost like a tiny Velcro ball that is rolling on surfaces, infiltrating intercellular space … and sampling from the environments that it’s been in,” she said.

Exposure to microinflammations caused by changes as small as social hierarchy within a cage of mice may change what HDL picks up. 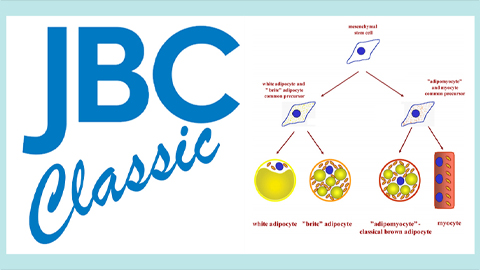