Chemotherapy, which kills rapidly dividing cancer cells to prevent their spread throughout the body, is a commonly prescribed treatment for many forms of cancer, but it can result in painful and debilitating side effects. One such side effect, chemotherapy-induced peripheral neuropathy, is caused by damage to one or more nerves; weakness, numbness and pain begin in the hands and feet and can progress to other parts of the body. Three classes of therapeutic chemicals cause peripheral neuropathy: platinum-based agents, taxanes and the proteasome inhibitor bortezomib. Discontinuing therapy with these drugs is the only treatment. 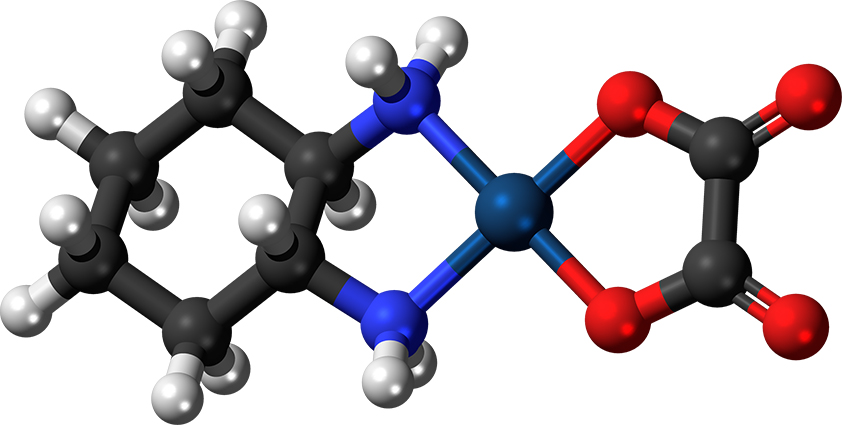 Jynto/Wikimedia Commons
This is a ball-and-stick model of the oxaliplatin complex, an anti-cancer drug. Oxaliplatin forms inter- and intra-strand cross-links in DNA, preventing DNA replication and transcription, causing cell death.

In a study published in the Journal of Biological Chemistry, a team of researchers led by Raymond Herr and Raghav Sundar at the National University of Singapore Yong Loo Lin School of Medicine write that oxaliplatin, a platinum-based chemotherapeutic, alters the activity of S1P, a lipid-based signaling molecule that reduces neuroinflammation. S1P interacts with five receptors, S1P1-5, which are expressed differently across various tissues and activate a range of intracellular signaling cascades.

The researchers first examined the effects of platinum-based drugs on plasma S1P levels in human cancer patients and found that oxaliplatin treatment increased the d16:1 S1P species. This increase shifted the balance of S1P interaction with S1P2, which, they argue, may provide a mechanistic explanation for the toxic side effects affiliated with oxaliplatin. To test this, the researchers used a rat model of chemotherapy-induced neuropathy to show that a selective agonist targeting this molecule reduced neuropathy symptoms, indicating the therapeutic potential of targeting S1P2 for treatment of the neurotoxic effects of platinum-based chemotherapeutic agents.

How stress-induced RNA–protein complexes are formed

Under duress, cells initiate a stress response that often leads to the interruption of protein building and the formation of stress granules, RNA–protein complexes, in the cytoplasm. Though the function of stress granule, or SG, assemblies remains largely unknown, they are thought to affect cell death and modulate a cell’s response to viral infection by holding mRNAs in an inactive state until cells recover. RNase L, an antiviral enzyme that cleaves RNA, stimulates the formation of SG-like complexes, but researchers have not yet identified the similarities between these complexes and traditional SGs.

Using immunofluorescence, live-cell imaging and mass spectrometry–based analyses, James Burke and colleagues at the University of Colorado Boulder showed that the complexes formed in response to RNase L activity — known as RNase L-dependent bodies, or RLBs — are unique in their protein and RNA composition and are generated independently of SGs. They also showed that RLBs interact longer with elements in the cytoplasm, such as P-bodies, than SGs, suggesting that RLBs may differ in their ability to modulate cellular response to infections. These findings, which were published in the Journal of Biological Chemistry, increase understanding of how RNAse L contributes to cells’ antiviral response.

Histone deacetylase sirtuin 6, or SIRT6, an enzyme that regulates pathways related to aging, has garnered the attention of scientists aiming to tackle aging-related diseases. SIRT6’s many biological functions include regulating metabolism, suppressing tumors and improving glucose tolerance. However, researchers do not have a good understanding of the mechanistic details surrounding its activation.

In a recent paper published in the Journal of Biological Chemistry, Mark Klein and colleagues at the Wisconsin Institute for Discovery used activity-based screening toidentify compounds capable of activating SIRT6 to explore further its activation mechanisms. They discovered a novel activator of SIRT6 capable of increasing activity 18-fold to 48-fold and found that the amino acid Arg-65 is essential to this process. This work paves the way for the development of SIRT6-activating therapeutic molecules.

Understanding what drives the molecular effects of exercise and nutrient starvation is of medical importance. Skeletal muscle atrophy, a major health problem, results from a number of pathological conditions including spinal cord injury and neuromuscular disorders. Obesity-associated disorders also impose a health burden on society. The processes underlying these conditions are largely unknown. Researchers studying these mechanisms and developing therapies seek to identify targetable molecules that can alter metabolic processes.

Sestrins are a family of stress-inducible proteins that coordinate metabolic processes and respond to exercise and to nutrient starvation. In work published in the Journal of Biological Chemistry, Allison Kowalskyand colleagues at the University of Michigan provide new mechanistic details for how this response occurs. Their findings show that Sestrin2, a homolog highly expressed in the liver, requires the protein complex GTPase-activating protein for Rag subunits A/B 2, or GATOR2, to interact with mammalian target of rapamycin 2 and activate protein kinase B, an insulin-dependent kinase. This work identifies a new signaling mechanism that may be important for metabolism, the response of skeletal muscle to exercise and the progression of obesity-associated disorders.

Combating the flu with a fat

The 2009 H1N1 influenza outbreak, the first global pandemic in 40 years, triggered the Centers for Disease Control and Prevention to improve flu surveillance systems and highlighted the need for new approaches to treat influenza. A team of researchers led by Dennis Voelker at National Jewish Health in Denver modeled the H1N1 flu in dishes of cells as well as in mice and ferrets to demonstrate that anionic phospholipids, specifically phosphatidylinositol and palmitoyl-oleoyl-phosphatidylglycerol, or POPG, can disrupt viral infection by influenza. When the researchers challenged mice with H1N1 flu, all the mice treated with POPG survived, compared to no survivors among untreated mice. POPG also rescued ferrets from flu-induced inflammation.

This collaborative study, published in the Journal of Biological Chemistry, shows that lipids can disrupt flu infection and lays the foundation for development of new therapies.

A novel approach to septic shock leads to a prospective new therapy
Caleigh Findley
When scientists become allergic to their research
Hannah Thomasy
In mice, a mother's love comes from the gut
Bill Sullivan
From the journals: MCP
Kian Kamgar-Parsi
Understanding the protein defects that cause Charcot–Marie–Tooth disease
Isha Dey
Transport of O-palmitoleated Wnts: Where does the lipid go?
Rie Nygaard & Filippo Mancia 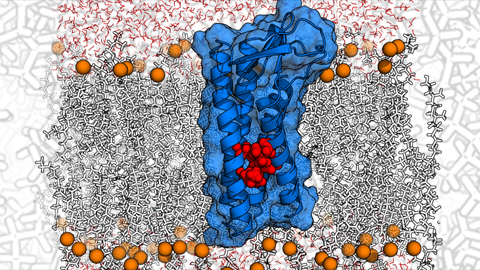 Researchers at Vanderbilt University discover a correlation between cell levels of PMP22 and its misfolding in this inherited neuromuscular disorder. 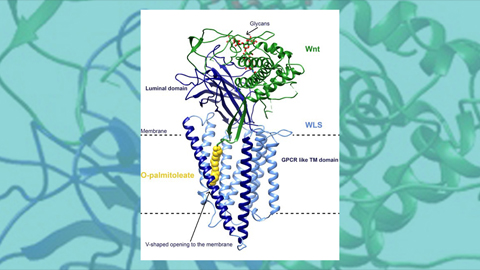 Transport of O-palmitoleated Wnts: Where does the lipid go?

These ligands are secreted to the cell membrane bound to their dedicated transporter. The authors describe the structure of this complex with the essential lipid.