How does the sugar O-GlcNAc regulate nuclear and cytosolic proteins?

In July, scientists from around the world will gather at the University of Georgia’s Complex Carbohydrate Research Center to discuss how post-translational modification with the monosaccharide O-linked N-acetylglucosamine, or O-GlcNAc, regulates nuclear and cytosolic proteins.

The meeting, titled “O-GlcNAc regulation of cellular physiology and pathophysiology,” is co-organized by two professors at the University of Georgia: Gerald “Jerry” W. Hart and Lance Wells.

ASBMB Today recently spoke with Hart and Wells about the field of O-GlcNAc biology and the upcoming meeting. The interview has been edited for length, style and clarity. 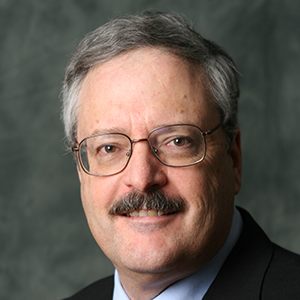 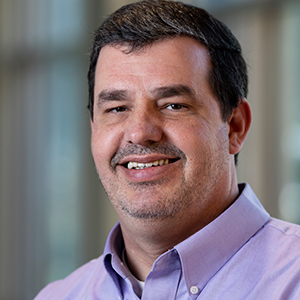 How did you each become interested in O-GlcNAc biology?

Hart: Do you want me to start, Lance?

Wells: Since you discovered the field, that’s probably a good idea.

Hart: So, we discovered O-GlcNAcylation in 1983 when we were probing cells of the murine immune system with bovine milk galactosyltransferase as a way to detect terminal GlcNAc residues on living cells. It took us about a year before I believed the results, because it was so surprising to see the monosaccharide added to proteins inside the nucleus and cytoplasm rather than outside the cell.

It took a few years before my lab really started working on O-GlcNAc in earnest, but it’s been our primary focus for the last three and a half decades. In that time, our group and many others have shown that it’s a nutrient sensor that detects glucose and other nutrients and subsequently modifies proteins. It’s involved in virtually everything the cell does, including transcription, translation and mitochondrial function; as a result, it’s directly involved in diseases of aging — like diabetes, cancer and Alzheimer’s.

Wells: It was the mid-to-late 1990s, and I was doing my Ph.D. at Emory University studying galactosemia and sugar nucleotide metabolism. At that time, the field of signal transduction was really taking off. I was asking myself, What am I going to study for my postdoc? And how can I be involved in the signal transduction field and still think about how cells respond to nutrient metabolism?

I stumbled across O-GlcNAc, which was still pretty new, and decided that if I was going to do a postdoc, I might as well work with the person who discovered the modification. I interviewed for a postdoc with Jerry, got the position and joined his lab at Johns Hopkins University for five years. After that, I set up my own shop here at the University of Georgia; we work on O-GlcNAc and other O-glycans involved in human disease.

Why did you decide to co-organize a meeting focused on O-GlcNAc regulation?

Hart: Right now, over 8,000 proteins are known to be modified by O-GlcNAc, and that number gets bigger and bigger every day. This meeting will cover large areas of biology, all focused on how cycling this sugar modification regulates various things in biology. There have been one or two other international meetings on this topic, but nothing at the scale we’re planning, so we’re very excited. We’ve invited the top people in the field to come to Georgia. I think we will learn a lot, and I think the meeting will advance the field.

Wells: We’re both really excited about this meeting. We’re bringing in people who have expertise in various areas, because O-GlcNAc is similar to phosphorylation in that if someone said, “What does phosphorylation do?” that’s not a simple answer. It’s all context dependent. Unlike phosphorylation, there’s only a single enzyme that puts O-GlcNAc on and a single enzyme that takes it off, which makes thinking about regulation of this modification really fascinating. Additionally, the O-GlcNAc field has really taken off recently due to people studying some other biological phenomenon running into O-GlcNAc; we are targeting those people with this meeting.

What sessions are you most excited about?

Hart: All of them, frankly! We’re not covering all the topics that O-GlcNAc is directly involved in, but we are inviting people that we think are doing the most exciting work in the field. We’re starting out with fundamentals and then going into the biology. What are the functions of O-GlcNAc and can you understand them at the site level?

Wells: We’re going to start off talking about the cycling enzymes — O-GlcNAc transferase and O-GlcNAcase — which still aren’t well understood, so I’m really excited about this first session. Then we’re going to go into the most well-documented functional roles of O-GlcNAc: regulation of gene expression and of metabolism. Finally, we’re going to shift over to pathophysiology — and based on my background studying disease, this is really exciting to me. We’re going to look at the role of O-GlcNAc in immunity, cancer, and neuronal function and disease.

What current challenges in the field do you hope to address at the meeting?

Hart: It’s actually a very difficult field: You have to be knowledgeable about not only biochemistry but also glycobiology and specific analytical methods like advanced mass spectrometry. There aren’t a lot of tools available to study O-GlcNAcylation; in particular, site-specific antibodies are very rare and hard to make because of the small size of the sugar.

Another limitation in the field that is only recently being addressed is that all of the experimental methods we have change O-GlcNAcylation on all 8,000 proteins simultaneously, which makes it a little hard to figure out the biology. We need methods to change O-GlcNAcylation one protein — or even one site — at a time. It’s challenging but also very exciting.

Wells: One of our goals for this meeting is to welcome people new to the field of O-GlcNAc regulation. Nearly half of all the talks are going to come from abstract submissions. A lot of the invited speakers are the who’s who of the field, which is great for new investigators, because they’re going to get the opportunity to interact with these researchers in an intimate setting, to develop collaborations, to find out whose lab has which tools, and to discuss the strengths and weaknesses of certain protocols. Distributing this information and more will help the field move forward a bit faster and will welcome new people to the field.

What tips do you have for submitting abstracts?

Wells: I would follow up with that and say, “What is the gap in knowledge that you’re trying to fill, and why is that important?” And one of the things I always tell my students in my lab is to let your enthusiasm come across in your abstract. This isn’t a manuscript publication that needs to be formal.

Is there anything else you’d like prospective attendees to know about the meeting?

Hart: It’s going to be a lot of fun! We’re going to have good social interactions, since it’s still a relatively small field. It’s going to be a really nice time to get together with colleagues and share your trials and tribulations. And, I have to say, Athens, Georgia is a really nice place — it’s a pure college town, the weather here is great and it’s easy to get around.

Wells: I think it’s important to mention — especially for people coming to O-GlcNAc regulation from a glycobiology perspective — that we’re going to have the meeting at the Complex Carbohydrate Research Center, which is probably the largest concentration of glycobiologists in the world — definitely in the United States. It’s a beautiful, 144,000-square-foot building where everybody does glycobiology and knows what the blue square means. We all talk the same language, and that’s really useful. (Author’s note: In the symbol nomenclature, the blue square represents GlcNAc.) 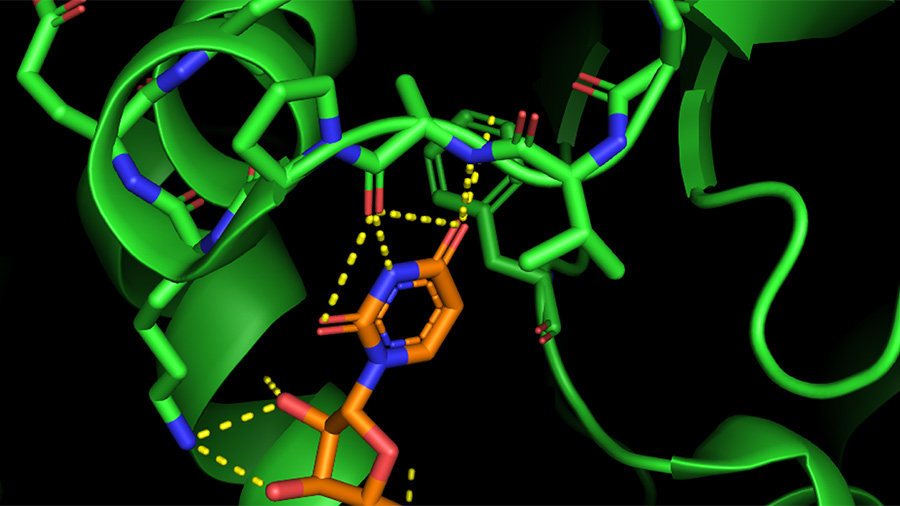 More about the meeting